Whelp, somewhere between 'Air Man' and 'Slash Man' I became 'Sick Man'... can't sleep, coughing, sore throat, etc., hence the delay in posting this third and final debut mix from The Robot Museum. Most of the earlier robot masters utilized strong & intuitive elemental or conceptual powers, and were named accordingly. 'Yamato Man', not so much... but he DOES provide a rhyme with 'Clamato, Man!!', if you ever truly needed one. The Mega Man Wikia site informs us:

"Yamato Man (ヤマトマン Yamatoman) is a combat Robot Master modelled upon a samurai. Although his armor appears to be heavy, it was made thin and as light as possible to improve his mobility, but reducing his defense."

Good to know, in a pinch. Mr. Morse writes:

"I've always found Yamato Man to be one of the most bad-ass robot masters and attempted to portray that in the arrangement. This was definitely one of the most fun to put together on the album. World instrumentation, electronic beats, jazz interpretation, and pentatonic scales make for a good time."

They really do; some of the beat-mangling and heavy flanging towards the end is super-slick, segueing out of that with an exposed koto motif was sweet, and overall this mix might be the most fun & accessible track on the album. The specific blend of ethnic, jazz, funk, disco, & electronica is something that has Joshua Morse written all over it, and again shows that while the overall aesthetic to the album might be jazz/funk/fusion, there's tons of room within that space to play around, and the artist has taken full advantage of that. Great ReMix, great album - congrats to Joshua Morse for his grand opening of The Robot Museum!

Whoa, funky yet features an ethnic sound. I love Joshua's work in general (as I repeat ad naseum), and this song is no exception. This track is unique with the asian ethnic sound approach to it, being in a lot of ways heavier than Joshua's normal funk heavy sound. I like seeing this branching out of style that has happened more recently in Joshua's work, and here we even have some crazier electronic effects about 2/3 of the way through the song.

Just an overall package that keeps things fun and yet features a unique flair.

Heh, nice funky-semi-Japanese ReMix you got here, Morse. Yamato Man really was ridiculous, but his theme was still good, and you really expanded on it with some groovin' jazz beats. I love how you were able to keep some ethnic feel to this ReMix while making it into something you can really dance to. I wasn't crazy about the glitchy part right around 2:50,but other than that one small thing, I loved this tune. Truly nice work, man.

Hehe, Yamato Man - clearly one of the more more ridiculous Robot Masters in terms of design; no one had any idea that it would end up being one of the more quirky and rememberable robot masters in the entire series.

Even here it's an appropriate tribute - fusing together Morse's signature beats with traditional instrumentation, the source has been handled in a very tasteful funk while going through strictly pentatonic scales (appropriate given the source selection). The source itself is handled tastefully; appears hidden within the mood build in the intro before making more of a dignified presence around past the 1:30 mark. That similar presence is made within the last minute too, though there's even some original writing merit at 2:30 as the source manages to take a backseat through some solid gate manipulation and a well programmed shakuhachi solo - one of the huge highlights of the track for me.

This to me feels like bliss; just like with "Slash Claw", he paid homage to Yamato Man's roots and fused it with his signature funk-driven style with this tasteful, well programmed arrangement. A great way to pay homage to an otherwise overshadowed title in the classic Mega Man series

Again, here's what I've said about this track.

Ooh, what a vibe right off the bat. I liked how Yamato Man had the rivalry with Knight Man and Tomahawk Man. But he got named JapanMan in EXE sooo… Then again, Tomahawk Man became TmhwkMan. Source at 0:37 or so. Groovy and funky, with great source usage and ethnic feel to it. But that quickly gives way to the funk. Everything gives way to the funk; such is the way of funk. Breakdown at 2:29. Source returns at 3:00. This is phenomenal; Mega Man ain’t ever been this sexy! The end is near at 4:20 or so.

Funk bias? None at all. Don't believe me? Listen. The creativity in this... the pure awesome bottled inside... you could sell it and make a fortune. AND ITS FREE.

MOAR MORSE CODE FOR ME, PLEASE!

Awesome semi-club-banger mixed in with some kabuki drama; It really can't be said any better than WesternZypher did.

I really enjoy the hard panned synth/stacatto panflute/whatever that enters in at 2:01, and the steady beat and sidechained synths sound great pulsing underneath some more organic sounds. The ending is straight up crazy robot malfunction, and it sounds *awesome*.

It was well made, and a lot of people are going to like it, but it was way too laid back for me.

@GTAHater836 Vurez has mixes for ALL the MM6 Robot Masters, he just didn't get them all posted here. They're on his site.

It's smoov like butter, but gotta that tangy funky kick of wasabi mixed in.

This is my favorite track off the album. The instrumentation really gives it a distinct feel. I love it!

Call it instinct, but I knew this would be next. Back in 2006, Vurez made 4 Mega Man VI remixes, but this is the first one by someone else. I hope either Dust Crusher or Power Stone is next after this. I hope the other 3 robot masters for MM VI get a track soon. 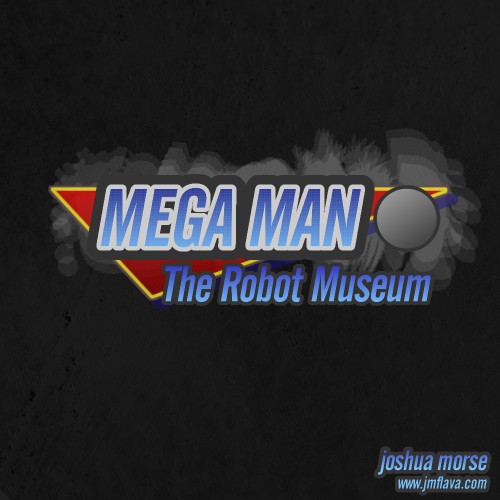