By The Dual Dragons

"Character Selection Screen", "In the Beginning...", "The Subway"

Badass duo The Dual Dragons had two mixes in 2009, and both of them were hot. It's taken awhile, but now they're back, finally restoring Mortal Kombat to its rightful place among the games/series ReMixed on OCR. Some of you may recall that we actually had a pretty kickin' MK mix from Beatdrop at one point in time, but it had to be removed because alas, the ever-popular "read off the character names in a deep tenor while not breaking out into laughter, then have a dude shout "Mortal Kombat!!" as if his spleen was being removed" source tune wasn't actually written specifically FOR the video game. Yes, sometimes our specific definition of VGM prevents some otherwise badass music from being posted, but it also prevents every last Guitar Hero, Rock Band, Star Wars, etc. track from diluting what we mean when we talk about video game music, and we think that's kinda important.

But enough about ideology, let's talk about ripping people's spinal columns out... the MK games are of course famous for their controversial amount of violence, dark humor, questionable hitboxes, more or less ripping off Big Trouble in Little China, and the idea that Christopher Lambert could play a god, in any context. While not as memorable as Capcom's SF2 tuneage, MK nevertheless had some good musics to listen to while enjoying kitsch Kung-Fu ultraviolence and finishing him/her, courtesy series composer Dan Forden. A different Dan, Mr. Johansen, writes:

"We've always been huge fans of the Mortal Kombat series. No series of fighting games have been as brutal, as bloody, as cool and memorable as the Mortal Kombat franchise. We've played the games since the very first one and always loved the music. A lot of it doesn't really need any ReMixing, but hell, we had to do it, it's such great stuff!"

Their appreciation comes through in this rock/metal medley that even features excited, intuitive utterances like "Fight!" and "Get Over Here!," a fine reading of portions of the character roster, a nice shuffling pentatonic groove motif, and an energy that embraces the feel of the game, coupled with in-your-face guitars that scream, slide, and whammy your anatomy into bloody bits of unidentifiable carnage. Soloing towards the end is ridiculous and was the highlight for me, but I also like the gong/shaku intro and the ending, which has no flaws. I could never take the MK games very seriously, but I don't think/hope you're supposed to; it's more the guilty pleasure, the over-the-top, goofy, badass, adolescent dream - not unlike professional wrestling, but without (most) of the homoeroticism. I think this ReMix conveys all of that REALLY well, packing in some supreme guitar noodling at the same time. Kudos to the brothers Johansen for bringing MK back to OCR!

Just posting a source tune breakdown for anyone interested! Great work here by the Dragons!

This mix is pretty badass - it's definitely one that you headbang to. I can't help but laugh at the vocal clips inserted here though. The song is nice, although I can't help but wish it was longer. I feel like there's room for more crazyiness like incorporating the theme song. It's still a good solid listen to be enjoyed though

Sounds exactly like the kind of metal we were listening to when we were 15 and playing MK 3 or IV or whatever it was back then. Pretty much a perfect fit for me.

I was just waiting for the day a Mortal Kombat mix would be posted ever since I got here and it was well worth the wait. The Dual Dragons delivered hard! The gritty vocals fit the rocking energy the mix presented and I especially love what was done with The Subway. Those guitars and shaku parts didn't just fit the mix, it pretty much fit the series as a whole. Hopefully MK and some of the other fighting games that don't have much love will continue to shine through with this much skill from many more future ReMixes.

There is only one thing missing... 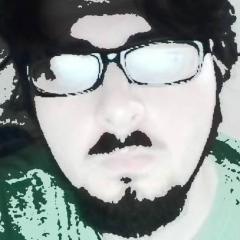 Hell yes!! about freaking time, MK has been grossly underrepresented on OCR over the years i'm glad to see a mix finally posted on the site.

You guys are quickly becoming (in my book) the most talented artists on this site.

The Metal will live on!

Had this track for awhile now from Dual Dragon's website. Quite possibly the coolest MK remix I've listened to. Great energy and suitable, well-sung vocals. Definitely a keeper.

I have one word for this: "BRUTALITY"

this is bloody awesome

BTW, whatever happened to Beatdrop's track after it was taken down? Anywhere it can be downloaded?

Next time I play UMK I'm turning the music off, the sound effects to max, and playing this song on my laptop.

BTW, whatever happened to Beatdrop's track after it was taken down? Anywhere it can be downloaded?