ARE YOU READY TO ROCK?!

Back in August of last year, we received an awesome C64 Deflektor submission from self-described German glam rock band Zero Division. The judges loved it, but the only problem was that they wanted it to be released after their latest album had come out, which ended up taking a good, long while. Like even longer than it NORMALLY takes a mix to get posted around these parts (gasp!)... nevertheless, the day has come, and I'm happy to finally release their unapologetically enthusiastic 'Cover Your Light' anthem! They've put together a great music video for it that you should definitely check out, too. Band member Rufus Blake writes:

First thing you might notice, after the intro FX set the stage, is that Christopher Walken was apparently present for the recording of this mix, and let's just say his temperature was running high. Yes, the now-infamous Blue Oyster Cult bovine bell figures heavily, as electric bass introduces that instantly identifiable melodic hook which more or less IS the source material. Angsty male vocals enter and for a second, you might have some doubts, but then the chorus comes in and... fugettaboutit. That's some catchy, foot-tappin', manscreamin' 80's rock hook, right there. OA writes:

"Haha I love this so much. The 80's arcade/mall ambience, a great source that really fits the style well, and a solid performances all around. The mix wasn't amazing, and i think the guitars could have come up slightly, but the rest was awesome, with solid vocals and great harmonies. The lyrics were fun and great for singing along. I was totally expecting a shredding solo and then it went into the breakdown, nice changeup! Then dual leads into the solo. Super great.... If I was an 80's chick, i'd totally throw my panties onstage to this."

CAN'T UNREAD... Anyhow, this is a great example of extending a basic source hook/motif into an entire song, and it takes me straight back to the decade of my youth. At the time, we'd have earnestly described such music as radical, bad (the MJ kind, R.I.P.), blazin', and perhaps even dudical. If this mix doesn't land squarely in the part of your brain that will insist on it sticking around for years to come, being sung in the shower, etc., then there's too much in your brain, and you need to make room. Epic, instantly iconic Deflektor mix from Zero Division - glad to have it on OCR, glad to see more C64 love, and be sure to check out their other stuff at www.zero-division.com.

When i describe this to folks who have no idea about vgm remixes, I usually lead with "Bon Jovi-ish"

Universally, I've been advised this is a Good Thing(tm)

I still listen to it dig it immensely... some production issues, sure, but THAT ENERGY 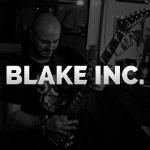 I just realized that I, too, haven't commented on this thread. I'm the vocalist / primary arranger of that ReMix and I never properly thanked you guys for the great feedback, the positive and the negative.

The other band members and I read every comment and took the criticism seriously. I agree with most of the issues Brandon raised. Six years later, there's a whole lot of stuff we'd be doing differently, especially production-wise. Even though we were still learning the ropes (and still are!), we had a ton of fun arranging this song. Even though Deflektor was (to this day) our only ReMix as a band, I'll hope to have more stuff for you soon.

So: Thanks guys, we/I really appreciate it.

I still remember when this was posted. Never commented on it.

If I had at the time it probably would have been brushed off as jealously or some shit. But yeah, daaaamn this song was not good. Between the mono rhythm guitar, which puts the bass up front.. the totally cacophony intro, and the egregious timing throughout the song... so, so bad. But the vocal work and leveling / panning was pretty great.

This is now a staple of my "zombies" playlist for Run, Zombies!. I don't know how I failed to fall in love with it sooner. Glorious.

^I shout this (and the rest of the chorus) and fistpump regardless of where I am. It is radical.

This is my favourite song on the site without question.

The intro (as well as the breakdown later on) with the pinball/arcade/mall background noise is a very neat idea, and the the bassline coming in a few moments later is great.

Have to say that most of the singing actually sounds more 90s than 80s to me, with the exception of the chorus which is all 80s, though that is also due to the awesome guitar work.

Solo starting around 3:10 is badass, too.

Catchy as all hell. More, please.

This is a remix?

Seriously, fantastic job and I think it was well worth the wait. Great job!

Man, this has got to be one of the catchiest things I've heard this week. First off, the music video linked to this was pretty cool. But onto the actual ReMix, this ROCKS! The drum and guitar work sounded good and the arrangement itself was amazing. It had an 80's power-rock sound going, so of course I loved it. The solo was short and sweet. Not to mention the lyrics were actually nice and performed well. Finally, that chorus? OH! *musicnote*. Definitely in my recommended list.

I enjoy songs like this that can cleverly hint at the game, but the lyrics don't blatantly mention it.

In short, I like lyrics that aren't all about the game, or games in general.

Amazingly catchy. I think it sounds a bit too modern compared to true 80s Glam but this is catchy as hell nonetheless. Rock on.

I had to login just to post how great of a remix this was. I watched the youtube music video and loved it! It's definitely one i'll be sharing with friends. And i'm definitely going to be checking out your other music after hearing this amazing mix.

Amazing work in fitting the vocals and rock into the game music itself. Loved it!

Hrm, this just isn't doing it for me. Don't get me wrong, it's a good song, I'm just not going crazy over it like everyone else I guess. As for vocal remixes/remix of the year talk, I enjoyed the Kirby Ska Buffet and Sir Jordanius' Smooth as Honey a lot more. Sorry

When I saw this on the front page, I thought "Holy crap another album?" When it was only one song I was disappointed. Then I heard the song, and holy crap its awesome! DE-FLEK-TOR!

I used to be a man who walked his own way all the time
I used to satisfy all my needs with the deeds I did alone
I used my wits to charm, sometimes harm all that is dear to me
I used  abused you, and your pain was my gain, it set me free

Cover your light, you're blinding me
Bring me the night  stop loving me
Shining so bright, deflecting sunlight that's
Burnin' my eyes, Deflektor!

I was shifting away, led astray  but you, you paved the way
I was unthankful too, denied you and who knew that it would be you?
I lie! I cheat! I'm stuck inside my greed
I hide! I run! I betrayed the one who saved me