Check out the page @ http://flight.ocremix.org, download & help seed the torrent, and as always, please help us spread the news! When halc said he was working on a Pilotwings EP, it seemed like a natural fit for an OC ReMix EP release; the series has been a little underrepresented over the years, halc always brings his A game, and I even managed to convince him to throw in an arrangement of the latest addition to the franchise, Pilotwings Resort, giving us our first 3DS ReMix! Joshua Morse set the whole "solo artist EP" precedent with Sonata of the Damned and followed it up with The Robot Museum, and in between was Mattias' Armored Core album The Answer, so this is (more or less) our fourth album that's been arranged/performed primarily by a single artist. The format lends a very different feel/scope than our larger community-driven releases, but I think Morse, Häggström Gerdt, and now Wheeler are all artists that can pull it off, and the tighter control and axiomatic consistency have been capitalized on. Of this new album, director & ReMixer halc writes:

Indeed. Well, let not his brevity suggest a similarly cavalier approach to arrangement or production; both are present & accounted for, and every single track is at or above the formidable barometer set by the artist's other mixes. Bottom line? If you love halc, you're gonna love this album, whether you've ever touched a Pilotwings game in your life or not. Of course, if you haven't, you should; Nintendo did something a little different with the franchise, eschewing animal mascots, good-vs-evil dichotomies, and basically narrative in general, to give players the vicarious experience of being in flight school. Relative to actual flight school, Pilotwings came in at a more accessible price point, and without the rational fear of being squashed, having your nethers burnt off by a jetpack, or being otherwise molested by the IRL forces of gravity and physics. As the great sage Tom Petty wrote, "I'm learning to fly / But I ain't got wings / Coming down / Is the hardest thing" How true that is... and was, as the original SNES game's Mode 7 graphics made every failed landing a visceral experience.

We start things off not at the beginning, however, but with the polygon-imbued follow-up, Pilotwings 64. So named because it was released for the Nintendo 64, a system so named because it had 64 BITS OF POWER. This might be my favorite cut off the album, as it's a downbeat, mellow, funky jam with sick, dirty textures and a baby-making bassline. Drew writes:

Music this good would actually be distracting in REAL porn (I WOULD IMAGINE...) since most of us would be going "DAMN I can't believe they got original music this good for... wait where's she gonna put that? WHOA..." Or something like that. I mentioned Morse with two previous solo albums, and I actually could have seen him doing his OWN Pilotwings album, as his style is complimentary to a lot of the source tunes. This arrangement actually has aspects of what I would have expected from him had he done so, but filtered through the 9-bit, chip-infused lens of Drew & Ben; it's really quite perfect. Just the break @ 2'19" - just that break, alone - sells me, but it's the overall context that makes it work, and I've got absolutely no criticisms I can think of. Amazing, sexy, truly delicious jam from P64 to kick things off - we've got two more on the way, but for now enjoy the mix, enjoy the album, and spread the news!

Smooth and chill with an upbeat flavor, especially towards the end. It's chippy, it's happy, it's Insert Rupee. There's nothing really more you can say other than you know it's great when these two ReMixers get together.

Ignoring the gripe, the song stands out as something fresh and different. The Ben Drew duo have proven to be quite prolific and this chip hybrid is just one of many unique songs in their arsenal.

Bobby is right, calling the mix 'sexy' or some derivative thereof just isn't sufficiently describing just how smooth and relaxing this tune is, but I was being a bit lazy there.

Kudos to his follow-up, which is more along the lines of how I normally comment, channeling the weather and moods certain songs evoke.

Lovin this one. Been playing it over and over. Perfect for the summer time, green trees and blue skies. Relaxing but still has some upbeat energy and nice power up sounds. Awesome baseline.like walking on a beach on a sunny day with palm trees and drinking a cold beer.

When NES characters make love, this song plays in the background. I seriously can't get enough of this song. That bass line and piano are sexy as hell. I can also imagine a gentleman with a silky smooth bass laying down some delicious vocals on top of this. Someone needs to make that happen.

Great song guys! I enjoyed the album, overall this is definitely my favorite track. 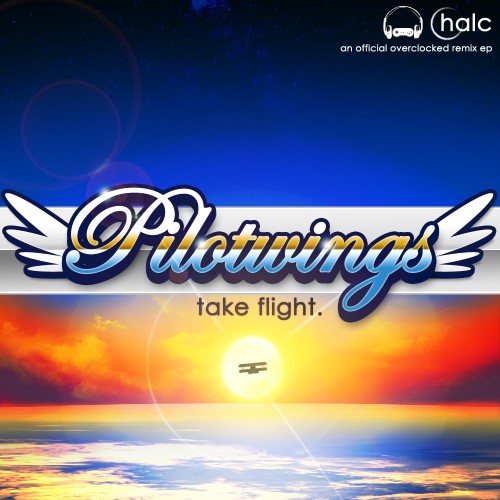