HomeReMixesChrono Cross "A Dream Between Worlds"
|

"On the Banks of a Dream: Another World"

Chris debuted last year on a Chrono Trigger collab w/ melody, and now returns on another collab with newcomer Avitron, featuring a lovely piano & violin duet of one of Mitsuda's most enduring melodies:

"Here is a collaboration of the well known Chrono Cross song, 'Dream of the Shore Near Another World' for violin and piano. Avitron, a YouTube musician asked me to partake in a collab with him, and he chose this song to play. He drew inspiration from 'River Flows in You' for the second half of his track, which was effective at adding contrast to the piece. Initially this was going to be a simple cover for YouTube, but I ended up playing around with the theme and doing some more improv like things, that made it more an arrangement/remix than a cover!

Chrono Cross was one of my favorite games, and the characters and story were so strong that they still resonate in me a decade after playing it. I drew inspiration from the sense of wonder surrounding the two worlds, and the complexities and depth of the characters in the story.

On a side note, I'm starting to combine YouTube covers with ocremix submissions. I think it is really cool to see a 'remix' being played, I imagine how cool it would be to see some of the well known ocremix guys playing their submissions :D"

Agreed; we're gonna work on a way of integrating official performance & music videos into the site (when they're available) next year - I think it would be a great feature. Amazing performance here; I'm REALLY glad they went with a more interpretive route because the extra improvisation & creativity heightens the emotional impact. The direct, straightforward recording and gorgeous melody over flowing piano reminds me a lot of Michael Nyman's score to The Piano. Simply put, this is a beautiful version of a beautiful source tune, both artists work together naturally, the video they made is an unpretentious & entertaining glimpse at the individual performances, and the whole thing is simple, pure, classy, & memorable. Great stuff, hope to hear more like it! 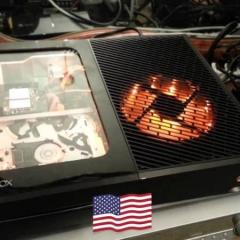 Wow...definitely one of my favorite remixes to date from Chrono Cross. I'll have this mix on a repeat for quite some time. Great work on integrating both the violin and piano. This piece flows perfectly.

Damn that violin sounds beautiful along with that piano. Probably the most lovely combination I can think of. Very nice rendition of the theme.

Wonderfully gorgeous - beautiful - and evocative, particularly the work around 2:06. Wow.

This song was one of those tunes in the game that snuck up on you. Despite being background music, it caught you by surprise and made you listen until you realized how beautiful it was.

This remix does it justice. Excellent violin work (which, as a huge fan of Chrono Trigger and Cross, is a perfect instrument to use for the more elegant or moving pieces), and the piano was spot on. Great job, guys. To do justice to Mitsuda's work is an impressive feat, to say the least.

I always viewed the music from Chrono Cross to be astounding album to listen to and glad to see more remixes done from this game. This mix reminds me why I love it so and the violin just makes this song pop in a way I didn't expect.

Plus, for some reason I'm picturing this song in a Lord of the Rings type setting as it gives off the same atmosphere as the beginning of the Fellowship of the Ring.

Violin could use some reverb, but otherwise very nice.

A Lovely rendition. Lively and warm.

Primary Game:
Chrono Cross (Square, 1999, PS1)
Music by Yasunori Mitsuda
Songs:
"On the Banks of a Dream: Another World"