SURPRISE ALBUM RELEASE! We mentioned this briefly at MAG but to celebrate the Apex 2013 fighting game tournaments going on THIS WEEKEND in New Jersey, DarkeSword & some talented ReMixers put together a short album featuring arrangements of the games being featured at the event!

You can grab the album here & the torrent here, and we've got some mixposts to celebrate! Up first is Mikeaudio, who follows up his intriguing & elaborate Sonic Heroes debut ReMix from 2011 with some good ole-fashioned Super Smash Bros action! The artist writes:

"The concept of this mix began when I first saw the thread in the forums by Darkesword regarding a CD of tracks for Apex 2013. ...Among the choices on the list of source materals, Super Smash Bros for N64 was on the list, and I chose it for a couple of reasons:

For me, one of my favorites from the game was the polygon team stage theme. As far as choosing the genre and style of the mix, I was thinking in terms of a mixture of Drum & Bass, rock, and a bit of a twist on classic electronic music as far some of the synth designs in the mix (not to mention a little chiptune intro). As far as the title of the mix goes, "Polygons are Inaccurate" basically stabs at the clonal atmosphere and existence of the polygon team and their imperfections during battle."

"Mike was one of the first guys who heeded the call for remixes for Apex. I had asked for something really high energy and he delivered in spades. I was very excited that he chose a song completely original to Smash Bros. as well; while most folks remember all of the classic Nintendo music in Smash games, the series has some killer original tunes as well. Some really rockin' guitars and great synth leads in this piece, along with some awesome dancey percussion that keeps things going. Love it."

Nice point about the source being specific to the game; glad that happened. Chip intro leads us in and then an aggressive amalgam of rock & electronica takes over after a nice fill @ 0'20". I love the blend of grungy bass synth and low-end rhythm guitars, and in general the energy here is great, production is pumpin', and the overall style fits the original melody perfectly. This might be my favorite track on the album; great stuff from Mikeaudio, glad to see him get a second mix posted, and kudos to Shariq and everyone who chipped in on making this album happen! Check out the Apex 2013 website for info on live streams, and enjoy the album!!

This could easily have gone in a BadAss album.

Especially love the last minute from 2:00. The whole track is just awesome.

Terrific chiptune intro. Good to hear a take on The Polygon Team in a rocking electronic combo that really drives in the percussion. Very crisp and clear in the production and cool arrangement, especially with the break at about 1:45. Excellent work on this ReMix, Mike.

Thank you everyone for the awesome comments! I'm glad that you enjoyed it and that it turned out

. I'm very happy to have been a part of this.

This is exceptionally polished and cohesive, especially considering how quickly this album was thrown together. I'm very happy to see more remixes of the Super Smash Bros. series coming out of this Apex album

Definitely an album favorite for me as well, you killed it Mike!

Great BGM for any classic side-scroller remade, for sure.

Mr. 0134, I did the next best thing and downloaded it for the Virtual Console because my Nintendo 64 had been lost. One of these days, they need to ReMix Master Hand's Residence*.

Mikeaudio strikes again! I absolutely loved your debut mix and then when I started listening to this... wow. I mean, the chiptune stuff was completely deceiving, and then it hit me hard with the guitars and drums and I could not stop grinning. This is fantastic, nice work man!

Badass! Love it. There's a lot of original music from the SSB series which has been unfortunately overlooked, Polygon Team Theme included. I love how this has been interpreted. Excellent combination of rock/techno elements. It's very progressive rock-esque. Kind of reminds me of the music of the F-Zero series in some ways.

Oh wow; this is super high energy. Makes me want to go find and dust off my N64 again

I agree, it's very nice to see the originals from that series getting some love.

This has me thinking... the "Break the Targets" theme from Melee is really, *really* catchy. I should see what I can do with that. 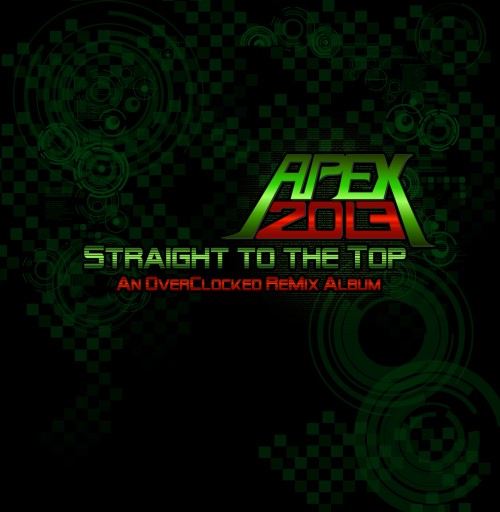