Newcomer CrimzonWolf777 (Damon Barlow) brings us a deliberate, atmospheric Super Metroid arrangement that merges 'Brinstar' & 'Maridia' & employs a hybrid synthetic/orchestral palette that sounds like it could be dropped right into a high-def remake of the game without anyone batting an eyelash:

"So I've been really scared to attempt to submit ANYTHING to OC ReMix because I still feel like I'm not good enough. But because someone screamed at me telling me to just do it, here it is. I've remixed a lot of game songs, and this one is my 1st submission. What made me put these two songs together was when I was playing Super Metroid and I was humming part of the Maridia area when I was in Brinstar. So I had to do it. I really hope everyone enjoys this song!"

Big thanks to whichever screaming someone out there was successful in their emphatic persuasions; the judges panel doesn't bite (except for Jesse) & resubmitting a mix isn't the end of the world, but rather a great chance to act on free feedback, if desired. And of course, another possibility is that the submission just passes, as this arrangement did. While on the long side & relatively conservative, Damon's mix oozes the type of cavernous atmosphere & haunting mystique that fits the Metroid universe perfectly. Emu writes:

"It's true that this is a pretty straightforward, conservative take that doesn't necessarily tread any new ground that we haven't already heard, but I have to commend you on the very well-conceived, well-sequenced, and well-produced mix here. To be honest, I truly enjoyed listening to this piece just in a bubble, but it took me a few listens to pick out all of the little nuances that you added to the melody to help personalize it and bring it up to OCR's bar... however, they definitely add up in your favor, and I think at the end of the day this is a great example of a well-executed conservative remix that people will enjoy."

I'd encourage Damon to color outside the compositional lines a little more in the future, but this is still a great debut that I'm sure plenty of folks will enjoy, the merging of the two themes is done well, and I'm looking forward to a follow-up.

I love mixes like this. Soothing, contemplative, ... "quiet". Aural remedy for what ails you.

Just awesome to listen to. I loved the arrangement of these two themes. Can't wait to hear more! Keep up the good work. 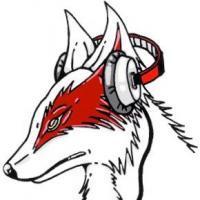 Thank you all so much! This means so much to me! I'll definitely try and pull out another remix. Not sure what I really want to do next though.

i really like that, it's not that fast like most of the others, and you could nearly hear the rain

I agree with the rain—the whole song gave that vibe; it presented the image of someone looking out a window or standing outside, staring solemnly into the distance.

The ambient atmosphere of this ReMix is so calmingly beautiful. I could relax to this all day or put it on in the background for moments when I need to focus. The length makes it perfect for that, so you don't have to keep hitting replay every two minutes. Nice debut with two great themes.

Loved this one. Nice and moody. Quite inspiring actually. Excellent, deliberate pacing.

i really like that, it's not that fast like most of the others, and you could nearly hear the rain

unfortunatelly i dont even know how to compose tunes. ideas..maybe, but no program and no "soundfiles" to compose

I felt it wasn't bad, but it could have used more rearrangement and original melody/ some counter-melody here and there. I didn't really hear any until after the six minute mark, around 4/5ths through the song.

Special props for making it past the judges with samples/VSTi's/soundfonts that aren't professional-grade. May I ask what you used for these?

Like DarkeSword always says, you DON'T need pro-grade samples to pass the panel.

Using what you have well always counts with the music here!

Great job with the subtle harmonies. This is the kind of thing I strive for myself. Special props for making it past the judges with samples/VSTi's/soundfonts that aren't professional-grade. May I ask what you used for these?

I'm not particularly a fan of that kick, but everything else was great. I noticed the strings were a bit plainly sequenced, but assuming you didn't have a thousand-dollar sample library, it was a good way of handling that. I didn't mind the length. I listened through the whole thing without fast forwarding or rewinding.