We're proud to announce the release of our 44th FREE arrangement album, Bionic Commando ReMixed: OK, We'll Groove, available for download @ http://bionic.ocremix.org and featuring twelve arrangements of Capcom's 8-bit grappling hook platformer, released in 1988 for the NES with music composed by Harumi Fujita and Junko Tamiya!! As always, we REALLY appreciate your help in spreading the word (tweets, likes, loud shouts, carrier pigeon, etc.) & seeding the torrent! Some noob named "Brandon Strader" stepped in as director and saved the project from oblivion:

"I stepped in to help finish the album on October 31st, 2012, when it was announced that the project may face cancellation. I did NOT want that to happen! I hope you will find, like I did, that the music created by these talented and dedicated individuals was worth fighting hard for. Thank you so much to everyone who worked on this album (even those from years ago who are not on the final) and, of course, John Revoredo (with an assist from WillRock) who founded the original Bionic Commando album. The love for this great game felt by these artists is admirable, and has created a memorable album. We hope you enjoy it!"

Not every project reaches the finish line, and some fall by the wayside for one reason or another; this is a classic 8-bit OST that deserves some special attention, and I'm glad BS came in for the alley-oop. First up we've got Rockos, who follows up his Super Mario World dubstep debut from almost a year ago with this lofi-fakebit-chiptune-electronic groove that still incorporates some dubstep elements but has more of an emphasis on mangled waveform nostalgia. He writes:

"Bionic Commando: A game I never played. But still, who cares if I did play it or not? The fact is that the music from this game is really cool, like many other NES games. This is why this game deserves so much love from the community. Also, I got a personal invite from Brandon and I thank him for doing so. I had a lot of fun and I'm sure others did as well! I also thank those who took time to listen to this remix, and the whole album."

Roch clearly had a lot of fun playing with NES-style timbres & textures and tricking them out; good use of ritardando, a very militant, alarming soundscape, and plenty of in-your-face bass. Changeups keep things interesting, and the source tune is readily identifiable and shines through in its new, upgraded context. At under three minutes, it's a relatively short trip, but the transitions & tempo changes lend some gravitas & development, and overall Rockos did an excellent job marrying his sound to the 8-bit source tune & creating an aggressive, enjoyable chimera. Excellent!

Shit on like... what? The game has an entire album dedicated to it now, with a variety of electronic genres (as well as an orchestral and metal arrangement in there). I doubt that qualifies as being "shit on". If you don't like one song, try listening to one of the other tracks - something might stand out that you enjoy. Seeing that it's one of your favorite games on the NES, you'd do well to listen to the rest of the album.

As for the mix - dirty and heavy. Sets up the track nicely with some chiptunes before dropping the dirt on us all. Personally, I like what Rockos did with it, but to each his own.

Ah yeah! Perfect kind of hard dubstep that messes with the electronic elements without just being a mess of glitches. I really loved the section starting at 2:15 on up, that was a nice change up into a more low-fi sound to lead the song out. Very cool stuff.

There you go, hardcore dubstep done right. The bass at 1:14 was da bess. Totally vintage, and totally punchy. Drumwork is solid too.

Loving the robotic barfing wub wubz, those are my favorite kind of wub wubz.

this is some goooooooooooood shiz right here. had my attention immediately in the Preview Trailer and I was excited to check this out upon release. Loving the robotic barfing wub wubz, those are my favorite kind of wub wubz. 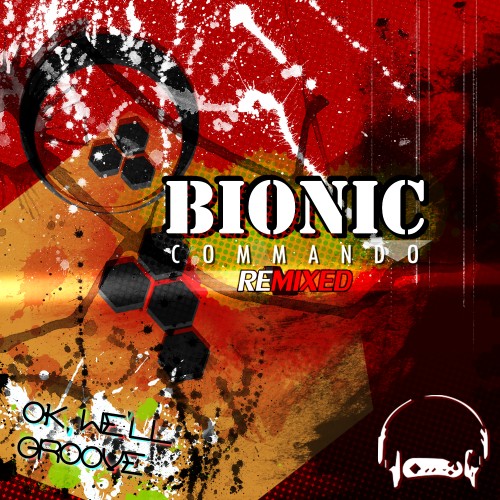