Arranging the music of 3 songs from 3 games (view all)...

Newcomer FaytxStay gives us our FIRST EVER Paper Mario ReMix, an epic metal/prog amalgam arranging The Thousand-Year Door, incorporating bits & pieces from FFX, Castlevania, and who knows what else! While not 110% polished in every last regard, the level of creativity and willingness to experiment on this track is evident right from the get-go, with some plucked string instruments and a funky-spooky oscillating vocalization that segues into more clearly defined rock/metal at 0"13" - brief, but different, and a good way to catch listeners' attention. The artist writes:

"Honestly, Paper Mario is the only game that I haven't seen remixed on OCR. I figured with this being my first submission, I'd try a game no one has before. For choosing the song, I found it to be the most creepiest thing I'd ever heard of in a Mario game, so I figured I'd push it even further. With my noob skills at the time (still needs work now), I couldn't capture the song how I wanted it, leading me to refine the song 16 times over the years. With little experience in guitar and less equipment at my disposal, I didn't have much hope to finish this. But with people at OC ReMix pushing me forward, I got around to making this the most powerful combination I could create. Kontakt, Shreddage, EZdrummer, Pro 52, and Guitar Rig 4 helped me beyond my dreams."

I love the perseverance and humility; there's really a lot to like, here, and a plethora of fun details baked into the arrangement. OA sums it up well:

"Pretty nice take on the source, it's very apparent throughout, but has a lot of good embellishments. The metal treatment is pretty solid, and though the levels on the mixing aren't exactly where i think they should be, everything is clear and sounds very nice. The overall soundscape gels together very well, and overall the transformation was pretty cool. The source itself is pretty varied, with a lot of parts, and this incorporates those plus a few new ones to good effect. The laughs and whispers added to the mood, and overall I think this is pretty badass."

Some level of kudos are warranted just in FINALLY getting Paper Mario represented on OCR - only took 14 years :) A lot of frenetic energy and layered sequencing going on, and the strings & bells add an extra dimension to the metal instrumentation. One nitpick - the choir sample introduced @ 0'41" is a little weak and has a fairly unnatural attack; the part would have been better served by a more obviously synthetic component, or more strings. Some interesting intonation going on, too; difficult to track, entirely, but nothing ever sounds WAY out of place, possibly because it's all blazing by so dern quickly. The major strength is in the layering of complex parts, general sense of forward momentum, and some of the less orthodox instrumentation calls; I also liked the break @ 2'30", which gave my ears a rest after the blistering assault of Shreddage that preceded it. There's a LOT going on here, and not ALL of it clicks, but most of it does, and I really dig the flamboyant & fearless approach to a relatively tricky source. Nice debut from FaytxStay; hopefully he can fill us in on the lyrics to the distorted death metal vocals section, as the volume (presumably a stylistic choice) is pretty low on those. Looking forward to hearing more from him, and more from Paper Mario, too!

Despite all the sources being from different games and just being different, this mix sounds quite cohesive and flows very nicely. The guitar tone is pretty cool, and some ambient sounds thrown in here and there are nice touches as well. The evil laughter is great addition too! All in all, this is a really strong debut

People should support the Paper Mario project that's sitting on the projects forum by the way, we deserve more Paper Mario mixes 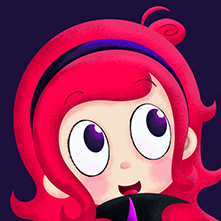 This is an awesome remix, thank you so much for posting this. Paper Mario 2 stands among my top five favorite games as a matter of fact. I'm really glad to see such a solid justice being done to its beautiful soundtrack. Great song choice too. I'm in agreement-- The final boss theme to this game is most certainly one of, if not the darkest Mario theme around. Lots of clever atmospheric tricks and spooky chord progressions haunt the original. This progressive metal/rock approach is a very clever take on the source, by extension.

Okay, first off, love those laughs you added in, cause that sealed it for me on this Shadow Queen mix. Pretty cool that you were able to also use parts of Otherworld to add to the overall metal attack of the song. Echoing DJP, I'd love to know what the voices are saying, but all in all, awesome debut mixpost.

now someone just needs to do the doopliss theme and the final song from the rumble pit and we're good.