A standout, completely badass, over-the-top, super-indulgent jam off Apex 2014, from OA & Flexstyle? Works for me... SSBM gets some hard-hitting, epic electronic + rock fusion from two fellas who know what they doing and who inarguably launch some MAJOR zig. OA writes:

"The hype track to end all hype tracks, nothing else can even come close! This insane collab was something Mike and I did for the Apex 2014 album. He threw down some beats, and I wrote and recorded a ton of guitar parts, and together, we crushed the scene completely. As shown by our earlier mix, "Savage Triumph," when we work together, we are on our own level. GET HYPE!"

Scene? Crushed. Undergarments? At LEAST soiled, if not disintegrated entirely. There's a lot going on here, but it's also superbely crafted & mixed to let the individual components shine, even as they fly past you with great velocity. Larry observes the carnage:

"This is definitely an awesome rock & electronic combination mix going after an already epic theme in "Final Destination." This mix from Andrew and Mike has turned out to be a fan favorite among the video creators, who are big fans of the intensity here. I loved the extra level of personality they give to even the small details like the transitions at 1:32 and 2:05, which are pretty famous spots Smash regulars already know like the back of their hands. For my money, OA & Flex's soloing guitar & synth tradeoffs from 3:00-3:25 followed by the continued interplay of those parts as leads was my main highlight. BrOA with even his more emotive final guitar finish from 3:59-4:22 was awesome, and Flex's synths afterward were almost a genteel conclusion that worked well with his excellent beats. Just a really strong synergy from both guys; "S-Tier" says it well!

For everyone who got hype with Apex 2014: A New Challenger!! album, VERY SOON you're gonna STAY hype with DarkeSword's latest album production for Apex 2015 later this month, Apex 2015: This Is the Moment." GET READY!"

I personally LOVE that the Apex album series is resulting in more ReMixes of fighting games, including some titles we don't hear as much from. Really looking forward to Apex 2015; almost feels like we're getting spoiled! This track's a crazy-good example of a cross-genre mix that doesn't skimp on one aesthetic or the other; I'd still say it's primarily electronic, but (as with Baby), NOBODY puts rock in a corner, and the synergies are synergetic. Highly recommended! 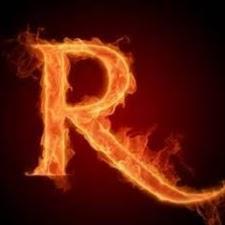 This is one of those songs I listen to every single day!

I really enjoyed this, thanks for creating it.

This ReMix has all the hype you could want for an incredible battle. Love hearing it kick into a higher gear after that 3, 2, 1, GO! voice clip. Love the synth work, the progression of the mix, there is just so much to like about this one. Fine work by you gentlemen.

Holy hell this is a stellar remix, guys. I can't sing enough praises about how seamlessly your styles mesh, and just how goddamn cool this is. Definitely one of the best high energy tracks we've had in a long while!

Yep, that "3, 2, 1, GO" gets me every time. You know something rad is cooking and then you're in the thick of it. Every corner of this ReMix is filled with fun, creative ideas!

Hell yes, one of my favorite mixes in recent years. That intro, dayum...got me hooked immediately. Awesome work, both of you.

Heavy, hard-hitting, slamming jam. My only small gripes are that it felt a little flooded in the lower bass (like at 3:37) in the actual audio file (the youtube video is quieter of course), and that I questioned the choked cymbals at 2:12 or so since there were so many of them that it felt to me like you had some bad luck with rendering glitches or something, but those are pretty minor things. Great contribution to the album. =)

Lots of energy in this one. The time sig change at 1:34 was a welcome addition. I like when people do that!

Hooked from second number 1. The beat is uber tactile. The lead dueling makes me think that this is was Elias and Henrik would do if Sonata Arctica did a electronic-themed game remix. Awesome.

They should use this in the next highlight compilation video for Melee at Apex.

I would just like to point out that the "genteel" melodic synths (not the brassy stabs that appear throughout the song) in that ending part were actually OA as well. The man is multi-talented!

My bad, you didn't even do nothin' in this track.

ALL CREDIT TO OA!

(Kidding, I stand corrected. What a team-up!)

For my money, OA Flex's soloing guitar synth tradeoffs from 3:00-3:25 followed by the continued interplay of those parts as leads was my main highlight. BrOA with even his more emotive final guitar finish from 3:59-4:22 was awesome, and Flex's synths afterward were almost a genteel conclusion that worked well with his excellent beats. Just a really strong synergy from both guys; "S-Tier" says it well!

I would just like to point out that the "genteel" melodic synths (not the brassy stabs that appear throughout the song) in that ending part were actually OA as well. The man is multi-talented!