HomeReMixesGuilty Gear Xrd -SIGN- "May the Stars Light Your Way"
|

ReMix:Guilty Gear Xrd -SIGN- "May the Stars Light Your Way" 4:47

XRD!! Mr. Ivan Hakštok gives us our first arrangement of the latest Guilty Gear fighter, which features some of the best cell-shading I've seen & which I've been playing a bit lately on PS4. One of the benefits of the Apex albums is not only that more fighting games get some much-needed ReMix love, but also some newer games as well. This bubbly rock/jazz fusion arrangement of "May's Theme," is as cheerful & upbeat as her character, and is one of the more major-key and less guitar-centric mixes I've heard from Ivan - less shreddage and more velvety-smooth synth lead:

"Last time I've played a Guilty Gear game was around 10 years ago, so I can't really claim to be a big fan of the series. But some people have been comparing my music to the music from Guilty Gear, so I guess it's kinda fitting that I remix it... in a style that couldn't be more different from Guilty Gear music!

This song is a result of my recent obsession with Yamaha DX7 sounds and jazz fusion bands like Casiopea and T-Square. I've tried to build upon the great melody and rhythmic changes in the source, while going for a more relaxed feeling. I hope it worked!"

I think it did; always love jazz fusion, those are some superlative inlfuences to be channeling, and I really dig the timbre of the synth lead here, which is warm & rich. It's the type of jam that would make you want to smile, yell encouraging phrases, and throw a giant anchor at your opponent's head. Larry writes:

"Right from the opening, this was a pretty eye-opening spin on this given the power of the original. Very interesting to hear Ivan take Daisuke Ishiwatari's always-intense material and go mellow with it. Introducing the guitar at 1:30 to pair up with the lead synth and bassline clicked well, and felt natural since most GG fans will still want some rock elements in the picture. Good relaxed feeling throughout, even with the guitar doing its thing so much during the second half, including the soloing at 3:38 towards the conclusion. Nice job, Ivan! :-)"

Ishiwatari is certainly known for a certain sound, but this piece in particular is more akin to Taokaka's theme from BlazBlue in its j-poppier, major-key roots, and I think it worked well with a genre shift into Japanese-style fusion. Nice, different stuff from Ivan that breezes by with mellow confidence, crunchy guitars, buttery synths, class, & style!

It sounds like a classic rock remix, filled with synths and other stuff/ear candy. The performance is very solid, and the production is good too. As it was said above, it has a big 80's vibe. It's nice, and enjoyable -- good work!

Neat intro. Really digging the mood set with those synths and guitars making it such an upbeat and lively ReMix. Wonderfully warm and uplifting in spirit. Damn good work Ivan.

Ah, the song is a bit more laid back than I expected. It also kind of sounds like something from Ragnarok Online... Prontera's theme at the start, and has something else mixed in that's bugging me at the back of my mind, but I can't seem to put anything solid to it.

J-Fusion and T-Square/Casiopea (along tons of others, Dimension, trix, otottrio, koremos, Honda Masato's band etc) fan here too, this is really great, I felt the influence straight out without even reading the description, the synth lead is great and really reminescent of the older analog Casiopea sound/T-Square 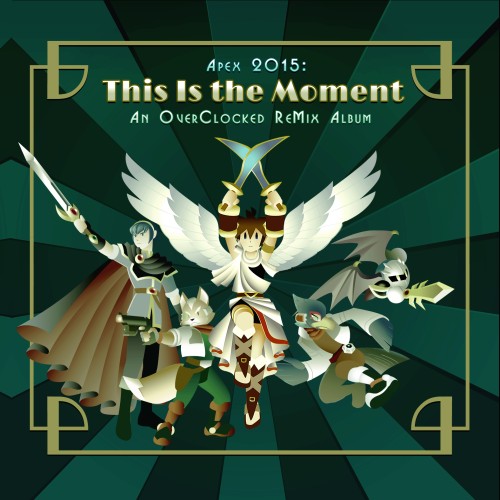