Emunator relaxes & embraces the island lifestyle with this watery, chillout/d'n'b FFX arrangement that employs chromatic percussion, bubbling synths, and shifting beats that transition nicely to double-time as the mix progresses:

"Despite some tonal weirdness with the percussion/industrial elements, I always thought that "Besaid Island" had some really gorgeous melodies and chord progressions behind it. When remixing it, I wanted to place a greater focus on sound design while leaving the original melodies primarily intact, and essentially amplify the beauty of the source while still adding in some fun changeups and surprises to the structure.

This also marks my first submission that was completed entirely by me, without any direct assistance from other artists. Normally, when I'm writing a track, I find my skills deficient in some area or another and require some help getting the last 1% of the track up to par, and I was tempted to do the same with the synth solo at the end... it literally took months of trying before I was able to find an approach to that section that worked, but I'm happy I stuck with it, because I learned a lot about synthesis and automation in the process.

I was influenced by artists like Tycho in the beats and synth design for much of this track. I had a lot of fun breaking away from my usual ethnic-house style and trying my hand at a more traditional chillout sound. Hope you enjoy!"

Congrats on the solo effort; I really dug the overall vibe here, and the doubling tempo kept things interesting and somewhat unpredictable relative to the generally mellow aesthetic. Liontamer writes:

"Nice air of mystery here in the beginning. The chromatic percussion's timing was a bit rigid IMO, but the overall texture and mood of the piece is on point. Very smooth beat-driven take on this. The synth at 2:28 for the final flourish was an unexpected direction as well that I enjoyed. Loving the creativity of this approach, Wes!"

"Oh man, I really love what you've done with this track. Unlike Chimp, I really enjoyed the source tune, but I like this even more than that. That solo at the end was so good, my only crit is that I wish the song had continued longer than that. Beautiful, expansive soundscape, and a fantastic treatment of the source material."

Regarding that synth solo - in my opinion the single run @ 2'41" really makes it; love that it's staccato/separated like that. A legato run just wouldn't have been the same, and while it may seem like a small detail to some, it made me smile & justified the whole solo in one brief, fleeting moment; very good decision. This is the type of mix that would still have been good & enjoyable without all the little details, but ends up being elevated by them in aggregate and using a relatively short duration to develop quite nicely. Great stuff from Wes! 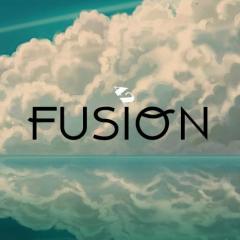 Late to the party, but I've been checking out other DnB / breakbeat styled mixes lately as I'm starting to branch out a little more in that direction myself.

Anyway--WOW! I really dig this! I tend to like to produce more relaxing / slow music myself, so DnB never appealed to me much before, but stuff like this (and other Liquid DnB type music) really inspires me. Absolutely love the buildup and mystery in the beginning, it had me on the edge of my seat curious with where the song was going. And the synth used toward the end was a really nice touch. I've just listened to about 10 breakbeat or dnb songs, and this is the first I've felt compelled to actually post a comment on. Bravo.

Very nice - this can easily be a background music for some puzzle game - very carefree and relaxing. Love the d'n'b-ish section @2:17 - nice change of pace

Neat underater feeling. I love the original source, and you really nailed the arrangement. The choice of synths/instruments is well done and the percussion fits really well too. The overall soundscape is well filled with ear candy (synths, pads, FX). Loved it, nice job!

Awesome track Wes, I remember loving this one in the WIP forums. I don't recall that synth solo at the end though, must be a newer addition. I love it! The instrumentation has a really relaxing vibe to it, but that faster paced percussion really keeps things moving forward. Well done!

Loved this track through the workshop, love it here. A proper WBG song. I'm keeping it on repeat while grinding away at some game design. Kudos!

Nice underwater, glassy textures in the beginning! I love the ambient soundscape you've created here. Cool synth solo too. I agree, I like the staccato run because it stands out.

This is a very nicely done remix. The slow pace and the drum selection reminds me a lot of Shoji Meguro's works (composer for many of the Megami Tensei series); as if there were a combination between Megami Tensei and Final Fantasy. I don't recall the Besaid Island song as being one of my favored in the game, but I really, really like this mix. Very nicely done!

Besaid had an extremely peaceful and gorgeous theme that matched it's location, so taking that source and adding a watery, percussive feel to it makes it even better. Synths were well done, and the percussion gave this otherwise calm track some life and energy. Solid as hell Emunator.