"Secret of the Forest"

We conclude this NOOBFLOOD with a percolating, watery, 9'53" long experimental ambient expedition from Zisotto (Zack Sottolano), who writes:

"I wasn't planning on having this turn into a 10-minute piece, but the most important focus for this one was to create a soundscape that was very lush, and I quickly realized, in order to fully explore my idea for this song, it'd take some time to develop the sound. I never really did a piece in this style before. It gets frantic early on and then mellows out about halfway through with some laid-back drums, and finally finishes off kind of edgy.

The other issue I wanted to learn about and explore more was instrument development, and I tinkered for many hours to tweak the sounds, using effects such as delay, reverb, distortion, EQ, flangers, arpeggiators, envelope shapers, filters, compressors, panning, pitch adjusting, reverse processing, and quite a few more. I also developed sounds in HALion 5 from scratch and honed them to my liking using a zillion different knobs and automating controls such as volume and send effects...

I utilized virtual instrument plug-ins including pianos, an ocarina, orchestral harps, flamenco guitars, and mostly a ton of "world" and ethnic instruments to give it a more earthy feel. Some of those include a balalaika, pan flutes, a campana, a balafon, a kalimba, a Celtic harp, Himalayan chimes, a ney, and a few more. These were rounded off by more traditional instruments such as strings, but with surreal effects added so that they complimented the ethnic instruments, and also the inclusion of various pads for texture and character.

I had a lot of fun making this one. It's probably a much different spin on the source material than what most are used to, but that was my intent, as I felt the song greatly lended itself to a subdued vibe that I wanted to experiment with, rather than just throw some beats and effects together. I'm pleased with the result and hope this song takes you away on a blissful reminiscence of the glory days of the SNES, traveling through time with Crono and co.!

Special shout-out to Joel Rivera, who basically had to force me to play this game!"

Definitely NOT a "less-is-more" approach to music production, to be sure, but in this case throwing in everything AND the kitchen sink has resulted in a pretty interesting soundscape, peppered with little micro-glitches and delays and bubbling with effervescent textures. Emunator's vote pretty covers everything:

"Absolutely gorgeous ambiance sets the mood nicely here. I love how deep your bass tones are and how enveloping your atmosphere is without becoming too crowded. I never felt like you were treading water to fill out time, either - despite the lack of a clearly-defined structure, you continued to introduce new instruments, effects, and ideas that kept things rolling along nicely. Aside from the overall soundscape, a big highlight for me was the glitching on your acoustic instruments - that had a very Jon Hopkins-esque feel to it that really grabbed my attention.

The strange pitch-bent synth that popped up briefly during the last minute did not seem to fit, but not a big deal. In general I thought the lead choices were well-chosen but there are times where it felt like you just slapped the patch onto the melody without much concern for articulation or velocity, so a lot of the melodies came across sounding stiff and unrealistic. Not a huge deal in the face of everything that you did right here, but the sequencing was underwhelming to me. Small potatoes but that might be an area to address with your future submissions.

I love what I'm hearing here, ambient mixes are very susceptible to becoming boring or overlong but you adeptly avoided both of those and brought something totally fresh to the table. Good stuff!"

There are some moments that don't sit quite right, and I think Wes correctly identifies those as being related to lead sequencing & patch choice, but the overall ambience compensates... which is good, since it's an ambient mix ;) Probably not everyone's cup of tea, but Zack provides a marine escape that feels like visiting a really strange aquarium while listening to Chrono Trigger, in the best of ways. Unorthodox, substantial, and very distinct debut from Zisotto!

Jesez, that was quite the audio experience, and I mean that in a good way. This track kept changing and evolving so much, that the near ten minute time span never felt forced or stale, and I feel like this had a great soundscape with some interesting production ideas added in. Sure, there were sections I enjoyed more than others, as I was more fond of the initial intro and build more than anything, but overall I like this. It's the kind of ReMix I think works unbelievably well as a mix to let play as you do other things or focus your mind elsewhere and let yourself get immersed in it subconsciously. Ending was kinda sudden, but other than that, pretty cool mix.

The source material was so ready for this approach. I especially enjoyed the first third or so, that initial build-up was very cool. Perhaps not the flow isn't quite perfectly balanced throughout; there's some busy-ness here and there that kind of eats away the overall energy or impact, and some of the sounds and especially note choices I think are a bit off at the end. It gives an impression that ideas were thrown together and some final editing to bring all the ideas into line wasn't quite accomplished. That all said, it's a competent track, the flow isn't by any means bad (even if not perfect) and I could sure use some more OC ReMixes in this genre!

The opening pads are just gorgeous, melodically and structurally. The arp sounds great too. I really can't say enough about the soundscape; it totally brings a mysterious forest at night to mind. Minimalist and proud. The original arps around the 5 minute mark or so (don't wanna rewind) are great and the lead fits it so well. All the little sections just make this mix feel like an adventure. This is how to do an ambient remix IMO. Just excellent.

Wow, this is a long one. I was afraid it'd be boring, since the intro was slow, but it quickly evolved into something really relaxing and interesting to listen to. I'm not a fan of atmospheric music, but this one sounds very nice. The percussion work is excellent, as it's very minimalistic -- not boring and reinventing itself as the remix advances. Nice use of the various synths/FX, it creates a very relaxing ambiance. The ending is maybe a little aburpt though -- after 9+ minutes of relaxation, the return to reality was sudden LOL

A delightful mix, perfect for getting lost in or using as a soothing background track. Very nicely done! 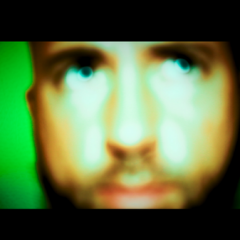 Zisotto here! Just wanted to thank you both so much for your very thoughtful and kind words. I did this mix about a year ago and to receive such appreciative praise is very encouraging to me. This was actually one of the first remixes I ever did, about 5 or 6 months after I learned my first (and only) DAW, Cubase. I'm really thankful for this community and the staff, fellow remixers, and fans for making it what it is. I haven't really experimented with ambient sounds since this song, and have been trying to develop my own original music and sound which is an infusion of electronica and some other elements which vary from song to song. I remember this song took me over a month to complete, around 60 hours, probably double or triple what I usually spend on a song, because I was meticulously crafting each instrument track, but it was worth it! I'm looking forward to making more vg remixes in addition to my own music, so stay tuned and feel free to follow me on YouTube in the meantime! Thank you again

An impressive effort here and interesting debut! Yes, this might not be for everyone - the pace strikes me as surprisingly quick for an ambient track - but I applaud some of the ideas and variance (2:30+ really perked up my ears and 6:05+ is supremely enjoyable) throughout the piece. Ever since CotMM's ancient-but-still-gorgeous Ruined World (Eternal Derelict) ambient take on A Desolate World, I've had a special appreciation for CT ambient soundscapes, and this has some really interesting and enjoyable touches in here. I second the quality of sound and ideas, and I actually think it is praiseworthy that this track seems to go by much faster than its actual runtime, if that makes any sense!

I think this is my favorite of this flood, because 1) I love the source material 2) I love experimental music. It's great to hear how the song keeps changing, every new section makes me love this song more and more, and the ammount of instrumentation is truly impressive. Especially love part which starts at around 4:30 - I quite like that glitched thing, no matter what it is. And the percussion near the end is pretty nice as well. Also, creative (and fitting) title. I really enjoyed the song. Great work.