Our second selection from Heart of a Gamer: A Tribute to Satoru Iwata is this folk/rock Pokémon Gold ballad with vocalizing from Pokérus (Patricio Thielemann); of Iwata's involvement with the game, EP director The Damned writes:

"When Game Freak was in trouble with their new engine for their latest game, Iwata himself came to their aid. After Iwata streamlined the engine, the staff found themselves with a lot more memory to work with. This resulted in the best part of Gold and Silver: returning to Kanto, the region from Pokémon Red and Green. Three years had passed since then, and we got to explore it all over again."

This is our second mixpost from Patricio, who debuted with a sweet Zelda ReMix back in November; he lives up to his pseudonym a little more with this arrangement, which is also excellent. The following are translated comments from when he originally created this ReMix shortly after Iwata's passing:

"About a week after his departure, I'm still unable to fully understand the fact that Satoru Iwata is no longer among us. I will always remember with much love that charisma with which he came on shining on each Nintendo Direct and, of course, everything he did for the company's classics. Iwata was an unsung hero of the video game world.

Many of us know several of the feats he did for games like Kirby, EarthBound, Super Smash Bros. Melee and other titles helping with his outstanding programming skills. But if there is something that I'll thank him for all my life, it's the effort he put in Pokémon Gold & Silver. Being my all-time favorite game for the possibility to travel freely through Johto as well as Kanto, it's thanks to him that they were able to cram so much data into a Game Boy Color cartridge. Basically, if it weren't for Satoru Iwata and Gold & Silver being such amazing games, maybe the franchise I love so much wouldn't have the same impact today.

For the same reason, I thought the best way I have to honor his memory is tributing him with this track, which marks the beginning of your first trip through Kanto in those games. Just listening to this melody, you know you're about to embark on a new journey, to adventure to new horizons. I like the idea of remembering Satoru Iwata departing on a new journey with this song as background.

Thank you for everything, good man!"

Iwata was passionate about video games, so it's awesome to see mixes from artists who are equally as passionate about the games & music that Iwata himself was involved with. This mix feels like a journey AND a tribute, and thus strikes the perfect chord when it comes to the concept of the album. Great work from Pokérus, excellent job from The Damned putting this effort together relatively quickly, and thanks to everyone involved for giving our community its own unique way of expressing musical appreciation for someone who had a dramatic, positive, & indelible impact on the art form!

This is charming as all hell, especially the second half of the ReMix when you busted out the shaker and the vocalizations. Between the two second talking opening and the vocals, it had a very jammy live flavor, which is perfect for walking down the routes of Pokemon. If I had to nitpick, there were some points where something sounded off to me. I can't pinpoint if it was certain notes themselves or the tone, but it wasn't enough to take me completely out of the song. Not bad, a good tribute to Mr. Iwata.

Pretty cool acoustic jam overall. There's nice warmth in the strumming which really grounds this piece. I like how sparse the instrumentation is, and how it gets a bit filled up towards the end, but not too much. There's a lot of reverb, which is an interesting stylistic choice with such a sparse instrumentation. I ultimately think I would've personally preferred a more intimate room sound.

The acoustic solo is quite meandering and a bit sloppy. I wasn't really able to get into it, that part feels like just a bunch of notes stuffed together to me. The electric lead was a nice addition to the tone. Some noises in the recording but that's ok.

Adding voice to the end was a really nice move. The tune has a warm, cozy intimate feel and the little singing parts, especially doubling the melody really emphasizes that. The shaker is great too, as is the ending part overall!

Very good track, I really like the feeling that the vocals add to the song. If I had to say something bad about the song that would be sound around 2:10 - 2:13. But nothing special about the composition. Good job.

I really want to like this, but the tuning seems a bit off to me. It's nothing huge but, sadly, it bothers me a lot

. For example, the backing guitar near 1:16 sounds pretty bad to me (and even worse if I play along on my keyboard).

Ignoring that issue, the arrangement is sweet. It has a very calm and pretty vibe. The electric lead sounds super bright, but it adds to the peaceful mood. Having vocals there was cool but they clash a bit with the guitars a few times (the tuning issue again).

;-; Makes me want to cry. A welcome tribute to Iwata. Also feels surprisingly uplifting after the first minute. A good journey track. c:

First thought was of Super Guitar Bros. Really well done. I am a sucker for "guitar duets" especially with steel / natural mixes. I sometimes think it might be my favorite timbre tornado...

Anyway, well done Pokérus. Put a smile on my face 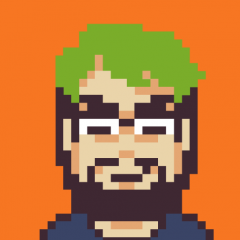 Thank you so much for the comments, guys!

They're posting videos now? I really like the delayed reverb on the lead guitar and the acoustic playing was expressive. The shaker was a cool choice. Not really my style, but good remix.

This song truly makes you feel as if you're ready to embark on a new adventure, filled with hope and excitement for what the coming days/months/years will bring you. The use of the multiple guitars and singing makes the track have a very uplifting, sentimental mood.

This is my favorite track on the album. It elevates the original melody in such a way that its repetition becomes not only anticipated, but welcome. Even though the way the electric lead guitar crackles by the mic may sound unintentional, I think it actually works.

Ah, I can really appreciate a song that can make me tear up. You can really feel every ounce of emotion that was put into this song; the buildup to the payoff towards the end with the vocals and the electric guitar especially sell the whole "ballad" feel. Great mix!

Congrats to PokerusVGM for his posted remix! 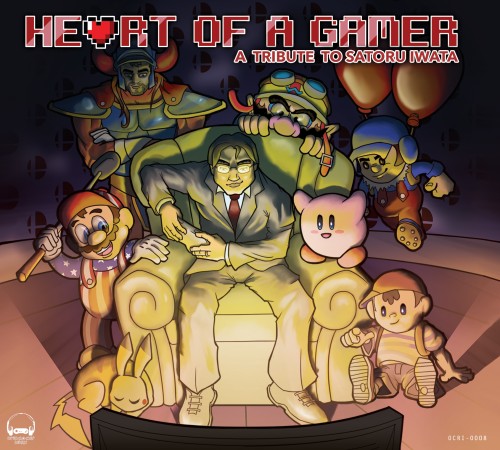