"This track marks the revitalization of my ongoing project, LongBoxofChocolate. Although it started in early 2013, it has been plagued with half-baked ideas, technical limitations, and scheduling problems... until now. For our comeback (and first submission), I wanted to choose a simple tune that would showcase our improved recording techniques and new members. "Cool, Cool Mountain" was perfect, as I thought it was just begging to be led off with a sax trio. I made a quick adjustment for a solo section, and the rest of the arrangement basically wrote itself.

We are still finding our roles in the project and refining our process with every session, but I'm very happy with how this turned out. We hope to be putting out more content on a consistent basis, learning more and more as we go. Cheers! P.S. The name just comes from when Mario falls down the mountain and gets stuck in the snow, lol."

The closing cameo reminds me of Bill Murray singing at the end of Scrooged :) Gotta love the band/project name "LongBoxofChocolate" - literal meaning is good all on its own, plus it makes for a confusingly ambiguous euphemism. Nice hearing saxophone in a mixed/ensemble setting like this, especially the oompah baritone bass line. My brain really wants to misread this mix title with one less "R", and apparently great minds think alike; Chimpazilla writes:

"(Haha, my mind read the title of this song as "Frosty Bitches," omg that's hilarious.) This is great! The saxes are mixed too dry and upfront, but I'll live. Guitars sound great. Accordion! Nice performances all the way around. What a fun idea to arrange this source like this. I agree it's a great holiday mixpost, you even outro'd with some fa la la la la...."

"This is FUN! This is, admittedly, a very straightforward arrangement that I initially thought was too cover-ish, but the adaptation for sax trio and additional added harmonies nudge this over the bar, in my opinion. In addition, there's a great deal of emotion and expressiveness in the live instrument performances that, along with the solo section, lends plenty of character to the mix."

Great stuff, FUN (if short) stuff, seasonally appropriate, and I certainly hope to hear more from LBoC... in the meantime, stay frosty, britches!

I'm not going to lie, I did the same thing as a few others and misread the title the same way. I have no regrets.

Still, I love this saxy little tune and how it pretty much embodies the whole spirit of the Snow Mountain with the accordion and Christmas tunes showing up in the end. It might be a tad short in length, but this ReMix covers a lot of ground and really nails the jazzy/rock style. It even has a great seasonal opening that fits the source and the guitar felt like it belonged, striking the right tone. Great holiday tune for sure.

Now usually mario 64 mixes just aren't my thing till i heard this. one word, amazing

I think most of what we have worked on between when this was submitted and now has to be our production, which is in no small part due to our sound engineer. I am pretty proud of our more recent stuff on soundcloud, but we are always working on a clear sound 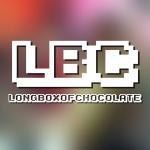 The other thing is the sax that enters at 1:26. It has a strange reverb, like too much.

This was a purely stylistic choice; we were going for an Elvish-esque vibe to complement the rock'n'roll feel. I suspect it would have blended more smoothly with better panning and a fuller rhythm section, but we wanted to keep this tune relatively simple and decided to stick with it.

I really like the mix in general, it doesn't sound bad, but I noticed some thing that I would like to highlight (at least for me) :

The beggining was a little bit odd in my opinion, too long until the drum kicked in, you start to hate the jingle bells a little bit, but then it blends good with the song.

The other thing is the sax that enters at 1:26. It has a strange reverb, like too much.

I liked the end of the song too

but just those things I pointed out. Nice Job

Thanks for the comments, everyone! We recorded this almost a full year ago (wow!), so we've already improved on a lot of what's being mentioned. It feels great to finally be contributing after following the site for so many years.

which reminds me of Mario Zelda Big Band Live.

Pretty sick remix! I really like the instrumentation (dat sexy sax), which reminds me of Mario Zelda Big Band Live. The sax solo was definitively a highlight. I'll agree with some of the production details, but who cares when you have such a fun remix?

Oh, and I see what you did with that title lol

The saxes sound a bit weird, but the solos make up for it. I really like the fusing of the saxes and more rock-y instruments, like the guitar and the drums. The source is very fitting for a Christmas album, and it's adapted very well. Pretty cool (ha) mix!

The sax solo was pretty sick, but the panning seemed a bit strange. Fun stuff, good to hear some all-live mixes.

I agree that it was pretty conservative and that the early saxes were pretty wide and upfront compared to the narrow accordion; I also think the sax solo was odd being mixed wide (when that, if not for the volume, kind of draws attention away from it a little bit). But I do think the sax solo helped get it over the bar in terms of interpretation, and while this is a pretty faithful arrangement, I liked the guitar, solo sax, and drum performances the most. The drummer seemed especially excited. Those fills!

I felt the sleigh bells stayed for too long. That and they were slightly piercing to me. Last note at 1:15 could have stayed a little longer to build a more fluid transition with the accordion. This is indeed too close to the original, so the sax solo at 1:26 was a welcome addition, (though it had some reverb while the other saxes didn't, which makes it inconsistent on the production side). Also, I think the outro lasted for too long, repeating the same portion over and over with very little variation (the cymbals at 2:17 were a bit loud too).

Anyhow, I enjoyed when the saxes went wild and the outro with the guitar stab. Looking forward to future tracks from you guys.