"Let's do something silly from Twilight Princess. This was a track that sat in revision limbo for several years after originally being intended for a friend's birthday. If I don't get rid of it now, it'll gather dust on my computer forever. Ultimately, this is the story of a bowling pin's triumph. All he needed were some iron boots and *really strong* legs."

Emunator takes the words right out of my mouth:

"Hooo boy. This might be the most downright-fun track I've heard from Ben to date. I'm very glad this didn't just gather dust on a hard drive. The fusion of acoustic instruments with his standard 8-bit pallet heavily evokes memories of halc's formative years, but the arrangement and wild melodies is 100% Lemon. I know Chimpazilla is going to love the use of sound effects here, very cleverly integrated in a way that actually contributes to the song's momentum."

Indeed; super-fun, more than a little goofy, and from both a compositional & production perspective, more or less defined by a sweet blend of raw waveforms & mallets, syncopated & articulated to intricate perfection. An official announcement is forthcoming, but there've been some changes to the judges panel lately, and newly-minted judge Sir_NutS (who brings veteran OCR credentials & a wealth of knowledge) had this to say:

"Pretty cool track, fun and full of creativity. I specially liked the progression rise near the end, very demoscene sounding. My only nitpick are the panned percussion rolls, I would have liked them to have less presence as they get repetitive after a while and sound almost at the same level at the melodies. Nice Work, happy fun times."

Great work from Hylian Lemon, who can certainly make compelling arrangements while sticking to primarily chiptune components, but who adds an extra layer of texture/interest here by effectively incorporating chromatic percussion... add some appropriate samples, mix in two gallons of goofiness, and bake at 450 degrees for three minutes... then enjoy :)

The percussion is super neat, and the usage of in-game sfx is darn cool as well. I've already listened to this track about 5 times! Super fun track, Ben! Incredible work! Wish it were a bit longer, though, because it seems to be extremely short... 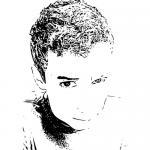 Hahaha XD Had to listen through twice; loved the use of in game fx