The Wheel of Fate is Turning!! Today marks the start of the Northwest Majors VIII fighting game tournament in Washington state, BlazBlue is one of the series they'll be playing, and OA (Andrew Luers) (as part of OverClocked University) has got an amped, high-energy EDM take on Jin's theme that'll get your blood pumping:

"Daisuke Ishiwatari is a legendary rock and metal composer, and while he has received a ton of acclaim for the Guilty Gear series, the soundtrack of BlazBlue isn't as widely known.

I wanted to take a super iconic song from the game as a change, not do it in rock and metal myself, but still keep a lot of the intensity that makes the song so good.

This track is included in the upcoming OverClocked University album, Spring Break DJ Set, and while it can be for either fighting or dancing, it'll definitely make you move."

This is only our second BB mix, although GG hasn't actually been arranged all that much itself - check out "Tao is Taokaka" for an uplifting, super-sugary bit of EDM/pop. Andrew's been working on his synth & EDM chops, and it shows; the upcoming OCU album is gonna be HAWT. Larry writes:

"This OverClocked University album track by OA is released in celebration of the Northwest Majors VIII fighting game tournament, with BlazBlue as one of the 10 big franchises represented in the tournament series! GG in advance to all of the FGC competitors at NWM8 this weekend; I hope we can buckle down and come out with a full album for NWM9 next year!

Daisuke Ishiwatari's got melodic rock down, and I agree with OA that he's best known for the amazing energy and hooks of the Guilty Gear series. But Andrew, while flying the OCU banner, has made a great case for why BlazBlue shouldn't and can't be overlooked; if you've ever heard Ragna's theme, for example, you know some of BlazBlue's apples don't fall far from the Guilty Gear tree.

In this case, Andrew's given Jin Kisaragi's rocked-out theme a bouncier, synthier spin. Nice work right from the start adapting the source tune's catchy opening. On a fun note, I loved the subtlety of the textural dropoffs at 1:32 and especially at 1:39 when the padding line did a stutter before dropping out. Sometimes, it's the smallest details that make me go, "Whoa, lemme rewind that." The whole way through, OA's succeeded in personalizing the instrumentation while keeping Ishiwatari's great melodic work both intact and front & center. I've been lucky enough to be part of OA's feedback crew for OCU's Spring Break DJ Set [including the pleasure of titling this mix's OCR release at Andrew's request/regret ;-)], so I'm looking forward to the new album dropping soon!"

Ditto all that - good luck to NWM competitors, props to OA/OCU on a fun & frolicking BB ReMix, and keep an eye out for their upcoming album!

Pretty solid EDM mix; that motif is sweet. Sounds like something that could help with initiating those people who think all VGM is just old chiptunes and symphonic scores. 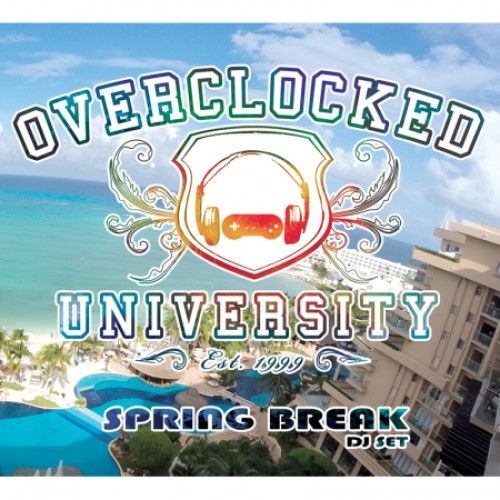