Today marks the release of the Crash Bandicoot N-Sane Trilogy, featuring remakes of the series' first three titles, and what better way to celebrate than with Crash afficionado & ReMixer extraordinaire Rexy (Beverley Wooff), who brings us a chipper, upbeat synth-pop arrangement of the "Warp Room" theme from Crash 2:

2016, sad to say, hasn't been a good year in working on various site projects. Ivan Hakštok's PlayStation 20th Anniversary project was one of them - as soon as he announced in October 2016 that he cancelled it, I obviously felt crushed about it, to the point that I privately raged for a few days before finally plucking up the guts to give the track I finished for it a home.

Anyway, what he looked for was arrangements for PS1 games that at the time did not have any representation on OC ReMix. Being arguably the community's biggest Crash fan, I stepped up to handle a source tune from the second game and worked so hard to knock it out of the park. It does, however, feel very amusing at this point that Laarx beat me to the punch with his epic arrangement of Tiny's theme!

Onto what I actually did. I tackled the Warp Room music because it's one you'd hear a lot when going back and forth into each level, getting the crystals and gems and whatnot. And why not? It's a calming yet adventurous tune that would settle you down from one challenge and lead you straight to the next. This was also the first game in the series that introduced the concept of handling the levels of a single world in no particular order, all arranged in a beautifully decorated temple with a different themed design in each room - a convenient and novel decision that paid off so well!

With the feelings of the source in mind, I worked as hard to maintain those same kind of emotions into the mix. It's got a quaint blend of conventional and unconventional, with a lot of major-key writing and the kind of keys/synth combined instrumentation that's been a part of my arrangements as of late, while also being able to venture out into the unknown with time signature experimentation and heavier drum writing than what I usually throw in. Only by going through the doors of this room into the unknown and overcoming the challenges ahead will you get to know a little bit more of yourself along the way.

Thanks again for reading and listening! I'm still a little sad that it didn't arrive onto the site for its original intended purpose, though it may have something now as an acknowledgement for the PS4 remasters coming out next year? Either way, I am not letting go of my passion for this franchise any time soon! :)"

Nor should you! And yes, the remasters are out TODAY making this the perfect opportunity to enjoy Rexy's aggreable, bubbly ReMix which has aesthetics not unlike j-pop or an anime OST, with a sugary monoglide synth lead swirling over clean, coherent accompaniment. It's got some swing & spunk and packs a couple surprises, but generally this is a pleasant, accessible take on the source and something to be comfortably enjoyed. Rexy's got a history paying musical homage to the franchise, so if anyone was going to mark the occassion on OCR of its modernization for generations of new gamers, it was her. Gario writes:

"Clean, solid submission. At worst I could argue that the leads are used a tad too much, but there's enough motion in the arrangement otherwise that I feel one can easily let that slide. A fun, bouncy arrangement for a less arranged soundtrack."

I do think "lead fatigue" is a Real Thing™, but it didn't bother me here. Fun stuff that's easy to enjoy but still packs in the musicality & detail - check it out, and check out the N-Sane trilogy if you've never played the games! 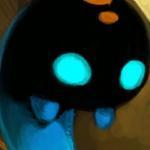 Enjoyed the remix and seems very in the spirit of Crash

This is so nice! ^__^ It feels like it could be in Tetris Attack.

It's got that pleasant sound that goes well with puzzlers.