HomeReMixesSuper Mario RPG: Legend of the Seven Stars "You Dirty, You Nasty, But You Mine"
|

ReMix:Super Mario RPG: Legend of the Seven Stars "You Dirty, You Nasty, But You Mine" 3:41

Great mix title :) The multi-talented XPRTNovice (Joe Zieja) throws down a mean blues guitar SMRPG jam, off Super Mario RPG: Window to the Stars & straight from the Mississippi Delta to your doorstep, complete with dusty slide guitar, gritty organ, and... sultry, smeared saxophone solo? Sure, why not. With scant empirical data to back up my claim, I'm gonna say that this would make great background music for an exotic dance routine which might or might not incorporate a pole. It's a little raunchy, but in the most tasteful, respectful, & egalitarian of ways. So sayeth Joe:

"So I got asked by Emery Monzerol to fill some holes in the SMRPG album, and as I was looking through the tracklist I saw this "Docaty Mountain" thing. Never having played SMRPG before, I didn't really know what I was looking at, but when I opened the track, I heard what was obviously a Western bluegrassy thing. I thought, "Oh, okay, that'll be easy. I'll just sort of bring out the bluegrassyness of it and see what happens; I'm a bluegrass player and I can do this."

Well, it turns out the easy path is the fucking boring path. I just couldn't get what I wanted out of it and I was utterly unmotivated. So, since the changes were essentially blues changes, I thought, "What if I cut the source's time in half and made a blues tune out of it?" And then I saw my slide sitting on my desk and though "Oh. Oh no. This must happen." And it did."

Secular amen! If you're like me, and I know I am, you somewhat associate slide guitar of this nature with the Trigun soundtrack, which featured it heavily; it's a specific sound where each slid note is dripping with rattle, hum, and resonating flavor, which combine for a secret sauce that channels a time & place very effectively. Joe, being the insufferably talented musician that he is, worked in a greasy sax solo as well, which alters the aesthetic a smidge, but the whole thing is hot, sweaty, & (as advertised!) rather nasty. Judges were digging it, but there was consistent nitpicking on the organ solo - quoth Nutritious:

"Really liking the loose feel of this and the lazy chord changes. Organ solo was a bit bland compared to the rest of the track IMO. Nice backing drum work that may not get a lot of attention because of how far in the background it is.

Slowing down of the arrangement was a great call and works really well."

Very much so! On top of being a great call, it also seemed to serve as an inspirational catalyst for Joe to finish the mix; always nice when an arrangement light bulb comes on like that. Regarding the organ solo, I think it should have gone one of two ways: intentionally reserved & deliberate, like it is, or spastic & explosive. Joe dialed it way back and made it more of a Zen contrast sorta thing, which I DO think works better than something in between. Would I have preferred a cathartic and expressively sloppy organ convulsion? Well, when you put it like THAT... maybe... but I'm just glad it didn't land in the middle, and I actually dig the sparse route, too. Besides, I feel like the sax comes in and makes things happen, partly because the organ doesn't steal all the thunder. Blues ain't about constant impressive wankage, and I think Joe groks that & that it sub/consciously guided this decision. Unique ReMix with a ton of character and a palpable, unrelenting heat to it; awesome.

Wow, I could barely recognize the source tune here even tho I've played the game a million times. I've never heard a game remix quite like this before. So twangy - very nice!

Joe Z can sure do a whole lot, and well. That guitar was real nice tho I barely noticed the organ for better or worse. 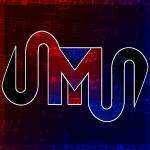 Amazing remix! I noticed the term used 'BronxRican'! I'm from the Bronx as well!