Our first ReMix of relatively obscure action-adventure NES game Arkista's Ring is ALSO our first ReMix from LONELYROLLINGSTARS, a supergroup of like-minded manly men who aren't afraid to rock out with their puns out & apply mind-blowing prog rock treatments to a diverse range of VGM. This cut is from SUGARBURGER, the successor to 2014's similarly capitalized & unspaced CARNIVORTEX:

"There's not too many VGM rock supergroups out there, but it's our privilege to have members from Armcannon, The Smash Brothers, and more united as the LONELYROLLINGSTARS, another great example of what synnergy sounds like in action. Ailsean's taken the lead on this one as the arranger of the obscure NES title Arkista's Ring, and I'm wondering if he actually owned it way back when, since that's quite the low-key music choice!

After listening to the soundtrack, I'm not surprised the title theme got the most coverage in this piece; it's easily the catchiest piece, PLUS if you've actually played Arkista's Ring, you know the sound effects would interfere with the BGM, so the title theme stands out the most just from being uninterrupted. ;-)

Nice ReMix title pun here too, since it's not JUST Katy Perry wordplay, but a reference to the game's lead, the female elf Christine. Ailsean adapted the title music to rock, and this amped up further around :55 as finbeard picked up the drumming before LRS shifted to the dungeon theme at 1:29; that particular section's expanded instrumentation sounded great and gave an otherwise slower source tune a much more menacing tempo and energy before topping the meat with the hamburger bun by returning back to the title theme for the close. Strong stuff here, equal parts relaxed and aggressive!

Definitely pick up the full SUGARBURGER album, which is free, and includes plenty of deep cuts from Gauntlet, Goemon, Splatoon, Shovel Knight, Persona, Treasure Master, Solstice and more, OR pony up some funds for the LONELYROLLINGSTARS' limited edition physical package, which is -- no kidding -- a slap bracelet that doubles as a USB drive. Between that and their just as diverse debut album CARNIVORTEX, you'll be in heaven thanks to these Kings of the Rock VGM Cosmos. :-)"

Great performances all around, with some especially nice drummin' from Chuck. These gentlemen throw down mighty rock as adeptly as mighty puns; they beat me to the punch on Turrican't by four full years on their debut album, and in addition to this tip to Perry, their latest album includes the absolutely saucy "If You Gauntlet, Flauntlet" - a pun that slaps Shakespeare himself in the face, with insouciance. The melody here has the sound of classic Konami SHMUP anthems, with some changeups that lend a mild prog aroma to the smell the rock is cooking. It's fun, it's full hipster in its source selection, and it's from an album that you need in your life. Check this mix out so that at the very least you can sound impressively knowledgable about VGM deep cuts from the likes of Sizlla Okamura, which is easily one of the dopest composer names ever, and check BOTH their albums out if you wanna hear people with formidable musical talent, extensive knowledge of VGM, Y chromosomes to spare, and impeccable senses of humor make sweet, sweet love to your ears. 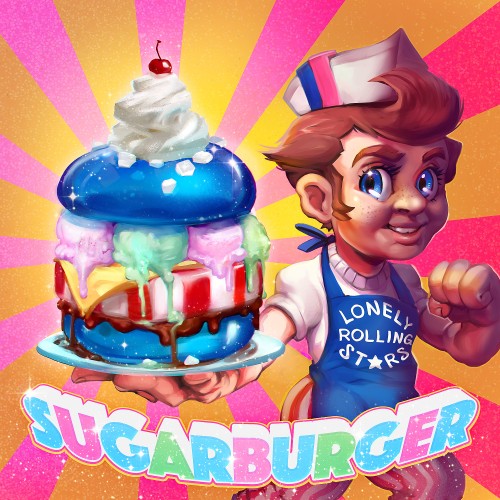