Jorito (Jorrith Schaap), Eino Keskitalo, and Tuberz McGee (Callum Kennedy) by their powers combined formed the mighty whole that is "Maverick Astley," ravaging MMX compos everywhere by pooling their varied talents & consistently referencing Rick Astley. Did I just write that sentence? I believe I did. This vocal prog rock jam with original lyrics almost waxes d'n'b at points, employing a speedy beat & fair helping of synths to form a slick hybrid whole that benefits from nifty DSP on the vocal lines and plenty of nuance/detail on the arrangement. Jorrith writes:

"When DarkeSword announced the Sigma Fortress Remix Gauntlet, me and Eino got pretty enthusiastic about it after our good team experience in a previous compo. SFRG, however, required a team of 3 people, and we were short one musketeer. Fortunately, Eino managed to bribe/convince Tuberz McGee to join our li'l group, we came up with the name Maverick Astley, and essentially that meant all the 9 tracks we submitted had a reference to Rick Astley's classic "Never Gonna Give You Up."

"Rolling" is no exception in that respect, just listen closely to the lyrics. "Rolling" was Eino's contribution to round 1, and since we wanted to kick off the compo big time, all 3 of us contributed. Eino did the basic arrangement, played guitar and bass, we discovered that Callum is actually a pretty good singer so we got him to do vocals as well as his usual guitar business, and I ended up with most of the keys and synth stuff, as well as adding SFX and production duties. Overall, Eino did a great job with the concept and glueing the 2 source tracks together in an interesting arrangement and Callum's vox and guitar solos really helped the track come alive. From a production standpoint, this was a very interesting track, since half of it lives in Renoise and another half in Logic Pro, and on their own these halves sound… well, half, and mixing these parts together was an interesting technical challenge. Worth it, tho.

I love working with these guys, very inspirational! We were a great team during the compo and if it's up to me you haven't heard the last of Maverick Astley yet. A++, recommend, would team up again."

So if you've noticed subtle-to-blatant Rick Astley refs in MMX mixes on the site, here's your backstory :) To their credit, the Astley was incorporated smartly & musically in all regards, which is good because these have all been compelling, creative arrangements. This mix is no exception, successfully blending artists, sources, & genres for a surprisingly cohesive whole that feels every bit like it was destined to be. Eino adds:

"Well, I can only concur what Jorrith's saying about the teamwork here and throughout the compo. I was especially crazy to join the gauntlet in probably the busiest time of my life so far, and thankfully I was able to lean on my teammates to make it out alive...!

I'm not sure I can really remember much of the process. How did I find the time to record all those guitars and basses anyway? Plus placeholder vocals, which Callum thankfully replaced. I mean, I got a nice skeleton of a full track done by myself, which I'd been happy with as a compo submission, but Jorito really put the flesh on the bones and Callum breathed life into the monster here.

Post-compo, we fixed a few things -- there was some harmonic conflict (at least I felt so) in the writing and sometimes the mix was too busy. I re-recorded a bit to unhairify the transition from the middle prog part to the final part, plus spent a ridiculous amount time fixing the bass timing - guess it was done in a hurry or something? It was all about ironing out the little warts and kinks that happen when three people work on a somewhat complex harmony/arrangement in the space of one week. I think this is nice and polished by now and I find I can simply enjoy listening to it. Thanks to timaeus222 for mastering this track as well!"

Really glad this had the revision cycles necessary to get it to this state; it's the type of ambitious, conceptually complex ReMix where we're often left wondering what might have been if the production had been refined. In this case, we don't have to wonder, and the full scope & grandeur of the vision comes through. Searing synth solos juxtaposed against a thereminesque lead on top of a bed of warm, sustained organ chords were a highlight for me, and I also REALLY love how these gents paid attention to transitions, so everything is glued together tight & smooth. Vocals have a rich ensemble/harmonization thing going on that feels right for the track, and FX are used to add interest and differentiate sections. In short? Many superb decisions were made. Tuberz writes:

"Eino and Jorito are some of the best peeps I've had the liberty of making music with. Even when it's just vocals and guitars I feel so fulfilled in their arrangements. This song is no exception. I had great fun recording close inversions of 11th chords. If there's one thing I've learned from working with these two... it's that whatever we are up against, we will never desert the fight. <3"

Dig the chord/progression work; this was already a significant undertaking in merging different contributions, vocals, original lyrics, genres, & sources together, but on top of that the actual arranging itself is pretty dense. Add the clever-clever Astley love letter into the mix, and I'm personally pretty blown away. Judges were a bit more critical of production than I could ever manage to be; given the scope & breadth of what's going on, I'm rather sold. So is compo ringleader DarkeSword:

"Strong track with great performances and an interesting take on the sources. Loved this when it hit the SFRG."

I think it's very easy - and perfectly fine, of course - to just listen to this mix and enjoy it for what it is. On repeated listens, when I think about everything going on and the insane & unlikely sequence of events that allowed an arrangement like this to come into existence and not only avoid being a production trainwreck, but sound pretty damn awesome to my ears, I've got only one word: Bravo. 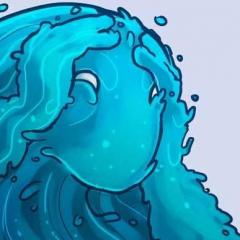 I can't tell you how much I hate this mix... Hate it for making me like it so much. It's as goddamn catchy as the song it pays homage to. I need ear bleach now.

I think Callum put up a particularly solid vocal performance---with good clarity/enunciation, and the mixing by Jorito is overall fairly clean. I also like how the lyrics contain to-be-expected rickrolling references, but not in a forced way. I really dig the intentionally crunchy production, and I appreciate the dedication to fine-tuning this packed soundscape. Eino kinda has a thing for controlled chaos, it seems! Plus, who can deny the swagger in the half-time rhythm?

I just can't stop listening to this track, it's VERY GOOD!!

Man, I've been listening this track a lot since it was released as a part of SFRG. I can actually say that this is the only track from that compo that made it to the top-50 of all tracks on my phone

It doesn't mean, though, that the other tracks are all much worse, no, that's just how good this particular stuff is! Anyway, really solid collaboration guys! From kicking drums and delicious synths to some serious guitar chops and smooth vocals, every little thing here shines here. You can't just listen to this once and forget about it. One of my personal highlight here, however, is the part at 2:19 - it's like a small sonic rollercoaster with all those interplays between various instruments. Once again, huge thanks for this work, you're a great trio 3

As the 'organ donor' (heh, couldn't resist) to this track, I very much appreciate the feedback, many thanks!

I love this mix so much, I had to write this post even though DJP said everything that I thought would be worthwhile to say.

My favourite part of the remix is that beautiful organ just rocking out the whole way. Everyone needs more organ in their life, dirty jokes aside. :p

This remix needs to be in your collection, pronto.