Arranging the music of 5 songs...

We conclude a rather excellent week with a lovely Chrono Trigger medley blending classical, jazz, and Latin/Caribbean elements from newcomer Andrew Thompson (with special thanks to Kristy Mezines on piano and Fernando Valencia on percussion), striking tones that range from mellow to suspenseful & everything in between. Very dramatic! We didn't receive comments from the artist, but there's a blend of very expressive ensemble strings, piano, accordion, hand drums, and woodwind leads that makes for a very global feel... touches of Cuba, Argentina, Spain, and France... taking us on a tour not only of musical flavors/customs but of several classic Chrono Trigger themes. Judges grappled a bit with the conservative treatment of melodies and the question of medley transitions, with Sir_NutS conveying the majority sentiment of approval:

"This is another case of a track sounding very conservative at first glance but having a lot of subtle details that add to the interpretation. As noted by Gario the underlying additions behind the much more conservative main melodies are what distinguish this track from a straight-up cover. However how much they add as to make the track stand out on its own is the question. I believe enough is done, especially in sections where harmonies and keys are switched, and where themes are meshed together, such as near the end. Performances were good for the most part, some of the instrumentation felt stiff in some spots but enjoyable nonetheless. Overall I think casual listeners would probably need to listen attentively to hear the differences, but wouldn't need to put much effort to enjoy this piece which was well crafted, performed, and produced."

The expressiveness of the part-writing, which at times comes off as almost (appropriately & musically!) melodramatic struck me as interpretive, as did most of the instrumentation tweaks. Melodies themselves are quite close & easily identifiable, but they've been woven into a context that blends café, tango hall, & fireside jam into a single, unique experience. If Square Enix had its own theme park, this could be the music for their version of Epcot Center, and I wouldn't complain. Solid debut from Andrew, with performances from Kristy & Fernando that help heighten & humanize the atmosphere; looking forward to hearing more!

I love the rick bass sound, and the piano sounds gorgeous. When the Ocean Palace part came in, I was like, "Here we go!" xD I like how all of these blended so well. This sounds beautiful. 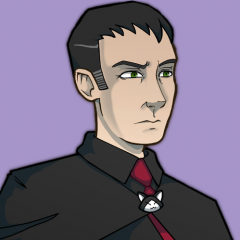 Properly excellent. The instrumental arrangement here is spot-on in complementing the selections in this remix. The result is something that maintains the integrity and improves upon it--no mean feat given the quality of the original score.

I don't come on here often enough to tell people how much I like their remixes. At least I'm doing it now.

I can't pretend like I have the technical expertise to explain why this one resonates with me so much; it just does. I love the choices of instrumentation, I love how mellow it is most of the time, and I love how this gives me feelings like I had when I played Chrono Trigger the first time, except somehow more prominent. Me hace sentir tal como estoy en casa.

P.S. Thank you for showing me yet another YouTube channel I should subscribe to; I want to hear more of this kind of thing.