And remember to drink your ovaltine check out their previous two albums, Freshman Year and Spring Break DJ Set! This second selection again rocks the rock vocal, with Stevo remaining as lyrical scribe but Moonlapse taking over on the mic, as the group explores Zangief's deeply held personal beliefs & how he eats burgers (котлетки!) while wrestling bears. A sweet mashup of Gief & Guile's respective themes ensues, with Ryu even making a brief cameo.

The highlight of this mix for me was just how well these two melodies play with one another; feels very much like a coherent arrangement of a single source. It's an... interesting... point in history for the relationship between Russia & The United States, but maybe we can all learn from the melodically & harmonically symbiotic bromance OCU has cooked up between these two world warriors' anthems. Also, if I can change... and you can change... maybe everybody can change. Also, Happy Birthday Paulie. Larry writes:

"Street Fighter II is my personal favorite game soundtrack, so I love this so much. The track has some good textural changes that make it dynamic, all while staying high-energy throughout. The mixing could be clearer, but the energy is off the chain! With the vocals, I popped hearing "eating burgers while I wrestle bears"; Stevo delivers once again with some strong, but in this case fun & silly machismo lyrics, this time performed by Moonlapse with Stevo on chorus support. Arrangement-wise, really great interplay between Guile & Zangief's themes where I wasn't even noticing the theme switching until I paid attention, including the Ryu theme cameo at 3:03 towards the end; everything connected so seamlessly here. Love it. Looooove it! OCU! :-D"

Ditto that; there's a certain cheekiness, but the group brings the musicality to back it up & make it work. As with the previous mix, I think some aggressive vocal processing/stylization and using something like trackspacer to cut out the center of the mix for the vocal part would be good, but that's about it - love the energy, love the attitude, and of course (especially in this case) I love the arrangement & source selection. Also, he didn't even have a cameo, but I'd like to give a shout out to my boy Flowchart Ken, who actually IS a family man and STILL kicks butt, even if his eyebrows & hair are #000000 and #FFFFFF. Truth. Larry and I love us some Street Fighter, and this is probably gonna hit even harder for SF addicts/fans, but it's a high-voltage, enjoyable rock vocal any way you slice it. Enjoy it, and check out the full album for more; props to OCU for another year of school!

First we have "The Ken Song", then "Ryu Next Generation (RNG)", and now this! Absolutely excellent, brilliant and marvelous stuff 3The The sources work together extremelly well, and the track is a blast to listen to! The instrumental performances are really amazing, and the vocals are pretty spot-on too! If a whole album of such SF2 vocal arrangemets existed, I would buy it immediately! Great, great job, all of you

Studied hard and now
I've trained for years
Eating burgers
when I wrestle bears
It changed me
So, lately
I'm hasty
for him to face me

My head up high, I won't give up
Gotta try
If I believe I can
I'll stop his evil plan

My head up high, I won't give up
Gotta try
If I believe I can
I'll stop his evil plan 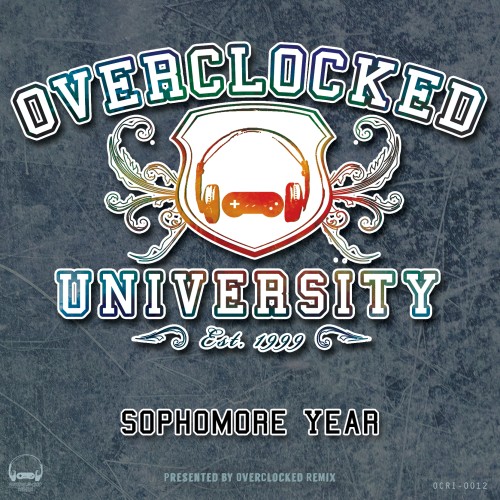