By Reuben Spiers, Gamer of the Winds

Not to be confused with Spinal Tap's Smell the Glove, Reuben6 (Reuben Spiers) follows up his sweet "Gerudo" debut from back in April of this year with our FIRST EVAR arrangement of Super Mario Odyssey, sending us a folk/rock jam take on Koji Kondo's "Steam Gardens" which pairs acoustic guitar & mixed percussion with dueling flutes - courtesy newcomer & collaborator Gamer of the Winds (Gregory Orosz) - and an electric bass that comes in later & shakes things up:

"This is my acoustic cover of "Steam Gardens (Wooded Kingdom)" from the 2017 video game "Super Mario Odyssey," the soundtrack of which was composed by Mahito Yokota, Koji Kondo, Shiho Fujii, and Naoto Kubo."

"It came out so well!! Thanks for having me record flute for it! It was a lot of fun to do!"

Live flute adds a lot, and this has a jazzy type of swagger to it, in addition to the clearer folk/rock vibe; sorta 70's, sorta not, but all good either way. Liontamer writes:

"The bassline was heavily modified from the style of the source's opening bassline, but it's similar enough that I felt the connection was there, so the source tune checked out overall as being used throughout the piece and there wasn't a need to timestamp anything.

The melodic lead guitar brought in at :14 should have been more in the foreground; both that and the flute sound too distant/quiet relative to the tambourine and supporting guitar work, so the placement doesn't make much sense. I guess we're standing right next to the tambourine player. :-) Anyway, the balance among the parts would have been nice to tweak, but wasn't a deal-breaker issue.

Beautiful arrangement, Reuben and Gregory. With the source having breakbeats as an anchor, getting rid of percussion and going for a more acoustic feel with both the instrumentation and body sounds like the finger snapping was a great way to distinguish your version from the original. Strong stuff and well executed!"

Ditto all that; the genre/aesthetic alone help to distinguish the arrangement, and the snapping & fret noises & background noise are a part of the ambiance makes it work. Performances have attitude and grace, and the whole thing feels comfortable & confident, in addition to being fun. I was initially hesitant when I heard about the Switch, but it's now my go-to system, thanks largely due to convenience but also due to great games like SMO. VERY glad its soundtrack is now represented on OCR, and equally glad to see Reuben back, collaborating with the very talented Gamer of the Winds, and offering us something different but every bit in the musical, upbeat, & toe-tapping tradition of the franchise's continued greatness! 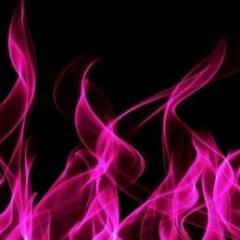 This is just a masterpiece, through and through! If the Moody Blues had created a Mario Soundtrack, it would sound like this!