We're proud to announce the release of Candy Corn III: Direct to Video!

"So, it's come to this... So it goes with all horror movie franchises, the first one with its low-budget underground novelty, garnering a morsel of legitimacy, leading to the wide-release theatrical sequel, complete with the blessing of the director and studio execs, only to be panned by the critics, mocked by the fans, and dismal box office returns... then it happens, perusing the local video store, you find it... placed auspiciously next to its cinematic siblings. Did you know its release date? Nope. Was there a plot? Maybe. Didn't that background character die a few scenes ago? Probably. Is the boom mic visible in the film's emotional speech? Almost certainly. But here we are ready to beat the fossilized remains of a horse species long since extinct, may I present... Candy Corn III: Direct to Video."

The artist's love for the horror genre is the primary governing force behind the Candy Corn series of albums - not an explicit intent to create spooky/scary SOUNDING music, but to celebrate the legacy of horror in film and television, with an emphasis on nostalgia, presentation, and camp, i.e. cheese. So while none of the CC albums have been about scaring the pants off anyone, all three have situated satisfying, creative, & intelligent EDM VGM mixes within a Halloween-appropriate setting, providing vocal drama that reinforces the concept. The artist applies funk & pinball inspirations to this catchy, infectious take on Mario Kart DS:

"So I like funk, I like pinball... Both were a little before my time, but they always seem to stay relevant. They're still making pinball machines for popular movies and legitimate funk songs that feel like vintage 1970s still pop up on charts."

Love the groovin' slap bass work, the opening arcade FX set the stage well, and YB opts for a more traditional EP lead that's got grit & character and cuts loose at 2'43" and other places with some tasty licks. It's equal parts funk and EDM, perhaps even leaning towards the former, but there are still enough synth bits & modern production techniques (sidechain, for one) that it lands comfortably in the electronic realm that the CC EPs have focused on. Candy Corn is about celebrating the kitschier aspects of Halloween, and horror more generally, so this is devoid of cackles or ominous minor-key motifs and instead just packs in formidable fun, mojo, & ENERGY for a thoroughly enjoyable take on MKDS. Enjoy, and check out the whole album for the full experience! 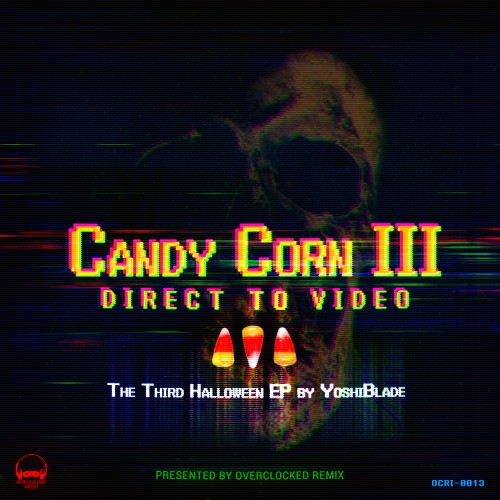