"House by the Cove"

"How's it going, guys? Here's a blast from the past, embrace the nostalgia. Here I have a remix of "Ghost House," a gem from Legend of Zelda: Link's Awakening. Bonus points if you've played the game. My original intention was to keep it somber and reflect the mood of the little house by the shore, but as the progression started to shape, it took itself into an unexpected direction, so one could say that it's a remix of "Mabe Village" theme as well.

Although the remix can be interpreted in many ways, in my mind the arrangement is symbolic to spending a day on Koholint Island, with each section reflecting the time of day. Perhaps it could be viewed from the perspective of one of its happy little residents, or even the little ghost, who in my imagination received a second chance to inhabit the island for just one more day before moving on (and the whole island disappearing). Anyways, these were some of my inspirations."

I love how this opens up from more-or-less straight chiptune into an augmented style with piano, strings, sound FX, & more; there's no jarring transition, things just gracefully develop as they progress, and the mood stays generally pretty chipper & upbeat. Larry Oji writes:

"The sound palette wasn't blowaway and felt thin in spots, but the combination of chiptune sounds and sampled instruments was quirky & fun. It was a solidly produced combination that kept things light and upbeat, and felt like a well-executed GBA-style soundtrack arrangement remake, so I dug it."

I've never heard a piano this nice on the GBA, but I hear what he's saying on the other non-chip elements, and it works rather well. Jivemaster adds:

"Basic synths with stereo separation worked well. At 1:02 I was taken off guard by the direction of the arrangement. While I usually find the use of sound fx from the game a remix is based on to be cheap and often irritating, but here it works rhythmically to complement the arrangement as opposed to acting as cheap filler. The following transition where strings were introduced was a nice change. Percussion that is mixed throughout fits well, and helps to differentiate this from other minimal mixes. Creative take on the original."

I'm probably more accepting of FX use in mixes, but I mostly hear pieces that have already passed the judges panel, and that might be the difference. I loved the creativity here, especially how the piece changes & experiments with different ideas and instrumentation while still feeling cohesive & warm. Superb, memorable, & well-timed debut from Bogdan - hope to hear more in the future! 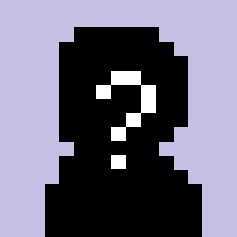 Did anyone else notice how the warping sound effect in the outro even included the same audio lag that occurs in the original game due to there being too much motion on the screen for the Game Boy to handle? That definitely hit the nostalgia and attention-to-detail marks for me

I just want to say, I'm seriously impressed that you managed to include most of my favourite musical genres into one single song, and one which invokes such fond memories of a game that (I'm sorry to say this) I don't have a lot of memory from in general. (These things happen when you grow up with a Sega Genesis, and don't play Link's Awakening until on the Virtual Console... but anyway.)

And also, I for one am glad this took a turn from the sombre tone it apparently was going to have initially, and instead is so light-hearted and fun.

Haha, another track from workshop made it here

I fondly remember listening to this one a lot of times back then, and, of course, remember liking it a lot! Very reminiscent of some Shnabubula's stuff from NES Jams, and that's certainly a good thing. Not the most common blend of components here - bits of jazz, chiptune and whatnot, but, hey, it works. Works very well, for sure