"This is a theme (originally composed by Nobuo Uematsu) that has mesmerized me since childhood. In fact, it would be accurate to say that the Final Fantasy 4 main theme partially sculpted my brain. The game, in general, had a huge impact on my life, and still continues to do so to this day.

I've already composed covers of this melody twice before now (you can find them on my channel if you're interested) but I've incorporated both of the older versions into this new remix, similarly to what I did with my "Into the Darkness" cover. Since I feel that my skills have improved, I've been revisiting a lot of my older arrangements as well as original compositions.

I know it's probably too close to the source, but I figured I'd still give it a chance, since it's the sister track to my FF6 and FF5 ones that I submitted!"

Wonderful harp lines, flute/oboe parts, a fluctuating tempo, and a good mix of hand percussion to round out the orchestral palette make for an engaging piece; Liontamer writes:

"Structurally conservative, but very well personalized and expanded in terms of the part-writing. Nothing else to say but nice work per your usual excellence, Rebecca!"

"I really liked the harp and string lines on this one, very cool. I was expecting more of Rebecca's folky/mystical style, and this one has some of that, but it is a bit different this time around and I'm glad that she's taking some slight detours to explore her style a bit further... I also didn't think it was too close to the original... sure it repeats some of the lead melodies verbatim down the line but this doesn't feel like an upgrade or cover."

I thought the minor speed-up & varied instrumentation were highlights, making things just a tad less serene & a bit more suspenseful. Great stuff from Ms. Tripp, as always, and an enjoyable take on a SNES/RPG classic! 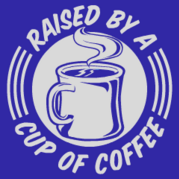 Very nice! Especially love the intro segueing "Land of Dwarves" into the main theme, as that piece doesn't get a lot of love. (Aside: Recommend updating the song's entry to reference that piece.)

Exquisite. You really captured a story-telling vibe in this piece, which is more than appropriate for the source. From the woodwinds to the percussion, it's wondrous and enthralling. Always good to have more Tripp music!