Very cool to see a third featured mix from about:blank (Chris Bouchard) as he takes on Undertale's "Heartache" in a lo-fi, glitchy, warm, & chill jam that hits somewhere between hip-hop & EDM:

"The Undertale OST has been one of my favorite modern soundtracks ever since I first played the game, but it wasn't until I actually began attempting to rearrange this song that I realized just how intricate much of the music actually is. My first idea was to have a surprise key change and segue this theme into the final map theme from Fire Emblem Gaiden, but the result was cluttered and didn't really do either song justice. So I decided to just explore this song as much as I could.

Aside from adding a few new melodies to accompany the basic structure of starting out big, chilling out in the middle, and building back up to a big finish, I also moved around some parts of the original composition. The most prominent example of this is probably around 3:14, where the lead synth is actually the bass part from the original song."

Neat background talking/sampling going on, with almost turntable-style glitching, as bells/EPs take the melodic lead, a gigantic synth bass lurks underneath, and gritty beats push things along. The structural variety was unexpected & greatly appreciated; a lot of times a lo-fi jam like this gets into a rut & sticks with an autopilot form so as not to disrupt the chill, but Chris opts for the more difficult (but more interesting!) path of breaking things up with some compelling transitions. Larry Oji evaluates:

"Yooooo, at :28 this opened up pretty filthy, I love it. Everything Chris does with the sound design is so much fun, and it fits Undertale like a glove all while presenting a completely different audio style. It's all difficult to get a bead on, but in a fun way, and the "Heartache" melody really gets put through the proverbial ringer.

A crit on the production: things got too crowded from 2:55-3:32 and I felt the low-end should have been pulled back, but it's only one ding amidst such a stellar take. Whatever Chris is smoking, he needs to share it. When about:blank is the artist, you're GUARANTEED something creative, unique, and inspired! :-)"

Strong praise, but earned; each of the artist's mixes have indeed offered a different mood, different textures, & an unusual (but effective) approach to arrangement. In this case, the vibe feels especially right relative to the source/game, and the climax towards the end is pretty spectacular. Excellent work - enjoy!

Honestly; the fact the remixer considered a segue into the Fire Emblem Gaiden final boss theme... that impresses me; and I'd love to hear a remix of that in his style. Because there's something about songs by about:blank that really captures my attention. Like Emunator said; there's elements all throughout the song that demands attention - that Sans vocal chop mixed throughout is something that took me a moment or two to actually recognize, but it brought an instant smile to my face. The glitch work is on point, nothing is at all out of place. It's well balanced, a good spread of audio; always something interesting going on but never cluttered to the point of being overwhelming; pretty spot on for this kind of chill lo-fi mix.

But really; I'd love to see more Fire Emblem on here too...

Yesss. Any new track from about:blank is certainly a treat. As others in this thread have mentioned, Acrophobia is still a listening staple for me all these years later, and this continues to build and evolve in that same vein. There's elements of just about every part of this song that demand attention - the reese bass in the first verse, the vocal chops starting at 1:06, and the tasteful glitching and chopping throughout. Just when I thought the mix had reached its plateau, the climax starting at 2:40 comes in and shifts this into another gear!

Excellent work, this is a must-keep for me!

I'm not familiar with the original song but I could've taken another 2 minutes of that, at least! I love the section at around 1:40 especially.

Really digging the balance struck between playing the melody cutting loose with breaks. There's a lot going on but the big change-ups feel very natural and not cut-and-pastey. Killer use of tape warp throughout the whole piece.

There's so much detail in this track that it needs a few listens to be fully appreciated. I love the vocal chops at 1:06, and the confidence to use dynamics so well throughout the piece. There are parts that are very sparse, and then there's that huge finish. Very nice work indeed. 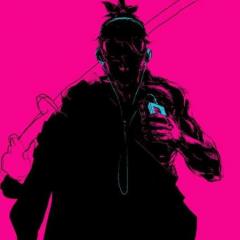