HAPPY NEW YEAR!! Plenty of hate on outgoing 2020, for plenty of reasons, and plenty of optimism about a new revolution around our star providing a saner, kinder experience. We begin 2021 in full-on chillax mode as M Benson's third featured mix offers up a laid-back, saxophonic reggae take on the (in?)famous "Chocobo" theme:

"I've long noticed the chords to the Chocobo theme (G-F-G-F, etc.) are a staple of reggae music. I used two famous reggae "riddims" (the "Hot Milk" and "Stalag" riddims) and put them with the tune. I tried to use as many real instruments as possible (just the keyboards are fake) and tried to "wark wark" on the sax at the end of the solo. Thanks!"

I've been looking forward to posting this one ever since I heard it; I feel like reggae (along with myriad Latin genres & sub-genres) is relatively scarce in the VGM arrangement universe, which I tried my hand at addressing w/ #OCR04000 ;) Of course, these genres (like so many) tend to benefit from live/recorded instruments, and Mike's sax work here is a huge highlight - extended soloing, some honks/growls/squawks thrown in for good measure, and a good sense of restraint & not going so far as to step outside the vibe. It's delicious, and absolutely does justice to the concept. Judges were unanimous; Rexy writes:

"Ooh, I also like this genre translation! The framework's very straightforward - a run through the theme, an opportunity for solos over the A section's chord structure, then back to the source to finish with both segments swapped over. A mellow groove like this has an irk with causing autopilot, especially considering reggae rhythm norms - but a dig deeper revealed subtle percussion differences in both source iterations, notably differing tambourine accents and off-beat cross-stick placements. Cap it with how well the melody transformed itself to fit this more laid back groove, and it's got more than enough strength on its writing and interpretation to get over the bar."

There was some concern with the potential use of the riddims Mike referred to being non-VGM source use, but ultimately certain musical genres lean pretty heavily on particular rhythmic patterns & chord progressions, and those patterns/progressions come closer to representing DNA or "core stylistic elements" than being tied to specific songs. Bravo to M Benson for working in a less-common (on OCR at least) genre & taking a sugary ear-worm on a Caribbean excursion - great concept, great performances, great fun, and a great way to start the year! 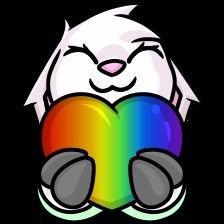 This is lovely. With so very many official arrangements of the chocobo theme, it's great to see a fresh take is still possible, and this track does an excellent job of representing both the source material and the genre without making either feel out of place. Definitely going on my stream playlist~