HomeReMixesThe Legend of Zelda: Ocarina of Time "Bolero of Bolero of Fire"
|

ReMix:The Legend of Zelda: Ocarina of Time "Bolero of Bolero of Fire" 2:28

Nope, that's not a typo, as newcomer Evan Wardell has in fact made Ocarina of Time's "Bolero of Fire" even MORE Bolero, upping the Bolero ante and sending us a classical treat:

"This was written as part of the Pixel Mixers community tribute album to Ocarina of Time and Majora's Mask, Sunrise & Moonfall! I've been fascinated with the idea of expanding the short temple warp songs from OoT for a while, and "Bolero of Fire" was especially of interest to me since the original is already a fun, blatant reference to Ravel's "Bolero." I took this opportunity to really lean into that reference with the repeated snare line and the orchestration of the pizzicato strings, while still only drawing from/expanding upon the melodic and harmonic content from the game (with the oboe B theme coming from a small melodic fragment in the "Fire Temple" theme). The mix itself also took some inspiration from this Ravel influence; I tried to leave a good amount of air and dynamic range to make it feel a bit more like a natural orchestral hall recording. Thanks so much for your consideration!"

Bolero++! I'm biased, of course, but I'm reminded at points of my own "Red Waltz" from 2008 - similar snare/triangle, in particular. Evan did a superb job with the negative space and dynamic contrast, so the louder bits pop & the quieter bits are appropriately subdued & moody. As a related Jeopardy! protip: if there's ever a classical music question about "Bolero," the answer is (who is) "Ravel," and vice versa. Liontamer evaluated:

"I always appreciate short-and-sweet arrangements that pack of a lot of substance and variation in a brief run. "Bolero of Fire" is present throughout as the foundation, so this opened conservatively, but the arrangement really branched out from :59-onward with Evan's strong expansive writing ideas inspired by the "Fire Temple" theme on top of the main source. Nice orchestration and a beautiful debut from Evan, who I hope we hear more from. Ravel would have enjoyed this kind tribute. ;-)"

I second wanting to hear more, and congrats to Evan on a strong debut that takes an intuitive concept & sees it through to its logical conclusion with emotion & style - bravo! 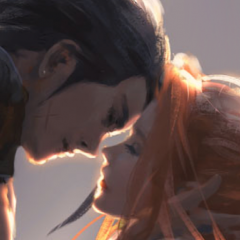 Absolutely. Friggin. Loved. It. It's just so beautiful. The arrangement is excellent, I have always liked these two songs when the longer melody is played in the cut scene.

My brother turned me on to you guys years and years ago. To my sadness he has passed on, but he would love this. It is one of our favorites. 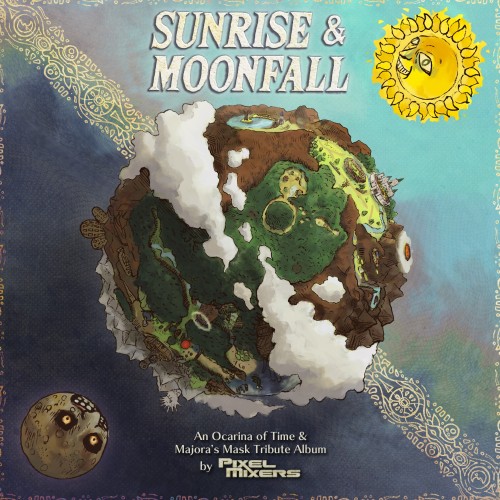