HomeReMixesPrince of Persia "The Hourglass Ritual"
|

ReMix:Prince of Persia "The Hourglass Ritual" 8:37

Well, it's ***only*** taken 22 years, but we finally have our first featured ReMix from the Prince of Persia franchise, as Lashmush (Rasmus Sorber) takes a psytrance turn with this 8+ minute, rather spooky arrangement:

"This project started as a simple training exercise to do psytrance effect work. I've spent a few years listening to various artists to kind of reverse engineer how they create their sounds and atmospheres. I also had the idea for a while to remix the "Final Battle" track from PoP into a harder kind of techno thing, so I used that idea as a foundation to get better at electronic genres in general. (So much automation... oof.)

I realized though that "Final Battle" doesn't really have much to work with, so I chose to bring in the Jaffar theme that plays whenever you run into him throughout the game. It's an imposing sting and works really well. I also wanted to add a nod to The Sands of Time and subsequent titles by having a lot of time-related effects like the slowdown ticking effect at the start as well as how the melody reference to "Final Battle" that comes in a bit later on keeps playing a bit, then sort of reversing back and repeating, much like the gameplay as you use your dagger to reverse time. These time references also fall into the general idea of casting the hourglass spell that condemns the princess to die in 120 minutes (60 in the original Apple II game) unless she weds Jaffar.

I spent quite a lot of time on this as I'm not very well versed in these genres, but I'm happy with the result and hope you enjoy it. It might be a bit long and, perhaps, as psytrance is not always a very melody-heavy genre, a bit empty of structural references to the original works, but I'm hoping they come across well enough. That's up to the judges to decide."

And decide they did, unanimously :) It's worth taking a second to note that although there are certain things we look for in ALL mixes, of any genre, there are also concerns which are necessarily going to be genre-specific. Psytrance is a genre more or less built on repeated patterns, often sparsely ornamented, and if you made those same types of aesthetic decisions on a prog rock track of the same length, I can't say I think it'd be... well, good. Right then: I can remember playing Prince of Persia back on an early computer platform of some kind... maybe it was the original Apple II, maybe it was a port, but it was hard as hell, I didn't get very far, and I thought the rotoscoped animation looked amazing. In a nutshell. It was also neat to play a game set in a more unique cultural/traditional setting. I played the heck out of Sands of Time, I think on GameCube, and got into but didn't finish the very stylized 2008 reimagining. And I even liked the Jake Gyllenhaal film for what it was, and don't think it would have been markedly improved had he been more Persian and less... Gyllenhaal. Bottom line, I've got a relationship with the series, I'm glad to see it finally represented on the site, AND - more to the point - I think Rasmus has done a terrific job. As many judges noted, especially for a first swipe at the style, this is some good psytrance - Liontamer writes:

"Since the Final Battle theme isn't super-melodious, the key to the arrangement lies in building around that theme with interesting, well-mixed ear candy and well-executed changes in the textures and dynamics, as well as techniques to keep the track evolving and flowing. It didn't feel like a near-9 minute piece and didn't drag out. All of the Jaffar's theme usage fit nicely here as well, and the stuttering/gated vocals at 6:14 in particular were a creative touch. What a fun ride to take, and a really cool arrangement outside of Rasmus's past material. Nice job!"

Ditto to all of that; DarkSim adds:

"To say you’ve not made much psytrance before, this is an impressive offering. The intro is super dark and atmospheric. The whispered vocal chanting sets a creepy tone, and the tension keeps building as you introduce the swirling plucked arps that build and then deconstruct themselves (both in pattern and tone) to give texture and emphasise the twisted nature of the track. It’s only when the pulsating beat comes in at the 1-minute mark that we realise this kind of dark intensity is going to be present in the whole track, and it’s not just a build.

The track’s length doesn’t bother me, particularly for the genre, and each of the 3 main sections of the track are distinct. You’ve got the establishing first section, which is the longest, and serves to set the tone. The second one experiments with triplets to keep things fresh, and the final section is the busiest, to stand out as the finale."

It's almost like "horror psytrance," such is the unnerving, sinister effect of the whispered chanting and the slack-bow string descensions; very spooky & somewhat cinematic, lending additional acoustic dimension to the often purely-synthetic psytrance structure. There are also more traditional (for the genre) synth squelches & effects, and the transition work is very well done - the early accelerando & ritardando break being one of several examples. Bottom line is, if an artist specializing in psytrance submitted this, we wouldn't have batted an eyelash, and that's a pretty good testament to the artist's exploring the genre successfully. Bravo!

I remember requesting a ReMix from this game over a decade ago right before the movie came out as it was one of my favorites when I was younger, and so I’m overjoyed to hear this game finally get love on the site. The whispered chanting and darker tone really set the mood well and the arrangement is incredible for making this longer track sound good for over nine minutes especially when it picks up near the end. Trance seems like it can be tricky to keep people engaged, but this does it so well. Instant addition to my mp3 and hopefully Prince of Persia gets more love in the future! 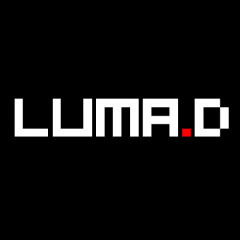 This is so sick