We're here to wake folks up from their turkey comas, so get up and dance! timaeus222 (Truong-Son Nguyen) returns with his first featured ReMix since 2020 with a danceable spin on an original from Octopath Traveler! It's been a minute since he's made music for OCR, but timaeus slipped back into the groove like a duck to water. He described his chance run-in with Yasunori Nishiki's soundtrack, along with sharing what he's been up to and his creative process:

"Man, it's been a while, hasn't it? Around summer of 2020, I had gone home from grad school, and was just relaxing and watching some Twitch streams. Lately I've been enjoying playing Yu-Gi-Oh: Duel Links and have been watching streams of that game from people like DuelLinksMeta, axmang0, and steven_freshy_. One day, I managed to catch a stream of zircon programming some Tangledeep, and he plays some VGM in the background, which is always good to see. I came across some Octopath Traveler music on his stream at that time, so later on that day I listened through the OST and instantly vibed with "Primrose the Dancer".

This one didn't actually take TOO long to write -- I attribute the year-long time lapse to COVID, going to grad school, and just having to focus on more important educational things, and spent some of my free time whittling down this ReMix until I finally finished it mid-July 2021. Funny enough, despite writing music for about 10 years now and mostly establishing a unique style for myself at this point, I'm still having trouble pinpointing a solid genre for something like this; I'd like to say it's atmospheric with Irish acoustic elements, but y'all can let me know what you hear!

My favorite aspect of this was writing the atmospheric/acoustic breakdown, especially the guitar and "tin flute" parts -- a lot of expression can be heard there, courtesy of Omnisphere and Zebra2, respectively. I also really liked that the original melody had a cadence that I could readily modify in such a way that it maybe doesn't actually sound note-for-note like the original, but it still resembles a melodic contour that the original artist could have written. Anyways, I hope you enjoy!"

It could be just me, but even though the source tune is a character theme, the energy and presentation of both Nishiki's original song and Truong-Son's arrangement both would have fit so well within our Hometown Heroes album. Truong-Son's on point when he says his treatment of the melody comes across like something the original composer could have done; when you compare the pieces side by side, it's a very apt summary. Props to the ReMixer for such a varied sound palette including meaty beats, vibrant percussion accents, and a tranquil texture of sampled instruments, synths, and chips that collectively hits hard without needing to be aggressive. Judge Emunator evaluated this submission and applauded timaeus's careful approach resulting in a carefree feeling:

"This is a rather unassuming mix with a deceptive level of detail packed into it! Although the sound palette is relatively simplistic, akin to something from the early glory days of OC ReMix, timaeus wields these sounds with a great deal of finesse that really speaks to his mastery of digital synthesis. Each lead melody is carefully tuned to match the expressiveness of the organic instruments featured in the original source – even the backing synth stabs and drums are full of life. The end result is a vibrant synthpop soiree that shows that, despite his brief absence, proves that timaeus hasn’t missed a beat. Great to have you back!"

timaeus certainly is in my shortlist of contributors with an amazing workflow that can craft nuanced, rich-sounding pieces while making it seem like a total cakewalk. Even if you've never played Octopath Traveler, this is a beautiful fusion of organic and electronic elements that will turn heads and encourage folks to reference back the original score. I definitely encourage you to pass this around! 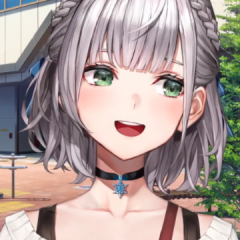 It's dancing time ?~. Thanks for the fun song Timaeus!

Good to be around! I'm still writing music, not much on remixes lately, but I've been doing a lot of arrangements of iconic songs like "Here Comes the Sun" and "Memory" (Cats).