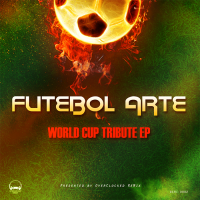 Futebol Arte: World Cup Tribute EP features seven tracks from seven artists, arranging themes from several soccer video games in honor of the 2014 World Cup. It was made by fans, for fans, and is not affiliated with or endorsed by any game publisher or developer; all original compositions and characters are copyright their respective owners.