Home About Difference between revisions of "X over Zero: Mega Man Metal" 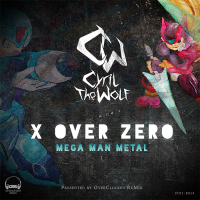 
X over Zero features 9 tracks from Cyril the Wolf, arranging music from the Mega Man X and Mega Man Zero series. It was made by fans, for fans, and is not affiliated with or endorsed by Capcom; all images, characters, and original compositions are copyright their respective owners.

This album was produced to help promote video game music, video games, all the original composers' compositions, and the talented artists that contributed to this project.

1. Cyril the Wolf feat. Drummershy - "Never Be the Same"