HomeAlbumsSuper Mario 64: Portrait of a Plumber
| 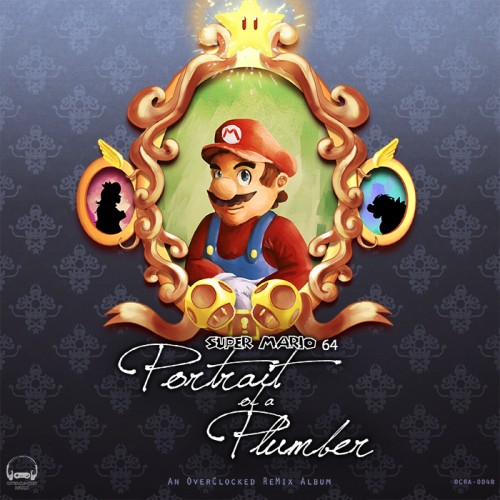 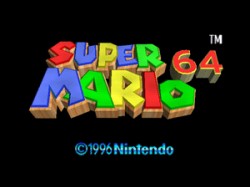 Still such a fun album. Hats off to all involved. Some tracks are fun because it feels like something kinda like them could have been in the game, and then other ones are fun just because they're so bonkers. Peach's House Party's incorporation of the sound effects, Hush Hour's annoyed singing, the silliness of "junkie." I enjoy it all. Great takes on a great game's great music.

Okay, thank you guys SO much. This was a big help. I'm rather obsessive compulsive about my music library metadata.

EDIT: Fantastic album, by the way, to everyone involved.

I should add that Boo's Cues does include a brief reference to the Haunted House theme from Super Mario World as well.

Unless you mean literal sampling, everything is cited here, and based on the source tune names (which I am rather familiar with from playing the game as a kid), it does look like every source tune is rooted in SM64:

Technically, Metallic Mario (and Wing Cap Mario) is built off of "Invincible", but that's recycled throughout many Mario games anyhow, and it is personalized for SM64. If someone did use a source tune not from SM64, I would like to believe that it's only as some sort of small cameo.

Literal sampling is encouraged to be minimal on OC ReMixes, so no, not all of the music samples SM64, if at all.

Is ALL of the music on this album sampled from SM64 or do some tracks sample songs from other games along with the 64 tracks? It doesn't seem that any of the notes that accompany this album cite any specific sources. I need to know because I like to properly source all of my video game remixes in the Comments field in iTunes. Havng this entire album be absent of Sources will be pretty frustrating, so I'm wondering if they're all from SM64 exclusively.

My favorite song in this soundtrack will always be "Perilous Pathway" by Nutritious. It was such a bold and unique path to take on "Koopa's Road", and for that, I truly respect Nutritious.

The other songs are pretty good too

such as "Grab the Red Coins" and "Roads to Everywhere".

I almost dropped "Blue Coin" altogether, but some final production tweaks and some convincing finally got it to a point I was comfortable with releasing.

Who let this guy on the project?

Definitely my favorite game growing up, and I'm so glad to have had a chance to be a part of this album. I would have remixed all three of the sources I took anyway; thanks for letting me take those three on the project! I almost dropped "Blue Coin" altogether, but some final production tweaks and some convincing finally got it to a point I was comfortable with releasing.

Fantastic project with great tracks. Just to name a few, some completely surprised me with the direction they went (Hush Hour, Perilous Pathway, Do Piranha Plants, Peach's House Party), some really expanded on the source (Through the Flames, Somebody Set Up Us the Bob-omb - those chords!), and the classic sources were done right (Sunken Secrets, So Long-eh Bowser!).

I'll go through and comment on each track soon.

Don't worry, it took our file 10 years to be beaten ("our" means that me and my cousin and quite young aunt shared a file hahaha).

There is also a remake on the DS. The major difference is that the "main" character is Yoshi and you can also play as Luigi and Wario. Why Wario is there? *shrugs* Also 30 more stars to collect. Woohoo.

Either are great games and in my opinion, the best music the Mario series has offered.

Listened to this album while I was working and have to say this album is really great! The one two punch of Somebody Set Us Up The Bob-omb and Through the Flames was the highlight of the album.

Despite me picking favorites, I still really enjoyed this whole album. My only gripe is that I don't have any gripes.

Have to say the album's cover art is well designed. Definitely suites the game very well!

Wait, was this really OCR's first album featuring the iconic plumber? Why does that feel odd?

I never played super Mario 64, yet, there is not any track I find weak!

it is the greatest game that was ever made.

I thank you for your kind words about the album, now go play the wonderful game and you will understand. the world will make sense. all will be well with the world.

First and foremost, I'd like ti thanks all the community for this phenomenal album! I never played super Mario 64, yet, there is not any track I find weak! Every one of time are absolutely phenomenal and interesting! I also love the fact that the album cover a wide range of genre! It is something that I really pixel love lately! Anyway all this to say thank you to everyone involved and that I'm a proud supporter of the Patreon!!!!!

Yay! I finished a project! Haha.