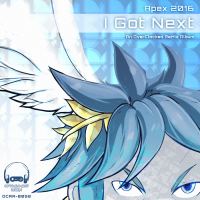 Apex is under new management this year, and they're getting us ready for the next era of incredible Smash tournaments. We're proud to continue the tradition of providing a killer album of tracks covering the games at the event. Hope you enjoy."
– Shariq Ansari, Director