I had a bad feeling when I first began this ReMix - knowing of the talent behind it, I was unsurprised that the mixing was on and more notably the musicianship (on some of them "real live instruments" I've heard about lately) was great, but initially it seemed like it was all "Sleigh Ride" (composer: Leroy Anderson) and very little Super Mario World (composer: Koji Kondo - but you knew that) - which would have presented a dillemma for me as OCR is a game remix site first and foremost. Fortunately, and again unsurprisingly, Mustin (Bass), Dale North (Keyboards), Nathan McLeod (Alto Sax), David Embree (Trumpet), William Reyes (Guitar), and Chris Strom (Drums) - collectively known as the OneUp Mushrooms - deliver a mix that not only covers "Sleigh Ride" and wee bits of other Christmas tunes embedded in solos, but also features a number of SMW pieces as well, all completely noticeable yet extremely well-integrated into the piece. I think that's what's impressive here - in addition to some great musicianship, the arrangement is technically sound in incorporating significant chunks of the Super Mario World canon with "Sleigh Ride". Down to Embree's impressive horse emulation - a telling benchmark of any performance or recording of Anderson's piece - things click. My initial impressions proved false, and fears unwarranted. Of course, with several tempo changes and trading solos, there's a certain abruptness to portions, so you can't get into any one groove for too long before you're onto the next. At 3'21", the fellas packed a load of stocking stuffers into this ReMix, that's for darn sure, and if you're not into medleys that's the only aspect that I could see some not digging as much. But let's be real - there's some fantastic soloing, an amazingly cohesive and balanced team of musicians all playing their derriers off, and the merging of all pieces involved is purty slick. More information on this specific piece and the 'shrooms themselves is available at http://oneupstudios.com/oum.php, if your interest is piqued. I'm reminded of the quote from the ubiquitous LOTR: Two Towers trailer, when Saruman says "A new power is rising" - indeed, the OneUp Mushrooms have a formidable cast of both musicians and arrangers in their ranks, and should be providing the game arrangement community with many similar gems in the future, whether via OCR or other channels. For now, I'm happy to be posting their initial, seasonal SMW ReMix, and hope you enjoy it as well. Highly recommended. 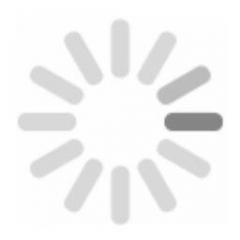 Always puts me in a wintry-cozy mood of mind to hear this come up : ) For all the hand-wringing over standards and such, this is one early offering I'm glad never was purged from the site.

I've always loved this mix and now my (newlywed) wife and I use it in our first family Christmas video! Thanks, TheOneUps!

I smiled out loud. That is all.

I really like it... I just wish the last melody went on for a bit longer

This has definitely gone from popular to legendary status among many in the VGM community. After all, what else could you ask for in a Mario Christmas mix? It's got everything: live instruments, solos, familiar carols and familiar Mario music. I'd have to say that my favorite part is the the 'Overworld Theme' section circa 1:20. It fits the genre nicely, and the play between the sax, trumpet, and guitar is beautiful. This is definitely a mix that the majority of VGM fans will enjoy.

Every single time this song comes up in my shuffle rotation, I think "Eh, I really don't want to hear this right now." But every time I leave it alone and let it play, I'm glad I did. The arrangement really is top-notch - great work guys.

Some music never gets old, does it?

November finds me and my iPod in a couch, listening to a VGM Christmas playlist. Among the songs are two remixes found on this site: "Merry Little Christmas" from Christmas Nights... and this song. They both remind me of when I opened a wrapped present in 1999 to find a Game Boy Pocket inside.

Amazing how it's come a long way since then. Where will it lead next...?

This is so full of win that I don't even know where to begin. Basically, I love all the source material (and boy was there a lot!) and I'm amazed at how well it was all organized and put together. With so much source material, it would have been easy for this mix to feel disjointed or bogged down. Instead, it's just a joy to listen to.

It always amazes me when sources that you would never imagine together end up blending so well. The instrument selection not only creates that Christmas mood, but they also represent the Mario tracks quite well.

When the song switches to the Map theme, I can't help but picture the tree shopping scene from the Charlie Brown Christmas special for some reason.

Cool remix! It sounds like something Mario and Luigi could sip hot cocoa to cozy up next to a fire place.

From the first bass notes, I knew this was going to be amazing. It is definitely a christmas song first, but there are so many well integrated SMW references, that it really works on both levels, and being familiar with all the sources involved, it's twice as good.

Very medlyish, but a whole lot of fun. An excellent remix!

I'm really surprised that the SMW soundtrack blended so well with Christmas music. I'd never imagine the music fitting in with a sleigh ride, but I'm glad someone did. This is pretty sweet and a nice surprise.

This season marks my first time listening to this when there's actually snow on the ground (as I only got it this past summer), and even though it was awesome in summer/fall etc, it's about 82977 times better now. I love hearing those Christmas classics woven in with the awesome SMW soundtrack...

Definitely an integral part of my winter playlist.

Amazingly played. Having performed sliegh ride several times in different formats with the school orchestra, this is the best arrangement easily