"A Flash of Memory"

We haven't had an Earthbound mix since last year, and so Rellik sends us at an opportune time a techno mix that starts with an extended, floaty intro that features distant, swirling, delayed synth atop broken/static fx with faint solo cello and choir leading to a beatdrop (of the non-Dain variety) at 1'27". Honestly, for the first several repetitions of the initial beat, I was actually reminded of my own Socket ReMix from not so long ago - some similarities in progression, rhythm, structure. Nothing overwhelming or even where you could cite anything definite, just my impression. Good techno trance development proceeds further, up until guitar takes over a more defined melody and the piece becomes a little more linear. I actually almost ended up going to the same high school Rellik goes to, way back in like 1994 or something - the DC/Metro area is home to several familiar faces on and around OCR, and it's cool to see people relatively local submitting stuff. The ReMixer writes:

"New mix here, and look, it's electronica again. It's called "Dreaming on Distant Shores", and it's from a song called "A Flash of Memory" from EarthBound. It's sort of... I guess you could call it contemplative trance? With some ambient elements. The whole mix is sort of centered on sound and immersion. Not my favorite type of style, but very fun to make, and fun to listen to! Thanks for checking it out."

At over six minutes, Rellik does the "responsible trance" gig adeptly, keeping things interesting all the way with breaks, and turning the last minutes into a more introspective, melodic affair. The pianoish timbre that accompanies the lovely acoustic guitar for this ending portion is a bit piercing and perhaps a little loud, but it only sticks out because the guitar is so warm and mellow. There's some rather unique percussion, a nasty (in a good way) escalating analogue patch at 3'07" that's followed by some mangled (ditto) breakbeat work, and subtractive and additive policies are well-implemented and do a lot to keep the piece moving forward. You could basically break it into three pieces - the extended, very immersive ambient intro, the quintessentially danceable trance portion that makes up the meat of the mix, and the more melodic outro that retains elements of techno but goes in a more lyrical direction. All three pieces make sense together though, and this is certainly gonna sit well for near-dehydrated Earthbound fans, especially if they're into electronica. Good stuffs.

I'd have to pick the word ephemeral to describe this piece. The follow-ups are ambitious and interpretive. The source is simplistic, sweet, and short. Rellik produced from that shell a deep, transcending journey that befits it's title. It invites the imagination to step beyond the present and into something familiar yet new. I can hear Flash of Memory at times, but what we remember isn't always what was or is. This is an evocative and passionate piece, an early OCR memory for me, and a pleasure to have in the music library. 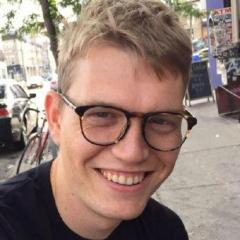 After years and years I keep coming back to this mix. This song can take me from feeling despondent to calmly optimistic in 6 minutes and 20 seconds. This song has been on my phone / portable music player for probably 10 years now and I've never gotten tired of it.

Most teacho/trance remixes way from the past tend to show their age quite easily, and they just are kinda "meh" to my taste, but ths one is pretty darn sweet! It's got a very cool bouncy yet floating and dreamy vibe. Highly recommended

It's a bummer Rellik doesn't do stuff nowdays, though. Certainly would love to see him back one day!

The whole intro sounds like floating in some sort of digital ocean (digital ocean, good title...); good job on the texture. The glitching surrounding the beat is well-done, nice and rhythmic. Speaking of the beat, the snare sounds great. For some reason, my expectations lowered when I saw "techno mix" before hitting play, but this is definitely no slouch. Interesting sound design and writing; I really like how the acoustic guitar fits right in with all the electronic noise. Great job with that. Very good techno mix.

Rellik was always someone I'd looked up to during my first few months over at ThaSauce while competing in the One Hour Compos (back when I went under Jakesnke17). They were a great way of generating ideas quickly and over the course of time, you'd even pick up a few production skills along the way.

So I look back at the comments on this mix specifically and honestly, it's not too surprising that other felt the same way I did: He was masterful at creating unique soundscapes and focusing on textures. With this remix, it never felt like phrases dragged on too long and every instrument had a place. It changes up quite a bit and while I can hear the source, you can tell a lot of effort went into the arrangement by just adjusting the feel of the song rather than replacing its melodic content. I really like this remix: It's vivid and imaginative. Great work.

This has been one of my sentimental favorites for years.

Glad this one survived the purge, it's an absolutely pristine and beautiful mix that keeps me engaged the entire time. Would have been a shame if this one never got to be heard.

This is the second most emotionally evocative piece of music I've ever heard (Overarrow by Anamanaguchi = 1st; that screeching square solo just wrenches me), and my pick for the best mix on OCR -- and I've heard 'em all! You really did something amazing here, especially in light of the simplicity of the arrangment. Every single element contoured perfectly with the next. Just excellent work

You sir just dethroned "Chekan Winter" by Prophecy as my all time favorite remix on OCR. I've been here since this site's genesis and I have no idea how I missed this masterpiece. This song is working on so many levels yet everything feels symbiotic and harmonic. Also you manage to combine of my 3 favorite genres of music Trance, Trip-hop (rolling ambient in with this one), and chiptune in this mix. If you got a donation page or anything let me know I'll be glad to fund your hobby when the product is this amazing.

...Why haven't I commented on this yet.

I'll go on the record saying that this is, without a DOUBT, THE best remix on this site. I am in love with it in every single way possible. I have no quarrel with it. I loved the source, and I love this. I'll be honest, while Earthbound isn't necessarily my favorite VG soundtrack (the Metroid games take that spot), it is probably up there in the top 3 or 4. Or 2 if I can count the Prime series as just the Trilogy altogether.

This song has meant a lot to me in the past one year or so that I've had it on my playlist. It does its job of taking you away to another place. I remember the first time I listened to it, I was surprised to see the song was 6 minutes and 20 seconds long. It didn't feel that long. Time really does go by faster when you're dreaming

This is also an extremely emotional mix to me. I'm not sure how to explain it without dragging this on too long, though, so I think I'll leave it that.

Thank you so much for creating this beauty Rellik. You are without a doubt the most rockin' dude in the whole world.

You'd never know it at a brief glance, but I consider this among the strongest mixes on the entire site.

great rhythmic textures and filtering over a really serene backdrop making this a pretty excellent track. The source is pretty sparse to begin with, so a lot of the additions make it into a whole new song.

Overall really nice, check this one out.

What the first user thinks... I think, because I think I know what he's taking about, I think. Great mix. Lots of Earthbound's tunes have been remixed into techno songs. But I think this is one of the most mature techno songs from those tracks.

This came on my ipod while I was walking along the beach the other day. The way the atmosphere of the music along with the beauty of the ocean and the feel of the sand all came together ... I'm fairly certain I'll remember that moment forever. Terrific song.

You'd never know it at a brief glance, but I consider this among the strongest mixes on the entire site. It manages to be both fast and meloncholic; blurring the lines between those elements of light and shade and varying degrees of intensity. Seeings as I like long, understated intros, I found the setup perfect. Things progress so naturally, you can just hear it all clicking into place, like it's all predetermined. Even the bends and glitches and other experimentation have a real poetic rhythm to them and just sound like they belong. It's a magic listen.

And look, while I can't say I'm well versed in every piece of music from EarthBound, I trust the people who say that this mix does represent a small portion of the game's OST. And correct me if I'm wrong, even the shortest piece in the soundtrack is viable for remixing, given that the remixer uses that piece thoroughly for the mix's duration. If there's no doubt on the judges' part that the mix is derived from some specific chords played in an obscure moment in the game, then normal rules should apply and there shouldn't be any more dispute. This is not the first mix to remix a short series of notes that are seemingly inconsequential in comparison to larger themes but are nonetheless part of a game soundtrack and thus valid.

I think it's a credit to Rellik that such an overlooked piece of music could be nurtured to blossom into something as freaking awesome as this.