God bless Michael Boyd for finding a new way of covering the staple food FF6 Terra theme, the undisputed 'Freebird' of the unofficial game music arrangement world. Darangen had some stuffs to say so let's cover that first:

"This was my entry for March's Dwelling of Duels competition. I was always afraid of remixing this track, it's been done so many times before, and some have done it so well, but alas, here it is. The other day a friend of mine and myself were resolving a conflict that has been going on for a few months now, and some promises were made. Now, if these promises were ever to be broken, the results would be catastrophic, even deadly (in a non-literal sense). Anyways, after that conversation, this tune started rushing through my head and not much later I had the basis of my next remix, hence the name "Deadly Promises". This is also a vocal mix. Not a lyrical mix, but there are vocals in there which I performed myself."

This has classic rock epic written all over it, from the cleanly articulated and processed minute long intro to the wall of self-harmonizing vocalizing that enters immediately following. At 1'23" Terra busts out recognizably, but CHECK them hi-hats out - very tasty pattern, great arranging decision, and makes (instead of breaks) the introduction of such a familiar melody. Things then go wah with some mad-skillz guitar hero noodling that works around the melody instead of just meandering outside its periphery. Tripartite acoustic guitars close out the mix, with rhythm and dueling, counter-panned melody - again, really solid arrangement ideas coupled with effective mixing/production decisions to bring them out. I have to return to the hi-hat pattern used at 1'23", because it's fairly key in distinguishing this arrangement not just as a great, guitar-driven take on the original theme, but specifically as Michael's great, guitar-driven take on the theme. It's nigh impossible to escape the legacy of Terra ReMixers and ReMixes that have come before ye when attempting to add yourself to the long list, and attention to details and distinguishing decisions like these make a significant, cumulative difference. Like The Eagles' Hotel California, no matter how overplayed Terra is, it's still a great tune, and it's still great to hear someone imaginatively and elaborately interpret it, as Michael's done here. Very accessible, and a no-brainer for FF or guitar fans - if you know and like Darangen's work, it's a done deal, if you haven't head his stuff yet, this is a GREAT place to start, and if maybe you heard one or two of his pieces and for whatever reason weren't into them, now's a great time to turn yourself around.

I was bored earlier today and felt like going back and remixing/remastering this. You can hear the remastered version here:

The extended intro was really nice, and backing vocals were a very good touch. It played pretty liberally with the source, but when all the elements came together at once for the final minute, it was really worth it. The acoustic guitar outro was also very classy and nice. 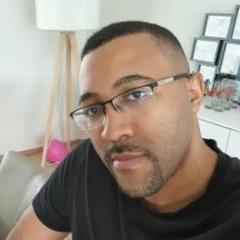 This is definitely everything I've come to know and love about Darangen's mixes. The guitar work, arrangement, and overall track is sheer amazing

I love the intro so much; it's freaking awesome. I'll also admit that when the source comes, it's feels a little strange. I really like how the source is arranged, but it's how prominently Terra's theme is displayed in this track. I've always imagined it to be more dispersed and interspersed throughout the track instead of being transparently laid bare on top. Not to say that that's a bad thing, it's just something I'm not used to nor was expecting. This is and always will be a really cool track.

Great intro! Reminds me of Stained and I like it. It then changes to more of a "Creed" picking style. I like that too! The ethereal voices sound great; adds a layer of texture that really hasn't been in your previous mixes. Guitar work is tighter too. Kick drum is thumpin' nicely in this too!! Great improvement! Hi-hats sound a little mechanical during the fast parts, but it's not too bad. Drum programming, on the whole, is very well done. Original without the feeling of looping! There are some hints of the Allman Brothers harmonizing guitar leads in there. The acoustic breakdown is a great touch. The playing is spot on. A fantastic improvement! Cant wait to hear the others!

Make the intro into its own song. Terra's theme seems thrown in and out of place.

Whale on that V-king baby. You would make red beard(dimebag darrel of Pantera) proud.

This is one of if not my favorite songs on OCR. Really awesome stuff as with all your mixes.

this is hands-down one of the best songs on OCR. Amazing guitar work, good use of vocals. This will always be at the top of my playlist, good sir.

This is a Great ReMix. Although I didn't exactly like the exact opening to the drum area at 0:57, After it passes that one area, its great. I loved the guitar part.

Okay, seriously a a great tune. When you kicked in some harmonizing vocals, that was great, but it was like a tease. Once i heard a little bit, I wanted more. It would be great if someone wrote some rock lyrics to this tune also. Even though they're both great comps, this one is much closer to the original theme of Terra than Ailsean's 'Terra In Black'. That's what put this over the top for me. Great song.

Hmmmm.... a quality tune: decent recording, composition and playthrough. It certainly does rock. Although a fresh perspective on a classic, I think it misses the emotion of the original. Needs more vocal.

This is real heavy dude. The drums, cymbals, and, of course, the electric guitar, it´s just...wow.

i friggin loved it, great guitars and harmony. its my favorite version of "Terra" that ive heard