HomeReMixesDoom "The Dark Side of Phobos"
|

In the beginning, there was Relics of the Chozo. Then came Kong in Concert, and the people saw that it was good. Next came the blue pill, Hedgehog Heaven, followed soonafter by the pink pill, Rise of the Star. Now, on the 8th day of the 8th month of the year of OCR, 2005, project coordinator Mythril Nazgul (Navid Azeez) and company bring you The Dark Side of Phobos, "a 23 track, two disk album with remixes of music from the original DooM game for the PC". OCR's fifth site project is our first from a computer as opposed to a console title, and tackles Bobby Prince's beloved soundtrack to the game that vaulted id to worldwide fame and fortune (even though Wolfenstein deserves some lovin', too); with a name nod to the classic Pink Floyd album, DSoP features work from 19 artists, many of whom are no strangers to the premises of ocremix, and while not every track may end up here, as always we can start you off right with the title track from Mr. Baranowsky, whose menacing, cinematic orchestral arrangement would be right at home in, say, a Doom movie - at least this way if it suffers the same fate as most game-to-movie translations, we can vicariously dream up the film that might have been while listening to this arrangement, no? The pulse of the piece is the deep, running strings, at least up until the three minute mark, bearing a thematic resemblance to Elfman's intro to Beetlejuice, only much more ominous and aggressive. Dynamics are key, as rhythm is established via accentuation rather than note length. We intro with an ambient, breathing cloud of sound, as strings enter and build up to the first hit at 0'23", joined afterwards by tremolo articulations and then some psycho-esque string lines. Snares comes in around 1'04" and things continue building, as stark, heavy percussion dots a legato and staccato string landscape. Piano begins to play a bigger role, and then around 2'30" the pulse begins to abate and we segue into a somber, ivory-led, percussionless, melodic ending; beyond just punctuation (although there's a bit of that, too), this final section is almost like the eulogy for whomever fought and hypothetically died in the first half of the mix, and the two distinct areas of the composition serve as complimentary thematic foils, without sounding cliched or smashed together. This mix injects the dark, hell-infested world of Doom directly into your cerebral cortex and intravenously feeds you both apocalypse and requiem in lethal doses; Dan's done an excellent job of providing the project with a memorable and appropriate opening mix. There's more where that came from, so head on over to doom.ocremix.org to get the full story, or start downloading (please help us seed!) the torrent right now, site unseen, like the greedy cacodemon you know you are. Welcome to Mars, soldier.

This is f**kin' fantastic. 'nuff said.

Two people from my blog (not including me) did a writeup for this, one a literal, the other literary. Fantastic dynamics, great imagery, love the end.

very well done sound palates, and exceptional dynamics. I agree with some reviewers that this isn't something i'd listen to as a stand-alone song, but it really has an incredible mood, right from the first few notes. Very ominous, and the title fits this track perfectly.

This would make an unbelievably good halloween background track.

This feels good and appropriate. I love that suspenseful orchestral groove going on.

Apparently some people do not enjoy a mix that strays "too far" from the source tune. Some people are also crazy.

not even doom music

not even doom music

All I can say is: kick ass. Love the drums.

I agree. It would be perfect as a soundtrack to something. I'm not as big a fan of it as a stand-alone song, but it would complement a movie scene very well.

A very powerful, seemingly completely orchestral piece, this is. Probably the most fear-invoking track on the entire site, not to mention the project that this track is a part of.

There's a bit of repetition to the main pulse, but all that does is add to the suspense, and at the points where the music gets going, I can almost see a conflict between a hero, or a small group of soldiers, fighting something they can't see, hear, or understand.

The last part, the piano solo, seems to me to be a quiet respite, as our heroes calm down, or survey the carnage they're due to witness. Possibly a couple have died to the attack. Then, finally, when their guard is down, the enemy returns for one last go... and that's all we see of them.

Maybe this isn't a moving piece, but it invokes plenty of emotion, anyway.

I'm late...and not on commenting on this mix, I mean I'm late. Daniel, I'm having your children. This will be like the third or fourth time I've had a remixer's children but I feel it is necessary seeing as they release these badass songs I can't stop listening to. Wait...I'm a male.

I guess I've got my Schwarzenegger going.

I love the mix, as per usual with Mr. Baranowsky. I guess it's about right that all my favorite mixes are usually by the judges. Mostly because they know what the hell they're talking about, hence the reason why they're judges to begin with.

Great mood setter and definitely a frightener. Let's put it this way. I have a playlist that I keep under fifty songs at all times from OCRemix. I always...ALWAYS...listen to this playlist as I fall asleep seeing as the computer is right next to my bed. I tried putting this track into the playlist and while I was lying there, this remix came on. I immediately realized what was happening and got up, took the song off the playlist and put on Shnab's "Anachronism" (cheap plug) and went back to bed. There was no sleeping to that shit. lol

Daniel Baranowsky is one of the most powerful ReMixers that I´ve ever heard. He created impacts that only few mixers have courage to make. His arrangements has more variations that someone can expect. And his resources of knowledge never stop amazing me. This new track, is a realization to add.

Man. Just when I thought Baranowsky couldn't get any cooler. This thing is sweeter than ninjas.

This is not the same version of the song that's on the DSoP?

All posts reviewing the ALBUM: The Dark Side of Phobos should be redirected here.

This thread is the review thread for the SONG.

All these posts will now be removed. Poof.

Doom: The Dark Side of Phobos 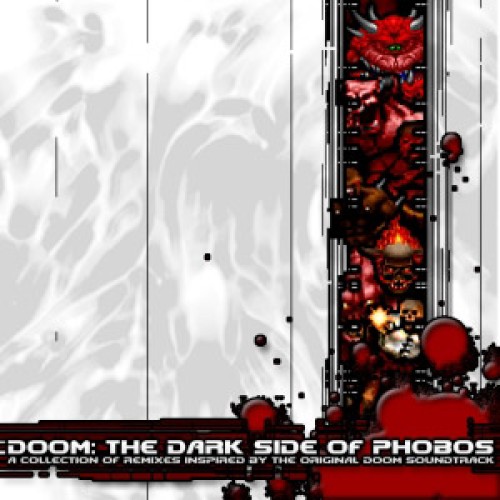