Saw Walk the Line on Saturday, probably seeing it again tonight, and listening up on some Cash. Yes, it's embarassingly trendy and herd to develop affinities based on Hollywood biopics, but Phoenix did an amazing job and, unlike Ray, the film was more than just great performances. I really have to credit the filmmakers for having actors sing their own parts - risky, but it worked out well. So, Thanksgiving: one of those holidays the US of A has essentially to itself. To most, it means turkey and football. Being a lukewarm fan of both, for me, it's always been an excuse to partake of abnormal quantities of horseradish. In either case, I'm sure what's foremost in everyone's mind is the giving of thanks to Squanto, who helped a bunch of hungry white people with funny hats a long time ago with the corn and what not; at least, that's the extent of what I retained from elementary school...

But ill-repaid agricultural tips from days of yore are but one of many things to be thankful for, as Mazedude shows us. While the occassion itself has passed, the soul still burns, as he's submitted an excellent Commander Keen 5 ReMix that's worth a good giving of thanks or two. Furthermore, like congealing gravy, the plot thickens: this is but one of fifteen tracks from Mr. Getman's solo project, "The American Album," available at http://mazedude.com/aa/. It's only been out a lil while, but already Chris has gotten positive feedback from John Romero, Jeremy Soule, Jack Wall, and Tommy Tallarico, as well as many appreciative ReMixers and listeners. The theme - in case your powers of deduction have been curtailed by excess egg nog - is to honor specifically American game composers, and to give thanks (see, it's circular!) to these talented men (sadly no ladies in the group); it's a legitimate point that more attention is usually thrown towards the land of the rising sun when it comes to game composition, so this project definitely fills a hole. Chris writes:

"There have been several tributes made to Nobuo Uematsu, Yasunori Mitsuda, and several other renowned Japanese video game music composers. That's well and good, but... This is the first ever tribute to the American Video Game Music Composers. I'm very proud of that, and it has been an honor creating these remixes. For them, for you, and for me. Enjoy."

This CK5 mix is funky, fun, and most importantly ornate and tightly sequenced, two of the hallmarks of Mazedude's trademark style. Some of the instrumentation and sequencing reminds me of Ari's classic Neighburgers from ZAMN, which Chris also covers material from on his album, along with Doom, Myst, Secret of Evermore, Earthworm Jim 2, and other titles with soundtracks by American composers. Larry writes:

"Solid tracker material here and the arrangement is definitely there without a doubt. I like Chris getting back to some of the decidedly more interpretive arrangement. This is really hooking it up with the Mazedude SPICES."

Meanwhile, The Wingless dashes the hopes and dreams of dozens of boys, men, and manchildren (other than Chris and Tom Cruise) in exclaiming:

"Mazedude is the only man I would seriously consider to engage in man-secks, with the possible exception of Tom Cruise, but that is really niether here nor there, nor very pertinent to the conversation at hand.

In any event, Mazedude is that which all music aspires to be. In all the lands of all the worlds that have ever existed, has there ever been such a man as Mazedude? All things serve Mazedude!"

Some of the percolating, alternating synth fx breakdowns here are simply interplanetary, and the whole thing has a bubbling, galvanized funkitude, with mucho pentatonic melodic motifs and fifth-leads that bend further and more often than those gals on Cirque Du Soleil. Basically, it lives up to its title - it's slick, it's rippin, and it's both keen AND Keen. Definitely grab it here, then run, don't walk, to check out the rest of the project, parts of which may appear here in the future, but the entirety of which is well worth your time, and an appropriate way to round out Thanksgiving weekend.

This is an OCRemix classic! Used to listen to this a lot back in the day.

One wise man once said:

Trying to predict what Mazedude will do for any given mix is like playing the lottery, only your odds may in fact be worse.

And he's totally right. By the time I heard this one, I'd thought that Mazedude can't impress me anymore. Jazz, solo piano, chiptune, industrial, orchestral, I couldn't imagine something new. But it happend. This mix is so bouncy, I gotta say! A lot of craziness is going on here, that's true. But my most favorite part is that starts at 1:16, when only synths and quirky bass are left. I'm pretty satisfied with this piece, considering the fact that it was made nine years ago. But Chris' stuff is always classic, right?

Commander Keen's an old classic, and it just got tons funkier with this song. This one's been in my playlist for awhile; it's always surprised me how impressive the tracking skills are on this. It's yet another example of what Mazedude can do with even the simplest of samples!

Ah, this has been a favorite of mine for a while. Gotta love what Mazedude did with this source. People say this sounds like owner of a lowly heart. I say this is above that any day of the week, not that I dislike that song.

Don't know the game or source, but I don't care, I'm diggin' the old school vibe I'm getting from this.

Woah, this source is awesome! Funky as hell and amazingly catchy.

The arrangement is completely stellar as well, with all kinds of counter point and precision panning and effects usage. The lofi feel to a lot of the samples makes it even funkier, and the variety in accompaniment is inspiring.

It seems like this gem was completely buried due to the source selection, but please PLEASE check this one out.

MedHead said it best, love both the old-school vibe and the bass, and it does get more creative and grows on you.

Mazedude + Bobby Prince = winning combo (although I still think Duke Nukem II and Bio Menace had even better music than the Wolfenstein, Doom and CK music everyone loves Bobby for.)

This may be my all-time favorite that you've done to date. I hope to hear some more stuff from Mazedude here soon!

Holy crap. When this loaded in Winamp I thought DOSbox had spontaneously started up in the background and run Jazz Jackrabbit. XD

No, seriously. It's awesome, and would fit in perfectly in one of those awesome early-90s DOS shareware games. Absolutely brilliant job, Mazedude.

I love these Commander Keen remixes, they're all funky!

I'm really likin' this mix. It's like Mazedude is having sex with my ears.

That would be aural sex.

I'm really likin' this mix. It's like Mazedude is having sex with my ears.

"Owner of a lonely heart, owner of a broken hea-uh-art!"

I'll have to check out the rest of this album now.

Nice job with the front page there, djp. Assuming everybody has at least a 1024x768 resolution set up. Looks like ass to me now.

Anyhow, when this project was released, I mailed mazedude twenty bucks. That ought to be sufficient enough to say how I feel about this track, and the album in general. :]

Though i haven't played the game therefore never heard the original, i can tell Mazedude still shines with his usual high skills in bringing out the oldskool vibes in classic game tunes. 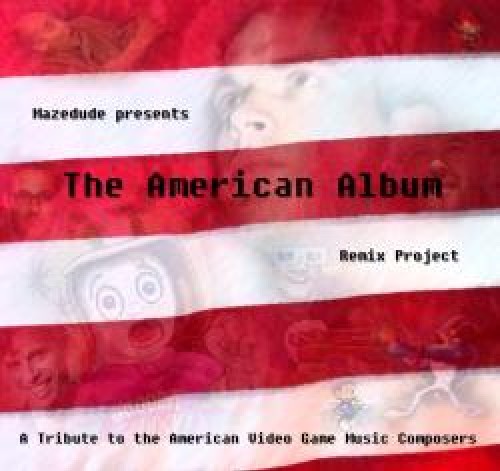