HomeReMixesOkami "Celestial Winds from the East"
|

ReMix:Okami "Celestial Winds from the East" 4:00

So we've been quiet this week, but behind the scenes we've been covertly working on our very first ReMixer interview... with none other than scene veteran and ReMixer extraordinaire, Michael Vafeas. For OCR01700, which coincides with an update of our bittorrent distribution, we bring you his first mix in almost four years, and our first from the critically-acclaimed, cel-shaded masterpiece Okami. If you're like me, and I know I am, this is some damn exciting stuff. We've been meaning to do more with our Wiki, and to provide more content along these lines, and Mike's return provided a great opportunity to do just that. It was very difficult to coordinate all of this without causing a huge delay in posting of mixes, so I'd like to thank Mike personally for getting the interview in very quickly, aubrey for assisting with the torrent update, and Larry for helping with all the logistical issues of what will hopefully be the first of many artist interviews to come. As a side note, when putting in the long hours required to coordinate all of this, it's been very motivating to see folks chipping in to help support the site - every little bit helps!

I shouldn't really have to sell you on either this mix or the interview - both are OC ReMix history in the making, one marking the return of an OCR legend with a damn fine, Asian-infused, mellow arrangement of a fantastic game with a fantastic score, the other being our very first ReMixer interview, ever. This was a lot of work, but I'm really excited at both of these developments and the doors they open. I keep mentioning that we're working on tons of new stuff for the site, and this is the type of thing I'm definitely referring to. We've got more tricks up our sleeve for 2008, to be sure, but I'm really happy to be unveiling some of what we've been striving towards earlier on in the year.

Onto the mix; in his interview, McV talks about the game selection:

"Without turning this into a review – Okami has one of the most engrossing worlds, put together with some of the most gorgeous, creative visuals, inhabited by some of the most charming characters, and set alongside some of the most well-produced and memorable game music I’ve heard in years. This was the first game in a long time that I not only completely fell in love with but respected for all that it accomplished seamlessly, and I wanted desperately to pay homage to the game and to the now dispersed development team, Clover.

The song “Reset” was an easy choice because it’s the title’s theme of sorts. But on top of that it has such a simple, beautiful melody that I immediately knew that it was the song I had to work on. I can only hope I did the song justice… "

I'd say there's plenty of justice here; introing with delicate plucked instruments, there's a major-key, upbeat Asian motif that reminds me of some of the best anime OSTs (Rurouni Kenshin, anyone?), and the percussion that gets added seals the deal. A more traditional beat drops with a tasteful cymbal roll as an emotive flute takes over, segueing into solo piano before coming back into full ensemble. Not only has McVaffe still got it, he's clearly learned some new tricks, and this mix has a litte more melodic emphasis than some of his prior work, so of course I love it. I think fans of McVaffe will adore it, fans of Okami will love it, melody-centric listeners like myself should find it right up their alley, and anyone into anime OSTs should also be very, very happy. If you're not in any of those groups... 1. GET IN ONE... but also: 2. it doesn't matter... you'll STILL probably love it.

Download the mix. Read the interview. Be intensely jealous about the awesome studio full of synths McV has. And look forward to more mixes and interviews here at www.ocremix.org.

Peaceful and relaxing. Sort of an 'end of the adventure' tune that'd roll over the credits. Good job, you saved the thing! Now go enjoy a beverage of your choice. You've earned it!

While the game is set in Japan, the word 'East' is certainly more appropriate in the mix title, as the flute here is typically chinese. Not that there's anything wrong with that.

Very touching stuff. As for McVaffe's magnum opus, I'm torn between this and 'Jungle Jazz', honestly. 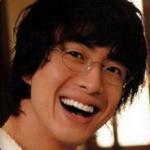 This song gave me goosebumps throughout. Definitely one of my top 10 favourites.

I love the feeling of ending credits theme here. Mike created a truly gorgeous and soul-touching song. The eastern instrumentation sounds pretty good, and the piano breakdown is an absolute win. Wish it was a bit longer, though. But aside from that, it's an exceptionally great work

This reminds me of the end-of-programming music videos that are often show on tv late at night in Japan. Super comfortable, well done!

Beautiful. Not much else to say.

A touch of melancholy... and a wide sweep of inspiration

If it weren't for this mix I wouldn't own Okami, simple as that. Not that I got around to it very quick, but it's been on my list since I heard this song

I'm actually about 20 hours into it now!

This is one of the best remixes on the site. I freaking love it! I especially love Japanese music, and you pay homage to Okami very well with this piece. Seriously, I wish I could remix this game half as well as you did. This is just too good.

I feel like this song takes you on a journey of sorts, overall. Each section kind of feels like it leads you somewhere different in the game, and that piano interlude - man, that was just epic! From beginning to end, this song just feels good all the way through.

This is one of those songs that has really influenced me musically. Thank you for making this piece, McVaffe. If there's ever an opportunity, or maybe some kind of Okami project pops up, please make more Okami remixes! : D

I lived a somewhat different weekend recently. Went to a farm full of birds, cats, dogs, monkeys (!) and rats (which I hunted for and killed like, two of them). I played with children that I roughly knew, and had loads of fun with them. Ate and drank things that I'm not used to (like balm tea). Settled some personal stuff and it felt like, easier to smile after a long time.

I tend to live musically, so every situation has some kind of song to fit in. If I could choose a song to the situation I was in, I'd definitely choose this one, as it evokes this simplistic, campestral, peaceful atmosphere

Do I detect a Hint of Reggae? Somewhere in the middle...

Nevertheless a beautiful arrangement of a a brilliant source. Producers really should pay OCremix for advertising. I've had this game in my Eye for a long time, but after hearing this again I'm gonna go order it. I won't be able to play it until I go home to my Wii for Christmas, but I'll read the instructions and drool...and listen to this mix some more

I love this remix!!! One of my favorite remixes on the site! Nice Nice Nice NICEEEE job!!! The ending with the piano is gorgeous.

Pretty excellent stuff with a great mood and some very nice touches. I really like the string wells about halfway through, and the transitions are very well done as well. A really nice melody presented in an appealing way. This is really pleasant.

Sad that this is the most recent McV mix on here

This is a stunning moody piece of work (if there's anything I like it's moody) which regretfully was one of the first songs I put on my first mp3 player, resulting in listening to it waaaaay too often for a while

This piece holds up so well though, I hardly had to take a break to enjoy it again!

Good heavens, this is sublime.