Yeah, you've heard the 'Terra' theme before... but not like The OneUps spin it. Anthony, Tim, Greg, William, Mustin, and Jared just released The OneUps Volume 2, and it's a two-disc humdinger of VGM goodness. And I don't use the word 'humdinger' lightly. Dammit. There's Sega stuff, Nintendo stuff, old stuff, new stuff, and ALL of it is good stuff. Including this FF6 hotness; the original album cut transitions directly into some delicious Toe Jam & Earl, so we had to do some fading business, in addition to Larry giving the track an original (Mustin-approved!) mix title to jive with our standards. The funky shizz towards the end is actually the beginning of said TJ&E track, but if you want the full deal, you'll need to buy the album. Ahhhh, capitalism... none are immune! But we all know these guys, they've put out tons of great free music, they've selected a track to release here on little old (not-invited-to-PAX-even-once) OC ReMix, and there are far worse ways to spend your money.

There were a lot of links in that paragraph, but let's talk about da mix... as you would expect, there's tons of real-live-instruments® and musicianship on display, and - also par for the course - the arrangement plays around musically quite a bit. The 'Terra' theme is rather somber and dramatic, but these guys alternatively jazz and funk it up big time. Which (for those of you playing along at home) hasn't really been done on OCR with this particular material, so kudos there. The entire third minute here plays it loose... real loose... but then we get back to the material proper with lovely, lyrical, melodic violin, before segueing back into funks and going all ToeJam. If there's a weakness to the mix, it's that the minute of jamming feels a little bookended by straighter arrangement, rather than being spread out evenly, but that's nitpickin'... and this is fingerlickin'... good. Like the chicken. Honestly, 'Terra' needed this... it wouldn't have turned out half as nice, but when I thought of how I might arrange it myself, I always considered funk/jazz as a viable option, and The OneUps deliver a great realization. Pretty simple advice: check it out, and check their album out, for some great VGM arrangements played by some very talented musicians.

I agree with Tilly; this is a nice take on a popular theme. I like the chord choices. And that sax is dead on. Too bad it's not recorded as well. Also, great use of the source's B section. Pretty good.

I agree with Mustin: It's pretty alright. :]

A refreshing take on Terra.

There's just something about live arrangements that give the mix that personal touch.

The sax and violin here are indeed spectacular.

Not quite coffee house jazz but still great, mellow, and fun to listen to.

All in all, awesome mix.

Not to take any attention away from OCR, since I love it and all, but if you liked this one, you owe it to yourself to check out the rest of the OneUps Volume 2, hell of an album!

Seconded. This is the funkiest thing on the site hands down (sorry DJP lol). Shame on OCR for only 2 pages of comments...

As soon as I heard the opening bassline, I knew I was destined for a journey of smooth funk, and boy howdy that's what I got. Well done, gentlemen!

Yeah, I can't really enjoy (most of) this song simply because I'm so tired of the source tune. However, the original parts are quite awesome.

Digging the violin, and the sax is pure bliss.

Nice rhythmic ChangeUps, and good clean textures. This track is wholesome fun for the whole family!

It was good listening, but I wasn't SUPER impressed until the sax solo; great stuff there.

Gettin funky with the OneUps!

Using my six string Carlo Robelli, and then after "The Prelude," I switch to my four string Ibanez EDB 600.

Catchy! What kind of electric you using Mustin? Definately diggin the little bit of John Baker at the end there.

A nice fresh take on a theme that we hear all too often (maybe even way too often? nahhhh). Some slick stuff going on, and things flow together nicely. The breakup where the violin came in seemed a little out of place, maybe the transition's a bit sudden, but it doesn't bother me that much.

I'm not particularly crazy about it overall, but it's personal taste rather than anything that really brings the mix down. Nice work by the OneUps.

This arrangement also contains "Prelude," though it's not mentioned on songs contained box thing on the front page thing

Man, that Toejam riff at the end is such a tease.

Then my plan worked.

Man, that Toejam riff at the end is such a tease. 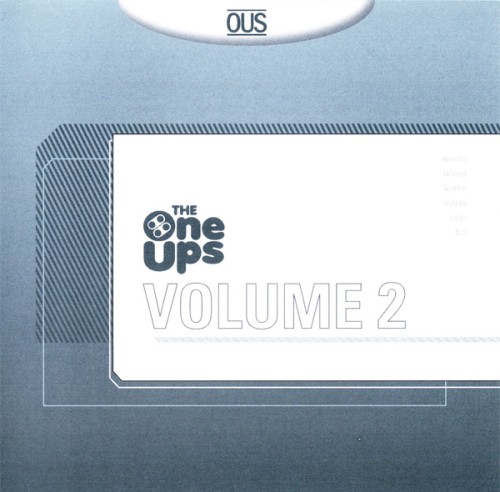