WE HAVE MET - AND EXCEEDED - OUR ANNUAL APRIL FUNDRAISER GOAL! The donation that actually tipped us over the mark came from judge/moderator/mixer and well-known anime/sentai/manga fan Darkesword himself, but it was one of many contributions that have illustrated rock-solid support from the community and will ensure the site's existence and expansion into 2010 and beyond. Cliched as it may sound, I am truly honored and humbled. When Jimmy announced his goal of almost doubling last year's fundraiser, I actually laughed. It seemed way too ambitious, but I figured it didn't hurt to aim high - that's what got this site to where it is now - and he ran with it. Then you ran with it: 195 donations total, from three dollars to five hundred. Additional donations are still appreciated and will go towards the same expense the others did: keeping the site alive.

You showed us that you value the site, the community, the artists, and their music. But beyond that, I think there's also an element of trust involved. Even though we've got an LLC, shirts, bumper stickers, and scored HD Remix, OCR isn't exactly a mega-huge super-organization with significant resources. In a very real way, it's still me running the site from my family room, relying on the kindness & free time of the judges and other site staff to get anything done. Your trust and faith that we will continue to not only maintain & operate, but also improve, www.ocremix.org, is extremely meaningful to me. We've been around for almost ten years now. As I like to say, in Internet years, that's like fifty... it's enough time to get worn out, it's enough time to sell out, and it's enough time to lose the motivation to improve and the flexibility to change. I don't believe we've done any of those things, and I don't believe we ever will.

Completely outside of the fundraiser, though encouraged by it, this has been one of the best months ever in the history of the site. Not only have we posted fourteen outstanding mixes, but I've made some improvements to the display of comments and other user interface elements AND we posted interviews with David Wise, Christopher Tin, and Steffan Andrews. We need more months like this. We need to post more music. We need to make more of the smaller, easier improvements to the site, even as we work on the bigger, long-term stuff. Even as I'm finally recovering from being sick for five days, I'm motivated. New mixes, new albums, new interviews, new site features... there's a LOT more in store for 2009, but we've gotten off to a rolling, roaring start.

Now, at long last, for the music. Joren debuted just this month with his Cave Story mix, and now he hits us up again with a piece that's bound to gain him some new fans, from the obscure 16-bit RPG "Chrono Trigger". Some of you may have heard of this game or even played it, at some point ;) Tweek, also with a previous appearance this month, collabed on some bits, but it's mostly Joren's mix. He writes:

"Well, this mix has come a long way, so to speak. It started out as a pretty blatant rip-off of Sixto's style, but because of my lack of confidence in my ability to carry an entire mix on just guitars I added a lot of instrumentation, mainly drawing influences from the Naruto soundtrack, the Symphony & Metallica album and all kinds of other rock/orchestral songs. A special shout-out goes to Tweek, who contacted me on IRC and besides being a really cool dude, he had great samples and sequencing skills, so he wrote a lot of the string parts, as well the majority of the intro.

The (obligatory) synth solo generated some controversy among listeners but because the "Wow this is awesome"-side far outweighed the "This is really off-key"-side I decided to keep it in. Just wanted to say that it was intentional.

Anyway, that's about all I have to say about this mix, enjoy. :)

I enjoyed. Quite a bit. I've been quoting Vinnie a lot lately, but I'm gonna have to do it again:

"This is almost bursting from the seams with ideas. Plucked strings, synth arpeggios, martial drumming, that smooth laidback guitar at 2:25, the unusually-moded synth solo - somehow you make it all work, and that makes this a lot more than your standard rock arrangement. I love the hell out of this. It gets pretty liberal at times, but it always returns to that Zeal base quickly... I thought you did a great job with the mixing and the drum sequencing, especially for a song so complex."

This theme has been mixed up one side, down the other, and then on the top and bottom as well, covering the complete surface area of the source tune with different takes from different artists. It's important to say something new without sounding like you're simply trying to avoid what someone else has done. To me, the ideas here seem genuine, plentiful, and range from traditional to unorthodox while remaining cohesive overall. Great arrangement, great production, and a great way to cap off a truly great month!

Want to post a picture but I can not, but he's right Mr. Black_Doom

^ this is the evidence url

Djp, this track is tagged incorrectly. Tweex is not listed as an artist. Fix this, please.

Great work. It's absolutely mind-blowing. Always full of energy, it's one of my favorite Corridor of Time mixes. It started with some dynamic string action, which later trnsformed into kick-ass guitar part. I especially like when at 1:36 strings and that thing blends with brutal guitar riffs. The drop at 2:03 was short, but sweet as hell. Kudos for making this.

Huh, thought I'd commented on this already...

This is seriously a great track, and I love it. One of my favorites. I almost didn't download it at first because I was all, "Corridor of Time? Not one of my favs.." but boredom came and I decided to listen to it and MINDBLOWN! This was when it first came out, mind you. An awesome take on an otherwise lackluster source (in my opinion) and it literally rocks more than Ayla's time period. (couldn't resist the awful reference) Great work!

When I first heard this song, I couldn't pick out the source tune, but it sounded so familiar. Then I decided to look on here (I had downloaded the torrent), and I could not believe it was Corridors of Time! Then when I listened again, strangly enough, it WAS Corridors of Time! To take such a mellow tune and make it hard, fast and just badass like you did takes some extreme talent. I probably have about 600 remixes, listened to hundreds more, and this by far is my favorite and probably always will be. Awesome work!

Been listening to this one again: Tensei really was channeling his inner Sixto on this one. I probably wouldn't be able to tell the difference if this were in a playlist of Juan's stuff.

Starts out great, but right around :47 where it gets to the meat of the song, it just seems to sorta ...lose some of the energy it was building up. It kicks right back up though, so it's forgivable. Very solid remix; love the orchestral touches! 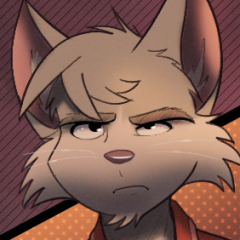 Tight, great performances!! This made me want to head bang at my chair, and then get on Guitar Hero. Overall, this mix is solid, although I wish it wasn't as "tinny" sounding. I'm wondering if guitars were recorded "Line In" on this. I'm betting with the right amps and mics, with the same performance, this could be a 10/10. The mix hurt this more than anything, but the arrangement and performance kicks ass. Bravo.

Damn. This just might be my favorite CoT on the site now! It never even crossed my mind to hear this in rock form. I was super impressed with the interpretation, and the execution is just madness. If there is one thing I love, it's genre-bending, and this mix delivers effortlessly in that department.

reMixes that hit me this hard don't come along often. Definitely in my top 20, sitewide. Maybe even top 10. Looks like I'll have to revisit my working list

The plucked instrument + strings coming in at 1:35 are awesome. Loving the breakdown at 2:03; drum roll is always awesome. Guitar solo starting at 2:58 is sick. Synth solo is totally ridiculous; I absolutely love it.

I've been listening to OC for like ten years and I'd NEVER heard a mix like that before. Good job, man.

Not meaning to downplay Tweek's role in this, but the synth is all me.

QFE!!!! Seriously guys, my role in this was tiny in comparison to Tensei. However, I echo my joy that everyone is enjoying it!

Chrono Trigger is one of those games I never played, in turn one of the soundtracks I never listened to. It's remixes like these which make me want to play the damn game! Makes me wonder if the original track is as cool as this remix.

Love the guitar work! Absolutely awesome playing, Tensei. Epic stuff when you go all mellow mid-track and that solo towards the end makes me want to air guitar the hell out of it. Love the orchestral overlay and synth work by Tweek, very Hitoshi Sakimoto-like at some parts (2:05 in particular). Especially love the synth section 1:35 and the solos accompanying the guitar at the end.

Well, the original has a completely different feel from this remix (though it's an awesome song nevertheless!), and yes, you should definitely play Chrono Trigger.

Not meaning to downplay Tweek's role in this, but the synth is all me.

Thanks for the comments, guys, I appreciate every single one of them!

Chrono Trigger is one of those games I never played, in turn one of the soundtracks I never listened to. It's remixes like these which make me want to play the damn game! Makes me wonder if the original track is as cool as this remix.

Love the guitar work! Absolutely awesome playing, Tensei. Epic stuff when you go all mellow mid-track and that solo towards the end makes me want to air guitar the hell out of it. Love the orchestral overlay and synth work by Tweek, very Hitoshi Sakimoto-like at some parts (2:05 in particular). Especially love the synth section 1:35 and the solos accompanying the guitar at the end.