Right, then: we've been quiet for a while since coordinating the updated torrent involved some logistics. It's ready now, though, so please help seed ReMix OCR01001 to OCR01900! A short summary of recent events: PAX rocked, Christopher Tin is giving OCR-goers $1 off on presales of his new album Calling All Dawns, and be sure to check out Andy & Jill's official demo song for the recently-released FruityLoops Studio 9. Amazing what can happen in just a few days, eh? But seriously, we've been keeping a more aggressive schedule with the posting of mixes, and we need to get back on track. Nutritious has had this mix sitting on the ready-to-be-posted queue for a loooong time, as it ceded its place to other mixes he'd done, but it's finally time... Justin writes:

"This song was originally created for the Final Fantasy VII Crisis Core arrangement competition at Squaresound.com (it placed 6th, which seems to be the only place I'm allowed to attain for their competitions :) ). This is somewhat of a sister mix to my previous submission, Full of Courage, for the FFIV project since it utilizes the same source tunes. Anyway, I'll go ahead and paste my sub letter to them below:

I haven't heard any of the Crisis Core soundtrack, so I decided to stay in familiar territory and remix a piece from FF7. Anxious Heart was an easy choice for me because of its moving chord progression. I decided to go for a much more mysterious and hopeful feel in my take of the original. You'll probably notice that it eventually leads into the FF4 Main Theme briefly as things crescendo. This was actually somewhat of an accident on my part as I was intending for the piece to lead into the FF7 Main Theme. When I was writing it out, I inadvertently began writing the FF4 Main Theme instead. I later realized what I did and changed it to FF7, however, it didn't fit the mood or style nearly as well as FF4. So, I ended up keeping the FF4 theme in the final version."

Really interesting integration of synth leads and orchestral, here; usually hybrid orchestral ends up incorporating beats, multiple dominant synth elements, tradeoffs between electronica/classical passages, etc., but this is really more of a cinematic, orchestral track that just happens to include synthesizers; you can almost picture a couple dudes with Moogs sitting back with the percussion guys, doing their thing. There's a general tone of wonder and revelation, with key use of repeating, interlocking, evolving patterns to set the scene. Vinnie's started helping Larry with inbox/queue management, gaining an appreciation for all that's involved with the crucial first step in submission evaluation. He writes:

"You're starting to make this stuff sound effortless, Justin. This is one of those pieces you can just sink into. The lush atmosphere, the string triplets, and the seamless blending of two themes reminded me a lot of Nick Singer's Forerunner Mixes, but this certainly had your stamp on it too, with the way the strings handled the main melody. The retro synth gave this an unusual character - surprising addition but a creative one."

Agreed... I know with Voices and Echoes people may be a bit saturated on the FF7/FF4 material, but these soundtracks keep inspiring artists to come up with new, imaginative arrangements, and since his debut last year Justin's been proving that he always has something to say, and it's definitely worth listening to.

I wish I had the skills of an animator. I'd make a short film reimagining the ending of FFVII and use this song. I get teary eyed every time I hear this track because, especially in that context, is such a vivid and emotive piece. I can see it clearly:

All of the people, all over the world opening their doors and windows, stepping out into the night. All staring in awe at the sky.

Bugenhagen looking out from his observatory. Seto, forever frozen howling at the strange dark.

The excavation crew in Bone Village dropping their pick axes, taking off their helmets watching the bleeding new moon.

Dio, in his palace of fools gold, looks up too.

The people of Gongaga look away from all their loss, look skyward. Fort Condor. Icicle. Mideel. Wutai. Rocket Town.

The people of Corel come out from their tents, from their structures of scrap and they forget the heat of the flames, the sound of gunfire.

The men at the bar in Costa del Sol drop their drinks. Mukki pushes his toothpick umbrella to the side and sips his. Johnny hugs his girlfriend, glad for the first time, she is not Tifa.

Priscilla sits on her knees at the water’s edge below Junon, meteor reflecting on the surface, a fiery wound.

The ShinRa Mansion is a silent sentinel, tired from all of the secrets.

The girls at Honeybee pour outside, linked arm in arm, gawking skyward through the damaged plate. The woman in sector five nudges the person next to her as if to say /I told you to keep looking up./

All the people of Midgar. Below the intact parts of the plate, they cannot see. But they feel.

Reno, Rude and Elena look up from their game of cards, cigarette butts smoldering in the ashtray, the table lined with bottles. They toast to Tseng.

And Marlene opens the window of the house in Kalm, looks down to all of the people gathered in the town square below. All staring open mouthed. All silent.

Twisting, spirals of aquamarine light. All of the souls of everything that ever was or ever would be. Creeping from the earth, grasping upward.

Yuffie thinks of her ancestors as the stone faces of Da-chao watch on.

Vincent thinks of Jenova in her unending sleep, alone and hidden and still. He smiles.

They will all die.

They are not afraid. Everyone is at peace.

The threat must be removed.

Holy works. Everyone’s eyes squint as Gaia is consumed in a flash of light, as the threat to the planet is washed away.

Aeris’ prayer echoes. They are gone.

The world is clean. All mistakes are erased. Everything is zero. And it is beautiful.

I thought I had slowly filtered through all of the mixes on the site over the summer. I somehow totally overlooked this one.

I was reading the description of this track. I was a little curious as to what a cinematic synthesizer-orchestra fusion ReMix sounded like, so I had a listen. "Apparently it sounds like 'Batman Begins' or 'The Dark Knight'" was my first reaction. Then the track progressed, and the fullness of the track came out. I could say a lot of things about this mix, but I think its title pretty much sums it up.

This is one of Nut's better arrangements, I think. The synths are incredibly subtle, I don't even notice them unless I'm paying close attention. The intro is my favorite part, I love the strings you've got playing throughout most of it that section.

Also, after hearing "Full of Courage" on the FFIV album, it was really cool hearing that theme make a cameo in here! Nice work, I like this one a lot!

This is a very interesting take, not so much on the themes, but on the combo of themes used. It really does just kind of flow together, and it has a very lightweight feel to it. It's got a touch of that FF7 "lifestream music" mixed with that epic feel of FF4's main theme, and it just... flows.

Combining themes can be a risky proposition, but not this time, probably helps that they're both popular FF themes, but who knew they could integrate with each other so well.

I love the synths, too. As much as the ending felt rushed, I think it's still pretty awesome, since it gives the synth some time to shine on their own. I just love their sound; kinda 70s prog-rock-ish, especially the last 10 seconds.

Good stuff as always, dude. It feels like forever since this was first subbed. :3

I love the synths, and the triplet string textures in the moving lines,and think that you could have done even more with them, there was some nice texture, but i think a section with them taking the forefront would have been sweet.

Ending was a little rushed, but you know better now.

I can definitely tell that this was a transition piece for you; you've gotten way better since.

Source = ftw. I love FF music. I love how you blended the 2 sources together. 3 3 3 The synths too...omg... I love me synths... and of course, you could've made this a tad longer, but I'm still satisfied.

Nutritious and his skillz = amazing.

I don't often feel compelled to comment on submissions, but this one got me. Excellent piece - it indeed feels like a cinematic with synth. This is music you can float to. Great job!

The ending does end a little too quickly for me, but the rest of the song was really fantastic. I love orchestral arrangements, and the synth throughout was a nice touch!

I had a hard time initially recognizing the themes as well, but eventually I saw the take on it. It's interesting but...just like LuIzA, I felt like it ended too soon. It builds up quickly and then just fades away just as quickly, leaving a little more to be desired 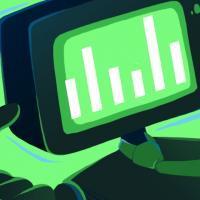 I guess I thought the ending was kinda meh, but the rest is awesome!

Epic stuff. love the synth near the end!

gotta be honest though, it sounds unfinished and I barely recognized the themes. Still, as a song by itself, it's awesome. love the energy near the end.

I love the more energetic section near the end. I have to say that easily became my favorite moment of the piece.

Great combination of synthwork and orchestral, as Nutritious is so awesome at doing. The combo felt effortless here, which really stands out.

This is an amazing piece. An excellent job.