In 2006, we became self-hosting, moving to our own dedicated web server at LiquidWeb. We also had our first official convention appearance at Otakon, and released Chrono Symphonic, Blood on the Asphalt, and Project Chaos...

... but, slackers that we are, we posted a record-low 98 ReMixes. Those of you intimately familiar with the site's origins know that it essentially came indirectly out of my involvement in the emulation scene, and for the first six years, the site was hosted pro-bono with ZTNet. We really couldn't have grown like we did without their help, and while the decision to go off and do our own thing was definitely the right one, the site exists largely because of their initial assistance. All three album projects released in 2006 were fantastic, but Blood on the Asphalt deserves a special mention, as it later facilitated our involvement with SSF2THDR. ...Man that's a long acronym... Lastly, we decided to do a panel at Otakon as sort of an experiment... no one really knew how it would work, whether folks would show up, etc. Quite simply, it rocked, and it's been rocking ever since, and we've also had a blast at the other events we've had the privilege to attend. Thanks to everyone who's showed up; we love ya!

Next up we've got some ilp0. I've literally loved everything Ilari's done to date, because he changes things up, takes risks, and really has his own sound. I've compared a couple of his pieces to Steely Dan, which I for one consider a huge compliment, but he's also done stuff that's completely different. No one sounds quite like he does, and he sounds great, and that's a good combination of traits. The artist writes:

"This is a track (3/10) from my Mega Man remix album. This version is slightly shorter than the album version as the passages between this and the surrounding tracks 2 and 4 are edited out."

I think, prior to Sonata of the Damned, folks assumed solo albums wouldn't be viable as OC ReMix albums; otherwise, it probably would have been cool to release ilp0's album, which definitely deserves your attention. Very mellow, very chill, sporting a vague hint of the spaghetti Western flavor ilp0 infused into his Gun.Smoke ReMix, this track takes Cutman and turns it into a slow jam, almost sounding like something out of Kill Bill (the non pan flute parts of "The Lonely Shepherd"), quite effectively. Excellent, imaginative stuff - check it out, then check out the rest of the album!

In addition to what was said above, which I entirely agree with, this also reminds me of The Eternal Doctrine remix of the Kohr-Ah theme from Star Control 2 (not an OC remix).

I just can't see using this as a lullaby.

Very sad sounding, almost like a forlorn tribute more than a lullaby. I barely caught the western sound of some of it, but I hear it. Some of the production seems just a little bit sharp, but that's doesn't really bug me. And other than that, this is a great ReMix. Nice harmony with the harmonica.

Probably the most sad-sounding song on OCR, so good job on achieving that depressing mood.

Seems I'm the only one who doesn't get the spaghetti-western vibe from it; the song certainly reminds me of old western movies, but not really the Italian stuff.

This is a pretty nice and trippy mix. I get the vibes of a solemn western from this song, not something I get to hear every day.

I love everything about this!

Not the style I'm used to ilp0 going for, but I guess I can dig it nonetheless

The subtler uses of the harmonica and marimba provide some pretty nice touches along with the more straightforward lead instruments.

Overall the arrangement/sound doesn't seem as sophisticated or expansive as I've grown accustomed to, but it feels like an appropriate, restrained take on the Cutman theme.

I listened to the remix and loved it. It was very western and melodic. Hope they will comeout with more remix like this

The mix of spaghetti western (I never quite got that term, strangely) mixed with the hip-hop beats really makes this mix shine out.

"I wasn't always just Cut-man you know! I used to tend the gardens at the hospital, and grew beautiful flowers to inspire patients back to health.

They used to come back after they got better to say thanks, and I'd get free oil. The people loved me, and I loved them. But then Dr Wily forced me to do bad, otherwise....*sniff*...otherwise he said he'd kill all my patients.

Good remix. It made think the above.

Great work with the mix. Everything is perfect.

Having been listening to the Gun.Smoke remix lately, I can immediately hear the spaghetti western feel in this, and it works really well. I like how this has been slowed down to a sort of somber remembrance track. I think the guitars are especially nice.

I'm not entirely digging the harmonica sound used for the lead, but it's not so bad that I can't enjoy the track. Great work.

Too new for me to have digested it yet, but I'm feeling the old west vibe. This brings up a lot of weird images of my least favorite parts of movies, the sad parts where the girl has gone off with another guy, or you just lost your job, your home, and your dog; or when you return home to find the house empty and nobody there; or when you're hitchhiking in the rain in the middle of nowhere and nobody stops... or even comes by. Well done capturing an emotion I try to avoid. I am so not listening to this ever again.

I'm more of an electronica producer but here's my 2 cents nonetheless:

Not bad. I like the lone ranger, dustball in the wind vibe here. That said, I just feel like it could have been taken up a notch tempo-wise and perhaps gone a bit more country western; like John Wayne era. (not country music, I mean like the music in classic western films)

But, you did think to take it this direction. SO cowboy hats off for that.

Great stuff, love the album as well. Great renditions of one of my favorite sound tracks out there.

This is very creative. The western vibe i think is great and the pace i think is perfect. Love it:razz: 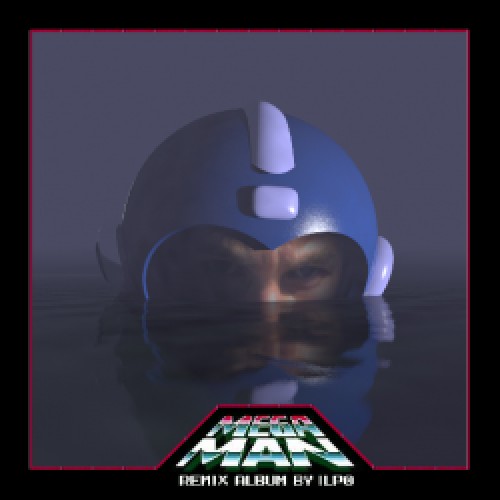