HomeReMixesThe Legend of Zelda: Oracle of Ages "Past, Present, and Future Perfect"
|

ReMix:The Legend of Zelda: Oracle of Ages "Past, Present, and Future Perfect" 2:34

"So, this is a long shot I guess. Chiptunes aren’t exactly within the submission guidelines, but here’s hoping that this isn’t so chippy that it gets rejected... I thought, “oh screw it, I’ll submit it. After all that halc/cthonic chippy number got passed recently.” And so here we are.

It’s a pretty straightforward mix. Imagine Oracle of Ages duelling Megaman in a battlefield of 8-bit percussion and Zelda SFX, whilst a piano, a couple of pads and various drum kits try to form some kind of support to aid the bloodshed of the two great soundtracks colliding- that is what this song is. There’s all kinds of instruments in it actually- there’s an organ from Chrono Trigger, the MMX drum kit, a choir from some SNES game and the different leads span from NES, SNES and GB along with the percussion. Not to mention the analogue stuff, modern synths and drum kits. I’m really trying hard to justify why this isn’t straight forward chiptune- is it working? ^o^"

Great, now I'm having traumatizing flashbacks to extended conversations w/ Brendan (aka Mr. MAGFest) regarding our chiptune policy... or lack thereof. We don't really have a "no chiptune policy," and we never did. We spent a LOT of time working on the revised submission standards - with the help & feedback of the community - and what they say is this:

We chose our words very carefully, and you kinda have to, for something like this. We're not saying "no chiptunes" per se, but if you're gonna use them heavily, we want to ensure there is a certain level of sophistication to how they are employed. What we specifically did not want is people ignoring tried-and-true audio production concepts like attention to panning (i.e. stereo), reverb, delay, EQ, dynamics, and a whole bunch of other good stuff by simply using "oh, it's chiptunes!" as an excuse to hide behind. Yeah, we're bastards like that, but there it is. Just as we don't want artists recording the vanilla General MIDI defaults from an arrangement they sequenced - in which case the MP3 file might as well have been a MIDI file - we don't want submissions that use nothing but unprocessed sine waves. Production is half of our evaluation criteria, and part of production is a certain level of complexity and nuance, and that CAN be harder to achieve when heavily employing chiptunes or simpler synthesized textures in general. That's a CAN, not a must, however, and ultimately each mix is evaluated on a case-by-case basis.

That's me speaking for OCR. Speaking only for myself, I'll just say that I'd warn all artists against boxing themselves in to a certain sound or set of expectations. People get caught up in purity, how something that incorporates even ONE non-authentic element isn't a "TRUE" chiptune, for instance, and is thus inferior in some way. For my own two cents, when it comes to music, I don't like zealotry, and I don't like purism, and I think composers & arrangers should always do what's right for each song, keeping all of their options open, at all times. I'll get down off my soapbox, but hopefully this reiteration of the standards - as they are written - and insight into the thought process behind them has been beneficial on some level.

"Not a straightforward call, but I'm typically in favor of expanding the scope of what we take when it doesn't scream out "reject me!" This doesn't scream out to me. It's chippy but the piano and drums give it a distinctive, updated sound. Pitch bends help too. I would have preferred to have more non-chip elements in the first half, but wasn't a dealbreaker. There's so much pep and detail packed into this little nugget, as if you're pushing the limit of the old classic soundcards. One could call it a true overclocked remix."

"Like Palpable said, I would've LIKED to hear some other non-chiptune stuff thrown in for good measure. There's not a doubt in my mind it would widen the scope of the ReMix a bit and that you could pull it off. As it stands though, this is a terrific arrangement and the chiptunage is mixed with other stuff. Enough other stuff? After taking the arrangement into consideration I must say, yes, enough other stuff."

Well said, judges. A jumping, elaborate mix from ProtoDome - check out Essence of Lime for more!

I really like this, and I'll tell you why: unlike some of the chiptunes I've heard on this and other sites, this one seems to melt together better for some reason. Maybe it's the source or the way it's arranged, I don't know, but this is my favorite chiptune track so far. The piano and drums were a nice touch that gives this ReMix that little something extra. A bit short, but that just means more replays. Love it.

Also, does it have the Windows BOOP noise when you click on something you can't click on? I swear i hear it in the right channel a few times throughout.

Being a regular visitor for over 5 years now, I finally made the step to register, just because I had to say that this chip is just pure awesomeness!

I've been checking in regularly for 6 or so years and I had to sign up just to quote this person cuz I had to post that this remix was AMAZING too xD I giggled like a little girl at 1:41 even if I'm a big girl now just because I felt so nostalgic of that stupid game I played over and over as a kid. Definitely won't stop listening to this for a while; kudos and thank you for making this.

Nice arrangement, good choice of sounds, loads of variety. Personally, I'm absolutely fine with how "chiptune-heavy" the remix in hand is. Furthermore, the piano-breakdown towards the end is really nice.

Man, I love the tweaks to the original theme. I've had this on repeat for hours now. Awesome!

Jesus H. Tap-Dancin' Christ on a pogo stick. It's like-- like compressed awesome. Awesome in a can. *melt*

Very inspirational! This ReMix makes for a good morning listening and helps wake me up when caffeine doesn't do the job. Keep up the good work, I hope to see more of you on OCR in the future.

Being a regular visitor for over 5 years now, I finally made the step to register, just because I had to say that this chip is just pure awesomeness!

Thanks guys, love hearing your comments, very glad you like it.3

It should probably be noted that the source is actually originally from Link's Awakening. That said, an excellent arrangement, though it leaves one wishing for more. Great work, ProtoDome, always good to see you on the front page!

We need moar stuff from this Protodome NOW.

Kudos to you dude, this is simply perfect.

About time this beast was posted.

Protodome, you are just nuts.

This theme can't get any better than this.

Also, this is probably the "purist" chiptune mix i've heard on this site.

When I say that I mean lack of effects and what not... nice work there ^-^

Niiice! Strong chippin' style there. Never realized how much this rendition of the song reminds me of Tal Tal Mountains from Link's Awakening in the way it bends the original theme. Glad to see more chippers making it in!

I am not worthy 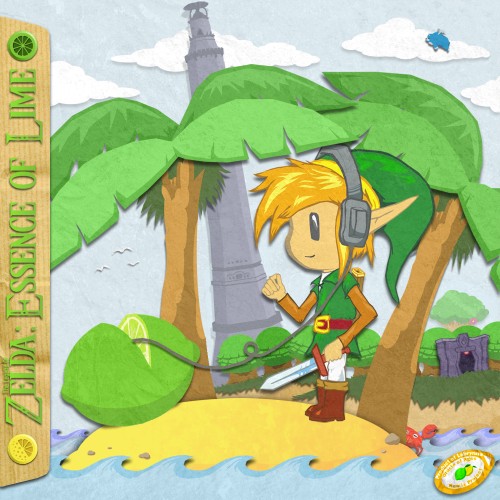