Our first Armored Core ReMix! Giant robots! AnSo! I remember playing the first AC on PS1 way back when, and really dug the style & presentation. I still can't figure out why Bandai could never make a truly great Gundam game, but thankfully AC stepped in and sorta owned the genre. I remember visiting the Battletech Center in Chicago even before that, wondering when something similar would be released for home systems. I think the AC series has done a pretty solid job of making that dream come true, and composer Kota Hoshino has been instrumental (pun intended) in providing the appropriate mood music to get your mecha on. Matthias is a huge fan, and this mix is actually from the Armored Core preview album (s'free, yo) he recently released, titled 'The Answer' - the talented, mac-evangelizing Swede writes:

"As some of you might know, I've been working on my first solo arrange album. Well, almost solo anyway. Being a HUGE fan of Armored Core (games and music), I thought it was about time the series got it's first arrange album. The music of Armored Core, especially that of lead composer Kota Hoshino, always struck me as some of the most unique music I've heard. Not only that, but it works perfectly within the game. From the synthesizer-heavy early soundtracks to the dark mechanical rock rumblings of the latest, Armored Core music deserves some time in the spotlight.

Part of what makes many of Hoshino's tracks unique are the vocals. He pretty much always records himself and, with the help of processing and lovely pseudo-Engrish lyrics, they form the hook of the track. "Thinker" is one of these tracks. Instead of just covering it though, I wanted to take it in another direction so I fused it with the more electronic "Morning, Lemontea" from AC: Silent Line. Together, these created an upbeat track, but left me room to even show I can ram a little plastic thing against strings. And the vocals, oh dear, the vocals. Since I can't sing at all, the lovely DragonAvenger recorded the wonderful lyrics and left me to obliterate them with various effects and Propellerhead Record's new Neptune device. And I must say, the result makes me smile pretty much every time.

I hope you enjoy this as much as I did making it. Be sure to check out the preview album AND look forward to the final album when it hits in December. While the main release will be at Comiket 79, chances are you'll see it somewhere closer than you think... :)"

In speaking with AnSo, it is very clear that he is quite proud of the Japan Points™ he earned by having something released at Comiket, but it *is* actually pretty cool... What's more important is that Armored Core has had some great music, and he's done great things with it. His love of the material shines through in his words above, but all the moreso in his arrangement, which features the vocal stylings of fellow judge Deia. I'm glad AnSo played it legit and had DA rock some vocals for this track, as it really does make for a unique, memorable experience. The authentically awkward English lyrics, the fantastic blend of rock and electronica, the pulsating energy & sheer verve of this mix pushes it forward with singular momentum; even for AnSo, this is over-the-top, and I'm loving every second of it. Deia "Drastic Baby" Vengen writes:

"I am still amazed that Mattias was able to so much with me recording the singing line practically one time. It was fun recreating the Japanese-English lyrics, and took me no more than 20 minutes total on my end. I love what he did with the overall song, which is really catchy to listen to. Everyone I have had listen to the song loves it!"

I think some folks might not warm to the specific vocal style, for whatever reason, but I think it totally works, and wouldn't have it any other way. This is fresh, totally distinct, and exciting stuff, showing AnSo's versatility & creativity while also paying tribute to a great series it's wonderful to finally have represented on OC ReMix. Check out the free 5-track preview album for more great stuff, and keep your eyes & ears out for the full album - I'm definitely psyched!

Damn, I wasn't prepared for this one. I didn't expect to hear rock stuff from AnSo. Kudos for such an awesome catchy piece. The energetic flow is just very strong. And of course, I should mention lyrics. Cheesy lyrics like here always stuck in your head, so I'm a thinker, I coud break break it down... Lol. Sweet tune.

Nice to hear a little bit of rock and some guitars and such in the type of dance/electronica music I love so much. The robo-vocals were amazing and DA completely nailed this part down. It was almost like a robot trying to solo a rock song, and it's oddly amusing in a great way. So much energy, it's really hard to hate this and not want to move around. The ending was a little abrupt to me, but I can easily forgive that considering what was being done here.

I've only played the demo of AC 4 so i'm unfamiliar with the source, but the beat is just so fun... though its techno/rock, i won't listen to this all the time but its definitely one i will keep and play time and again!

This is nowhere near what I normally listen to, but it's just too catchy to not love. I love the robotic vocals and uptempo dance/rock combo, and I think this mix is great at balancing repetition and changing things up enough. All around, very professional sounding stuff. Thanks!

I've been meaning to review this ever since it came out, and now that it's Reviews Month, I guess it's time to stop procrastinating!!

What a creative and unique arrangement. The blend of electro + rock reminds me of BT. I love the vocals, too. Not just the effects/processing, which of course is awesome and one of the standout features of the track, but also the delivery. DA, you make a convincing Thinker ,)

Overall a very fun listen. Great job to the both of you!

After listening to the sources, I can see why Anso fell in love with the music. Wow, they're amazing, and what Anso and DA did with them... DANG. It's just mind blowing.

It took me a while to catch on to this mix, but when I did, it was like the clouds had parted.

I adore how the strings are handled; if I were data being sent along the internet, that's how I imagine it would sound speeding through the internet. I also just love DA's vocals here, not just the effects Anso applied to them, but like the inflection in her voice when she gets to "baby". It's just really cool. There's just so many things done amazing with this mix.

This is singlehandedly my favorite mix from Anso and DA. If you haven't listened to it now, go do it now.

This is the weirdest thing I've heard from AnSo and DEFINITELY the stranges from DA. AWESOME!

This is totally unexpected in every sense of the word. The sounds used, the choice to include vocals and then to process them so heavily. The lyrics being catchy and cute all at once.

This kind of reminds me of some of the cooler stuff that comes out of Japan, with processed vocals and catchy, high tempo beats. Of course, I can't think of any particular examples, but then again this is just a reminder for me.

I love it though, and as someone who is an Armoured Core fan, I can't help but glee a bit at the OST being covered by AnSo! With special guests!

Also, I just want to aside for one second. DA - does every mix you collab on just magically turn to Gold? I haven't heard one I haven't liked. I mean, I've had some issues with a couple but damnit, there's nothing you've helped out on that hasn't been enjoyable! Mix that with the musical genius of Sweden and this is like... oooh... platinum.

Anso has been moving towards weirder and weirder instrument combinations, and those sound choices can get a bit detracting imo. This track seems like a random sound experiment until the break around 1:10 where it kicks into a more focused gear. Vocals are expressive and processed in a really cool way, impressive work guys. I oughta steal some ideas from this track. This is a lot better than what I expected from just reading the lyrics tab.

Wow. Cool! I was thinking about what this reminded me of and then I saw Imogen Heap mentioned, and I agree. The structure of the song is very simple but it's oozing with style...love it!

Insanely catchy and varied remix. Guitar at 1:22 is sexy, piano at 1:33 is absolutely lovely, 1:57 onwards picks up some speed'n'power and is just plain awesome. And, last but not least, the vocals, which make this thing so damn catchy.

Great work, Another Soundscape and DragonAvenger.

I absolutely love this. I'm not a fan of vocal mixes normally, but this song is like, finding something you never knew you were looking for.

I thought it was slower from the intro, but I was wrong as it picked up. It'll probably be a favorite to me for a long time.

Well this is an interesting mix.

I gotta say at first, I wasn't sure. The first minute or so bothered me a little for three reasons: I didn't think the drums fitted well with the rest of the instruments, i'd have put the strings lower in the background than they were, and it didn't quite expand enough to keep my interest. However, after the 1st minute, things got really interesting with the sudden change of pace to hard rock, which seems a little too processed for my liking, but still pretty cool

There are some really cool moments tho. The vocals are great (altho the distortion seems to be causing some sort of distorted pops or something... seems intentional but i'd have prefered a cleaner distortion on those vocals). Neptune right? I haven't got reason 5/record yet. The synths are pretty cool as well, have a chiptunish feel to them.

So there are some small problems I do have with this mix but overall, this is a cool mix and very much recommended if you like electronic or rock music... which should be everyone right?

somewhat random piano makes me smile, this is great

It's like if she was combined with some amazing guitarist. I love it, and I've never even heard of this game. Great job guys!

awesome. the album is gonna be so good. anosou with a guitar is sexy 33

[Chorus x5]
I'm a thinker.
I could break it down.
I’m a shooter.
A drastic baby. 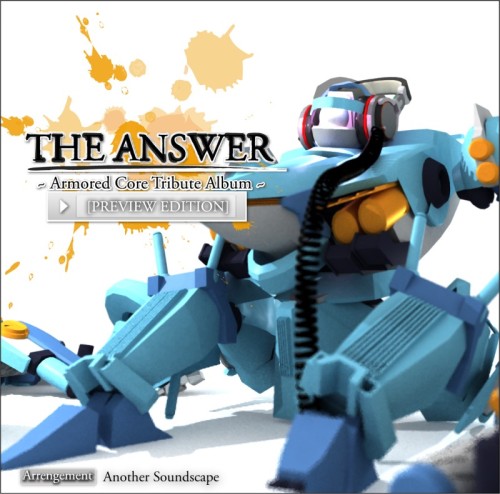