"Same story as "Sparkle" with this one. I hit pause and let the music play. This arrangement was pretty difficult to get going as the source was already complex and, at the time, didn't lend itself well to re-arranging. However, I bucked up and put my spin on it and am happy with the final result--I just hope you are, too!"

Happy in a dark, hazy, Castlevanian sort of way... but happy nonetheless. Since Sonata of the Damned was relatively short, Morse edges ever closer to having every track off of it posted individually as an OC ReMix. Castlevania funk/jazz is a proposal that sounds iffy on paper, but when you write "jm" next to it, makes complete sense... This is certainly a source that I can see would have presented a formidable challenge; it's intricate, multi-faceted, and a bit of a stretch for conversion into any sort of conventional "jam". Of all the tracks on the album, it's the one where I sorta shake my head and wonder what dat crazy mofo was thinking, but given the circumstances, he does a fantastic job. A large part of his success is due to some more eccentric, non-sequitir arranging that's a bit more playful than other Sonata tracks; check the segue at 2'03" for some vintage Morse style, the greasy synth brass solo at 2'28", and the way minor-key, dark, cinematic melodies are juxtaposed against a flamboyant funk foundation - it's actually kinda weird, and probably more Frankenstein than Dracula. In some ways it doesn't work as well as the other tracks on the album, but in some ways it works better - it's not as straightforward or accessible, but the musical backflips necessary to begin at point A and end up at point B with this mix make it a rather gymnastic display of arranging prowess, coupled with signature stylistic sizzle. I think that results in a less predictable ride, and one that warrants repeated listening to see what Morse did, how he did it, and enjoy the very unique progeny of his mad scientist funk experiment.

The effects were what really caught my interest in this song. It's odd, but not distracting from the more frantically smooth arrangement you've got going on here. Certainly one of my favorites of the album. I know it's "fear of haze", but the overall sound makes me think of an environment filled with a haze of fear. Not crazy about the ending, but all in all, it was an awesome ReMix.

I'm the opposite of Deia on this one, I really feel like this was the most memorable song on Sonata, for the same reason as she said - it really does have a lot to do with the source, it just... funks it up a lot

Brings back a lot of good memories to Portrait of Ruin, one of the Castlevania games that stole the most time from me overall while I tried to complete it 100%.

Regrettably, I haven't given much time to listen to Sonata of the Damned since its release. These mixes are all great. I know very little of the source music for the Castlevania games, but I really want to listen to it now.

This one caught me from the top. From the opening I knew I was going to like it, and I wasn't disappointed. It has been so long since I listened to it, it feels like listening for the first time. It's really funky and cool, just listening to what's going on. It's dark and crazy-sounding. I can't really think of what to say in detail, just that it's something really cool to just sit back and listen to.

Overall, not feeling this song as much as the others on the album, but I think that is more based on the source itself than Morse's take on it. I do like that he took a challenge and went with it, and came out with a successful mix none-the-less. Overall it's a bit hectic, which works in it's own way, and is pretty cool. Not my favorite, but still an enjoyable listen.

It's just as cauldron-y as the first time I heard it. Seriously, the many gloopy, bubbly sounds are so up-front that I almost can't think of anything BUT a witch's cauldron boasting a simmering green liquid of dubious substances. Not that it makes listening to the mix uncomfortable; on the contrary, it's that eternal texture that I love about this. It just kinda drowns out (ha ha, see what I did there) the other ingredients.

Aside from that, intense mix is intense.

I honestly love this track most of all in PoR.

It must have been tough to retrack the entire song.

*Fear of Haze is literally 3 songs in one - minus the boss increment??

This is a great cover!

I love how active and full of energy this one is while still feeling kinda...calm. Can't wait to hear more of his stuff. It's unique but easy to get into.

another cool castlevania remix by Joshua.

Dude, your productions just get slicker and slicker by the minute.

I love the harmonization at 2:30~ ish

Some of the string attacks seem a little slow, but it fits the overall Castlevania feel I've come to expect, and I love the panning and effects. Good solos round it out, and some nice beats as well. Good stuff, and pretty dramatic work for JM. Check it out!

this is probably my "less wanted" remix of sonata, but that doesnt mean it´s bad of course! Great job Josh!

btw, anyone knows where to find JM's Symphony of the night remix album?

Some of the best beats on the site man!

Awesome work, Josh! I can see how difficult the original was to arrange, but--as always--that JM class shines through.

Synth solo was probably my favorite part--either that or the buildup to the end.

As with the album, this track is good stuff - love the dramatic funkiness that this track has. 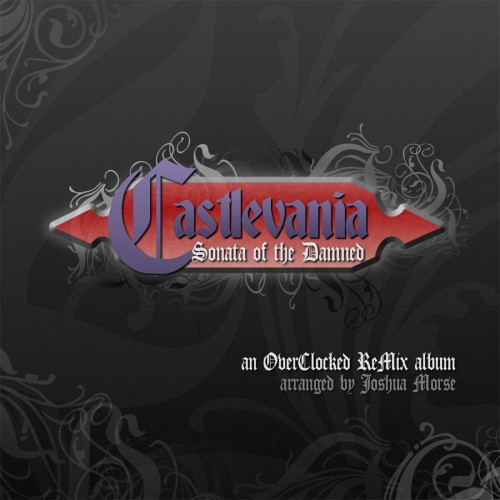