Arranging the music of 9 songs...

"I don't remember exactly when I first had the idea for this album, but I need to thank DarkeSword who kept insisting I direct it (which was probably just a ploy for him to get some Mega Man Soccer remixes, oh, sneaky you). As a big fan of football/soccer/fussball/futebol/nogomet/whatever-you-call-it, I thought it would be nice to pay a musical tribute to the 2014 World Cup in Brazil. Football/soccer games are a bit underrepresented as far as remixing is concerned, even though they have lots of really good soundtracks, and I hope this album will help remedy that a bit.

This album features seven tracks and seven artists, maybe not enough to fit a football team of eleven players, but enough to rock. I'll also add that I had no idea that the titles of the songs would make it so easy for me to put them in an order which describes a road to the top of the world: from playing around in the park to achieving a legendary status. I hope you enjoy it!"

It's very cool to be posting an EP so opportunely timed, celebrating the music of footbal game OSTs & simultaneously reveling in the excitement of the World Cup, with the US of A still in it, competing against Belgium TOMORROW. It's ALSO cool to be posting our first album dedicated to a general sports theme - while Around the World was an awesome tribute specifically to Super Dodge Ball, Futebol Arte widens the scope to the sport at large. Last but not least, it's cool to be posting our SECOND release in the OCRI- catalog line of independent albums & EPs that we proudly stand behind and promote - Futebol Arte is a fantastic follow-up to our first such release from earlier this year, Audio Engineering: A Tribute to Cid!!

We've got a couple mixes from Futebol Arte for you to enjoy today, starting with this massive, 8'30" long medley of well-integrated tunes from Mega Man Soccer, from jnWake & Hak himself. Not only is this our first mix from the game, it almost covers the entire OST, and somehow manages to avoid medleyitis, offering a seamless & energetic long-form rock arrangement; Ivan writes:

"jnWake keeps blowing my mind with his arrangements. Even though this song uses almost every original tune in the Mega Man Soccer game, it feels like a cohesive song. I'm glad that I was able to contribute some guitars to the song. More than 8 minutes of awesome rock goodness makes for a great tribute to a lesser remixed game from the Mega Man series!"

This is jnWake's OCR debut, though he's been killing it with tons of stuff and you should definitely expect to see & hear more of him in the future:

"When Hakstock mentioned the idea of doing an EP for the FIFA World Cup, I quickly thought of the idea of remixing Mega Man Soccer, since I played quite a bit of that game when I was a kid. However, to be honest, I didn't remember a single song from the OST! Anyway, I searched for the OST online and noticed that a lot of the tracks were pretty good, so I decided to make a remix that used a lot of them! I know OCR isn't fond of medleys, so I tried my best to make a cohesive arrangement using all the different melodies and chord progressions I could extract from the sources!

For the style, since it's Mega Man and Football (sorry, USA), I definitely had to go for something rock-oriented. Most of the sources were also energetic, so I mostly went for a quick rock-ish style, but I added a few prog-ish transitions here and there and some heavy sections in the middle of the song! Also, Mr. Hakstock played guitars for this song, but you may notice some parts are sampled, since I used a mix of real and fake guitars. I hope you enjoy the arrangement!"

Truly epic debut - this is a mega-meaty arrangement that covers a LOT of territory without any signs of fatigue or meandering. That synth solo at 2'32" is velvety-smooth goodness that just slips & slides over its rock accompaniment like butter. Not that "I Can't Believe It's Not" butter, either - the real deal. All the synth bits and segues made this feel proggier than jnWake let on with his comments above, but I certainly ain't complaining. You can kinda view this arrangement as something of a football match in and of itself, with the ball changing possession each time there's a transition into a new riff/theme/section. Traditional, sweat-from-pores athleticism is replaced by musical physicality and endurance, and the end result is a mini-opus that pays simultaneous homage to an undredrepresented Capcom score & an awesome sport! Enjoy it AND the other six tracks on Futebol Arte AND the rest of the 2014 World Cup, and congrats to Ivan on a short-but-sweet & well-timed album and to jnWake for a powerful rock/prog debut!!

Okay, clearly I need to visit more regularly because I missed this track when it came out. This is phenomenal.

Oh, I love this track so much. It avoids sounding like a medley as much as possible and that's cool. I love how the mood changes throught the track - from something hopeful it changes to aggresive and pumping and sort of upbeat. Though, I like the "hopeful" section (0:00 - 3:57) more becuase of cold piano licks. Simply amazing!

I've next to no knowledge concerning soccer-- even when Mega Man is playing it-- but this is an impressive arrangement. Definitely avoids that choppy medley feel. I seriously couldn't believe it was that long-- didn't feel like it!

This game was actually one of my favorites when I was younger and I actually enjoyed soccer (I'm not sorry. It will always be soccer to me.) because it was the one sport I was decent at. Hearing most of the themes in the game, especially Wily get some love and hear MMSoccer represented like this makes me want to bust it out and play it again. I love hearing the energy of this mix change inbetween the various sections and add some life to the mix. Terrific work, I'm definitely a fan of this one.

Haha I didn't notice the pun in there actually, I just meant that most Mega Man songs are rock-ish by nature

Anyway, I hope you guys enjoy the song despite some production flaws it has here and there. Mixing metal and 8 minute songs is though

And I think it was mixed fairly well!

Rock for Mega Man Soccer. I see what you did there. *cough* Though I think I see a possessive in the game title.

Haha I didn't notice the pun in there actually, I just meant that most Mega Man songs are rock-ish by nature

Anyway, I hope you guys enjoy the song despite some production flaws it has here and there. Mixing metal and 8 minute songs is though

A wonderful remix of Megaman Soccer. Loved the pianos!

Though I think I see a possessive in the game title.

We go by box art, not title screen. But if you search with the 's, it'll come up.

By the way, folks, it's worth noting that the breakdown Wake included in the album notes is pretty accurate, i.e. at nearly any point in the arrangement, there's at least 1 source in play; pretty impressive for 8+ minutes!

Rock for Mega Man Soccer. I see what you did there. *cough* Though I think I see a possessive in the game title. 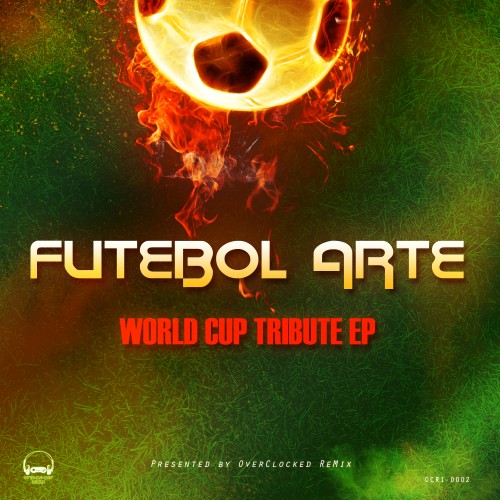